For those not acquainted with mid 90s British culture, they were a strange time to be around. Bands like Oasis and Blur gave birth to the “Brit Pop” movement, and in turn, the tagline of “Cool Britannia”. Tony Blair, benefitting from the shambolic Conservative government under John Major, actually convinced us all for a brief moment that things could indeed get better. Everton actually won a cup, giving Sir Alex Ferguson’s Manchester United a bloody nose in the 1995 FA Cup Final. And tucked in amongst it all was Euro 96, an international football tournament that actually featured an England side who could consider themselves worthy to wear the famous shirt.

Of course, rose tinted-spectacles tend to make things seem better than they truly were. The 90s, despite producing its fair share of great art, was also a particularly loutish decade when given any real examination. To be cool in the 90s, you had to sneer and snort in derisory fashion at anything that was even so much as 5 minutes old. 90s fashion seemed to be based around who could be the most non-committal at all times, and things like Retro-styled video games in particular certainly weren’t in vogue.

So, despite it definitely having its moments, the UK in the 90s was hardly the cool utopia it is often portrayed as. At its heart, it was probably a decade built more upon insecurity than any other in the 20th century, as continuously moving goalposts made it hard for anyone to truly have their hand on the pulse of what was “in”. Don’t get me wrong, there was much to enjoy and appreciate in 90s Britain, but sometimes people can tend to got a bit overboard when eulogising it.

Euro 96 itself is a tournament that hasn’t aged particularly well. Everything directly involving England that was considered great (Three Lions, Gazza’s goal, battering Holland 4-1, Pearce’s penalty, the gallant effort in defeat to Germany in the semi finals) is still great. However, it’s hard to escape the troubling reality that the actual football itself isn’t particularly entertaining, especially in the later rounds. The fact that so many of the matches are played in front of scattered crowds doesn’t help either, with there being many more empty seats than there are goals. 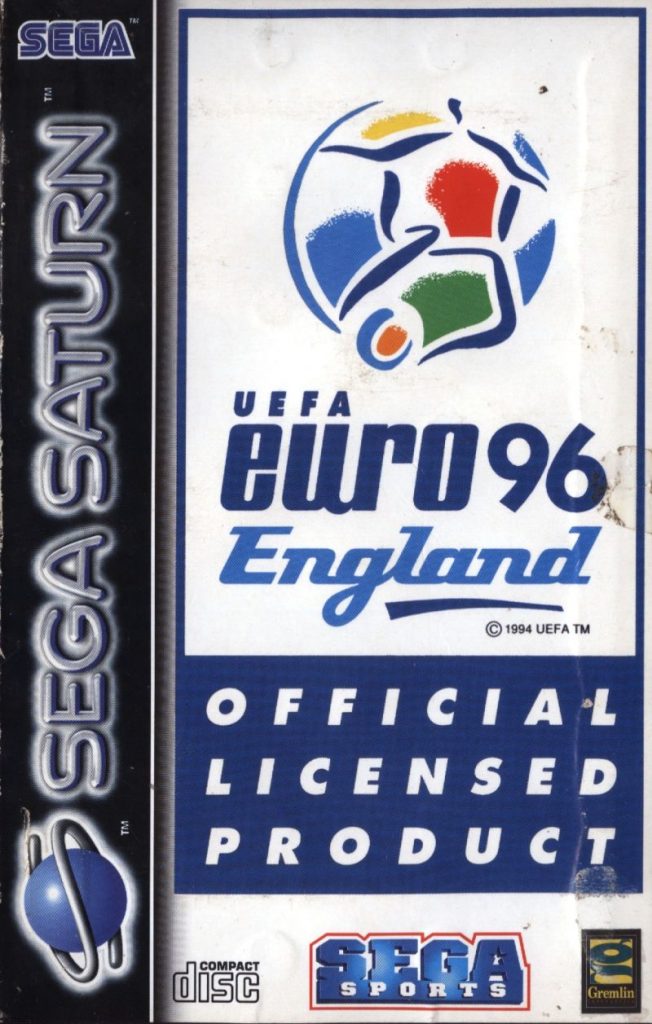 That being said, Euro 96 wasn’t an absolute disaster and did produce some very fine goals from Suker and Poborksy respectively, as well as an excellent underdog Czech Republic side bravely fighting their way to the final against the odds. To try and cash in on the tournament, Gremlin Interactive decided to release a tie-in game based on the Actua Soccer engine in the PAL region. For some reason though, they deigned to release it for PC and Saturn only. Why they would exclude the PlayStation when it was doing so well at the time is mind boggling, especially as Actua Soccer itself had seen a release to the system.

As with most cases when it came to Gremlin, the PC version is playable, if unremarkable, and the Saturn version is absolute mince. I really can’t convey to you how awful Euro 96 truly is on the SEGA Saturn, but I’d go as far to say that it’s possibly one of the worst games I’ve ever played. It’s certainly the worst one I’ve played for Rings of Saturn, and when your efforts are worse than “Hardcore 4×4” (also a Gremlin release), you know you’ve made a truly abysmal game.

Did Gremlin have a secret mission to kill the Saturn off by making atrocious games for it? Considering how rancid both Euro 96 and Hardcore 4×4 are, I honestly don’t think such an outrageous claim is quite so outrageous.

Euro 96 has possibly some of the worst graphics I’ve ever seen in a sports game. There are honestly releases from previous generations that look better. By far one of the most insulting parts of the game is that every single player looks the same, that being white with dark hair. Thus, prominent African Caribbean players, like Paul Ince, end up looking like a violently ill Chris Sutton, which is both lazy and insulting. I mean, I get using the same model for everyone, but could you at least take the time to give everyone the right pigmentation? Was that really something so thoroughly beyond Gremlin? 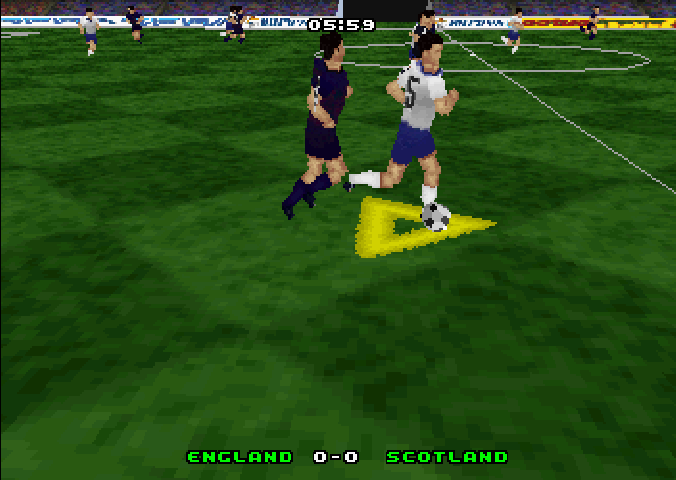 On par with the terrible graphics is the frankly appalling gameplay. Players move like they’re wading through treacle mixed with molasses that has been thickened with corn flour. Even worse, passing and shooting are so inaccurate and unresponsive that Alan Shearer may have only taken a shot just now, despite me pressing the button five hours ago. The controls are as thoroughly unintuitive as you could imagine and provide only frustration and misery to anyone who likes to play fluid football.

The full Euro 96 tournament is included, along with friendly and practice modes, but it’s unlikely you’ll have the desire or stamina to slog through it due to how wretched the overall gaming experience is. I honestly can’t find a single redeemable feature about the game. Even Barry Davies’ commentary, which is possibly the best thing about the PC release, has been carved up and butchered for the Saturn version.

I couldn’t possibly recommend Euro 96 to you. Playing it left me unhappy and emotionally destitute. It’s a shame because the game could have potentially not been utterly awful, but Gremlin sunk it right out the gate through lack of care and quality control. I’d say avoid this game like the plague, but catching the plague might actually be preferable to playing it.

Despite being a tournament that wasn’t quite as great as we all remember, Euro 96 most assuredly deserved a better attempt in the virtual arena. France and Holland’s wretched quarter final has nothing on this game, that I can assure you. 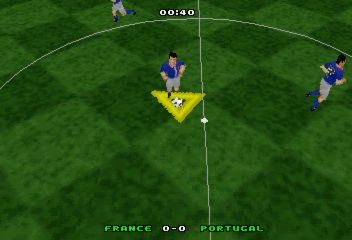 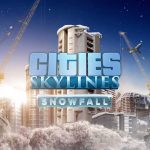 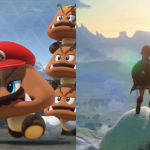 What The Legend of Zelda: Breath of the Wild and Super Mario Odyssey Tell Us About Nintendo’s Open-World Philosophy