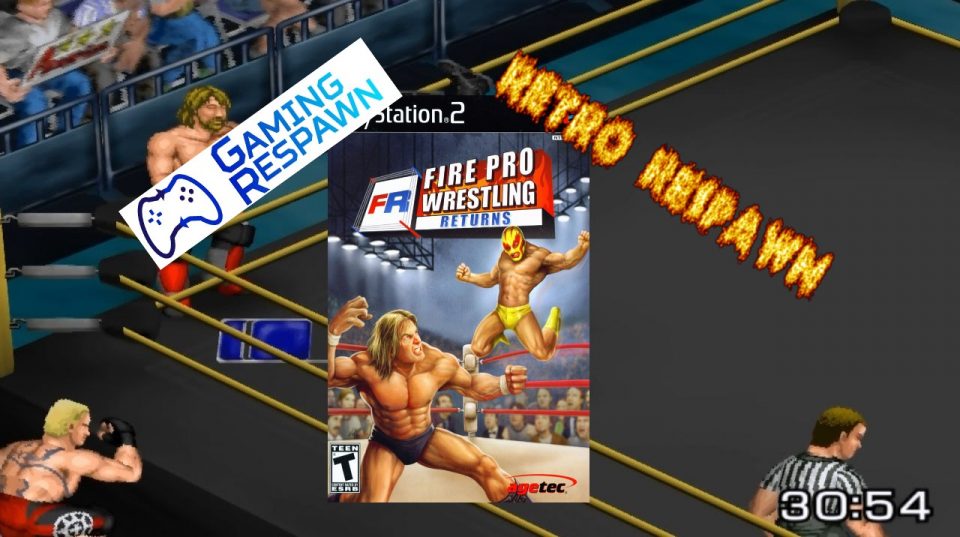 Fire Pro Wrestling Returns is a game that I absolutely love. I think if you totted up all the hours I have spent playing it, you might find it was the PlayStation 2 game that I have spent the most time on. I’ve been playing it pretty religiously since 2008 when I first got my grubby mitts on a copy, and I’ve been enamoured with it ever since. Even the release of a new game in the series hasn’t reduced my devotion and love for it, although Fire Pro Wrestling World is also a very enjoyable game to play and scored very well when it was reviewed for this site.

In some ways, I was lucky to even get to play Fire Pro Wrestling Returns at all as it never actually saw a release to the UK. For whatever reason, it was deemed that we here in Britain weren’t equipped to handle the sheer barefaced awesomeness that was FPWR, so for a while it looked like the only way we’d ever be able to play it would be to import it in from the USA or Japan. Thankfully, that didn’t end up being necessary. We did need to import the game, yes, but from somewhere much closer to home. 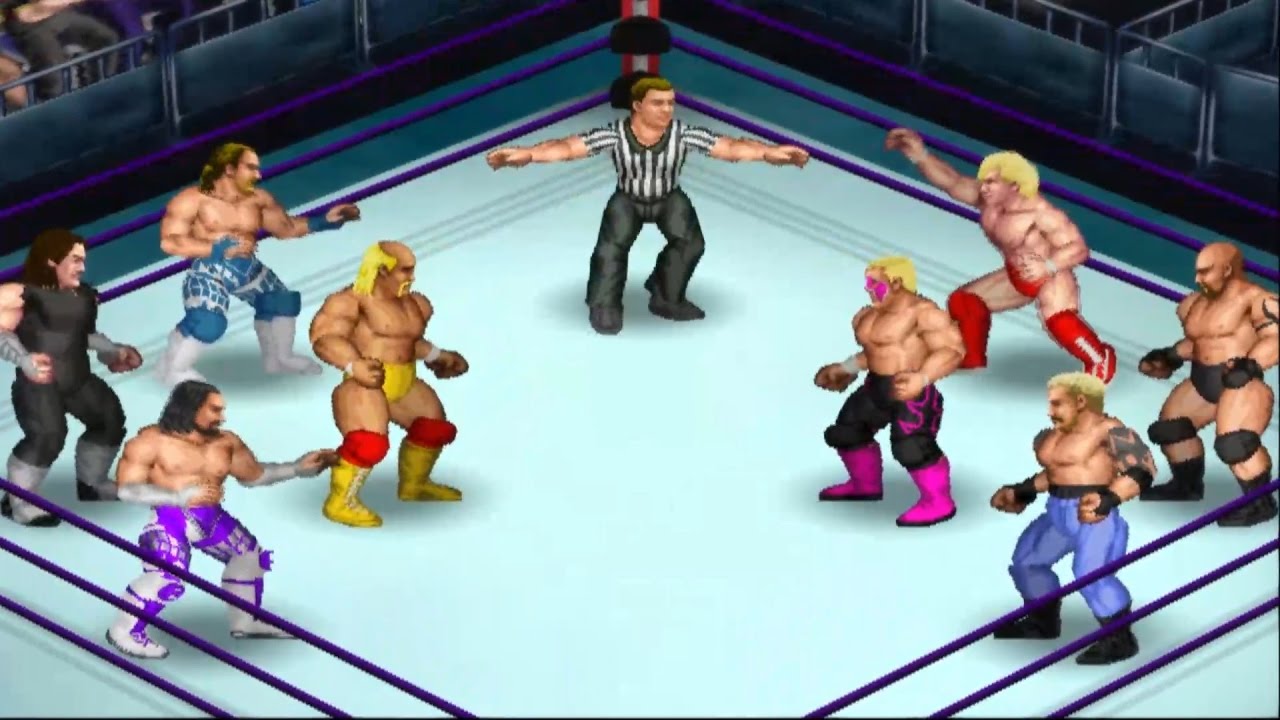 Fire Pro Wrestling Returns did eventually see a release in Europe courtesy of publisher 505 Games, but it only made it as far as Italy, Spain and Portugal. I’m not entirely sure why 505 decided to pick the game up when other publishers decided to pass on it, but it could have been because they were an Italian-based publisher, and wrestling was enjoying a decent period of popularity there in the mid 00s. Indeed, WWE in particular was so popular in Italy during this period that they even taped their flagship shows Raw and SmackDown in the country in 2007.

Considering the popularity wrestling was enjoying in Italy, 505 Games may have decided that it was worth taking a gamble on importing Fire Pro Wrestling Returns from Japan, and I’m eternally grateful that they did because it made getting a copy entirely less complicated. I remember it cost me about £25 to get the game at the time, and I actually bought it from an Italian website, which I think was one of the first times I’d ever done something like that. It’s a massive shame that anyone in the UK or Ireland had to go to this much trouble to get the game as it probably meant a lot of wrestling fans who would have really enjoyed the game likely never even knew it existed. 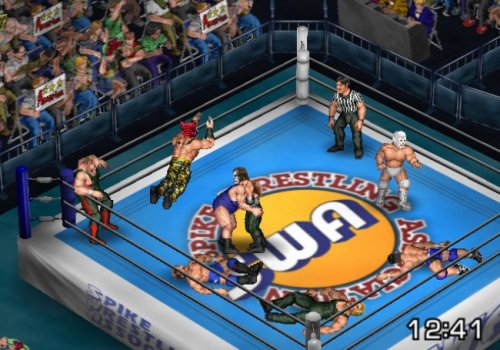 Like previous games in the series, Fire Pro Wrestling Returns’ gameplay is based around timing and also building a match in a realistic manner. Walking into your opponent will initiate an automatic grapple, at which point you will need to press one of the face buttons at the right time to pull off a move before your opponent is able to deliver one of their own. In the early stages of the match, if you both initiate an attack at the same time, then your wrestlers will go into a test of strength battle just like Hulk Hogan and The Ultimate Warrior at WrestleMania VI where you will have to mash the D-pad in order to win the battle and pull off a move.

Each wrestler has attacks ranging from light (square), medium (cross) and heavy (circle), and it’s advisable to try to wear your opponent down with the light attacks first because if you go straight in for a big heavy move from the beginning of the match, then there’s a good chance it will be automatically reversed. The game does a good job of throwing in some counters and reversals if you’ve been on the defensive for a period of time, which keeps things interesting and stops matches from becoming a one-sided whupping. 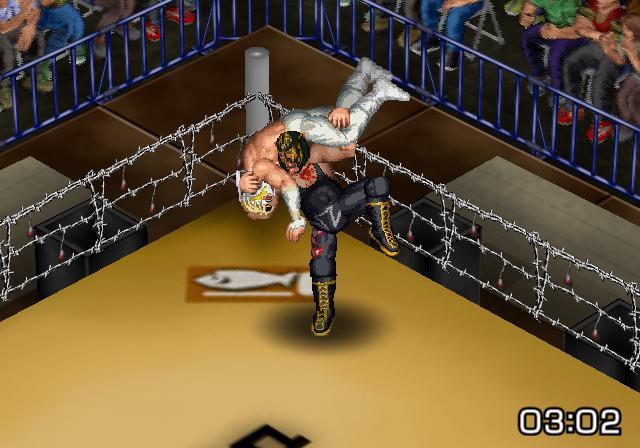 Along with standard singles matches, you can have a multitude of different styled tag matches, with the option for a full on 4v4 Survivor Series-styled elimination match, should you wish. One of my favourite things to do in the game is to use the random select button to put together wacky 4-wrestler teams, which always delivers something a little bit different. Extreme Death Matches can be found in the game also with matches where the ring explodes after a set period of time, as well as other matches where the ring is surrounded by landmines, and you can fling your opponent out of the ring onto them to cause maximum damage. In total there are seven different match types, along with a Battle Royale mode, so there’s plenty of ways to beat down your rivals.

The main single-player mode is known as “Matchmaker”, which sadly doesn’t see you setting the wrestlers up on dates with one another like you’re Davina McCall but rather sees you putting together events with the goal of attracting paying fans to your shows and entertaining them once they are there. You can choose to take part in the matches or allow the computer to battle itself, but getting involved can sometimes increase excitement of the bout and get it a better rating. The mode doesn’t have the sort of longevity that you’d find in the likes of the SmackDown Vs Raw games that were released around the same time as it comes to an end after just 12 shows, but it’s still a lot of fun, and you can always play through it again to try and improve your score. 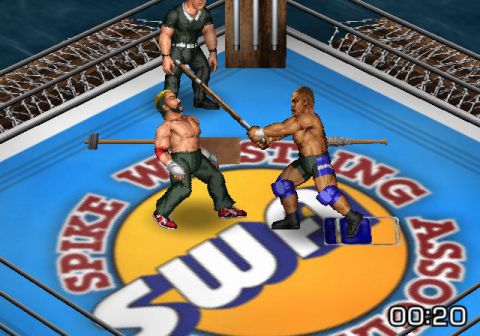 Fire Pro Wrestling Returns isn’t licensed, but the wrestlers in the game are based off real life competitors, and thanks to Action Replay, you have the option of downloading all sorts of additional Create-a-Wrestlers and saving them to your memory card, as well as having the option to change the names and attires of the existing wrestlers in the game. The edit mode in general is just fantastic as you can create your own wrestlers and micromanage all of their details until you get them looking and fighting just as you intend.

Fire Pro Wrestling Returns is a wonderful wrestling game and one I enjoy immensely. The controls do certainly take some getting used to, but it’s definitely worth it, and the ability to update your roster via Action Replay means you can keep introducing new competitors to the ring wars at your heart’s content. It’s not a cheap game to procure, and when you consider that Fire Pro Wrestling World is much easier to pick up and is a great game in its own right, you’re probably best off just going with that if you fancy some Fire Pro action. If you own a PS2 though and want a great wrestling game, then this will be your (slam)jam! 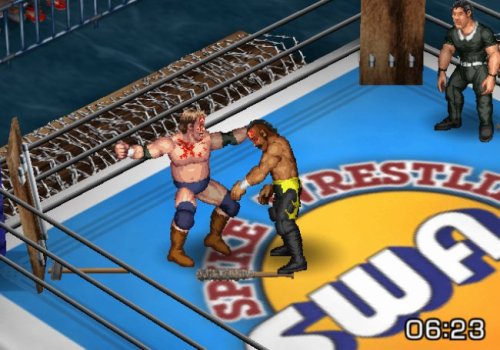 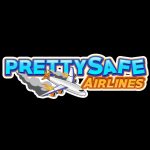 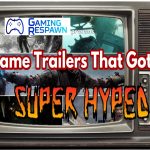 Gaming Respawn’s Game Trailers That Got Us Super Hyped