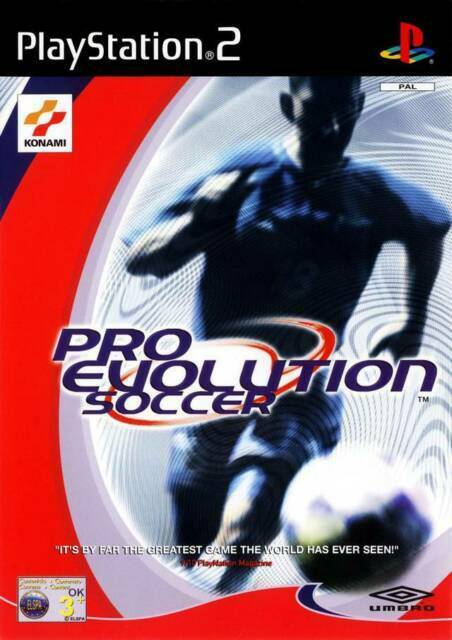 After over a month in Wrestle Land, it’s time to return to video games this week as I take a look at a game from the early days of the PlayStation 2 that went on to be one of the most enduring sports games series of the past twenty years in the form of Pro Evolution Soccer. Released in 2001 by Konami, the original Pro Evolution Soccer was a direct successor to the International Superstar Soccer series from the fourth and fifth generations. ISS would eventually continue on as a more arcade-focused series, whilst PES would continue to be Konami’s main simulation soccer game.

I had been a fan of the ISS series since way back on the Super Nintendo, so I was very excited to see how the series would translate to the PS2, especially as I’d been falling further and further out of love with the FIFA series following its fifth gen peak of FIFA 99. Pro Evolution Soccer may have lacked the player licenses and additional modes of FIFA 2002, but when it came to the gameplay experience, it was miles better, and I was instantly impressed after playing it for the first time at my friend Jim’s house. I was over to his gaff for the weekend, so we decided to rent some games from the video store (I’m proper aging myself there, aren’t I?), with two of them being footy games. 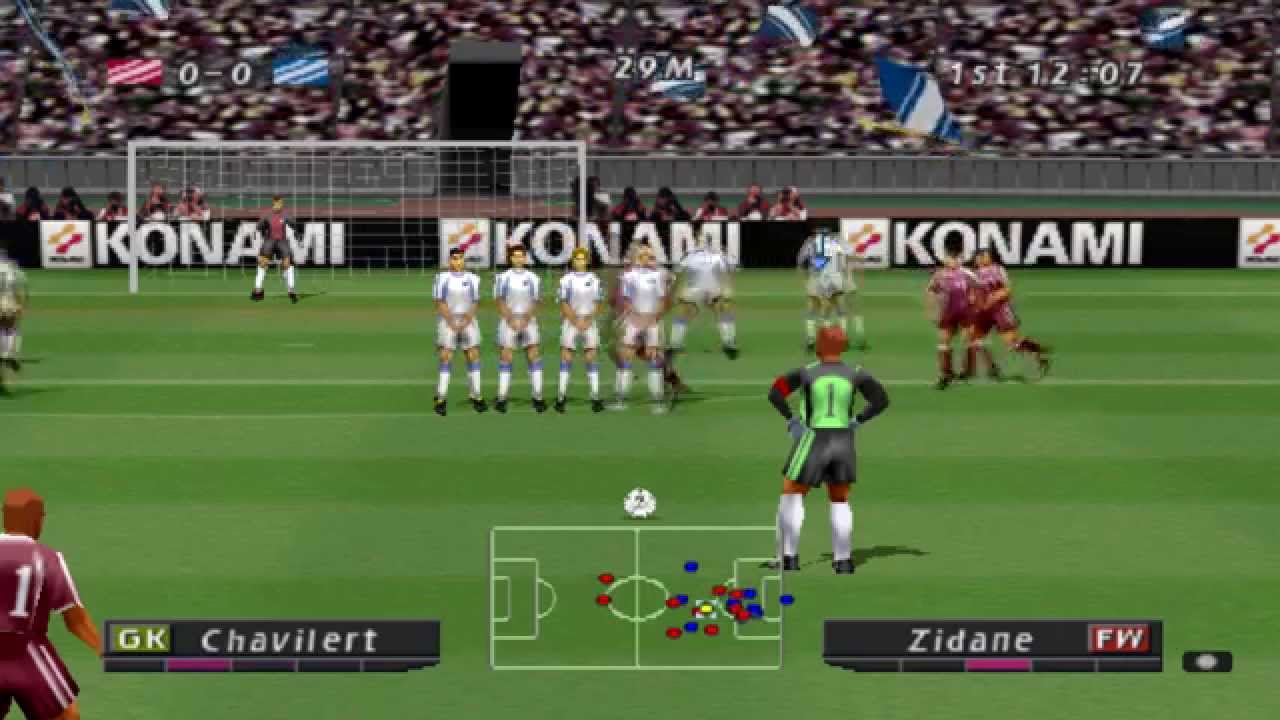 Interestingly, the second football game we rented was This Is Football 2002, but after playing Pro Evolution Soccer first, we lasted all of a game or two on This Is Football before sticking PES back in again, and I don’t think we touched it again for the remainder of the weekend. We were instantly gripped not only by PES’s great gameplay, but we were also very impressed by how it looked. Yes, to modern eyes, Pro Evolution Soccer is hardly a feast for the orbital region, but back in 2001, it looked more than decent, especially as the sixth gen had nowhere reached its peak yet graphically.

Gameplay-wise, the game resembles more the ISS games from the fifth gen rather than what PES would be known for today, and it’s likely that modern PES lovers might find it a bit janky in places. The core buttons are basically the same, with square being shoot, circle being long pass, cross being normal pass and triangle being the through ball, with R1 being sprint. A new addition though is that R2 can now be used as a slightly slower but more accurate version of sprint that allows you to control the ball better and make all sorts of defence-splitting slalom runs should your timing be spot on. This was actually quite a revelation back in the day, especially as a full on sprint could often be a nightmare when trying to manoeuvre around opposition players.

At times the gameplay can feel a bit stilted, but that’s more down to the fact that the Pro Evolution Soccer series was still growing and changing. The core gameplay is still solid, and you shouldn’t have too many problems getting used to it if you’ve played later games in the series, although you will need to adapt a little bit. For the most part, the game is still a lot of fun to play, and it really was an evolution on the ISS series as opposed to an outright revolution. You can really see Konami laying the groundwork here for further games in the series, and indeed, they would spend most of the sixth generation handing the FIFA series its cotton socks when it came to gameplay. 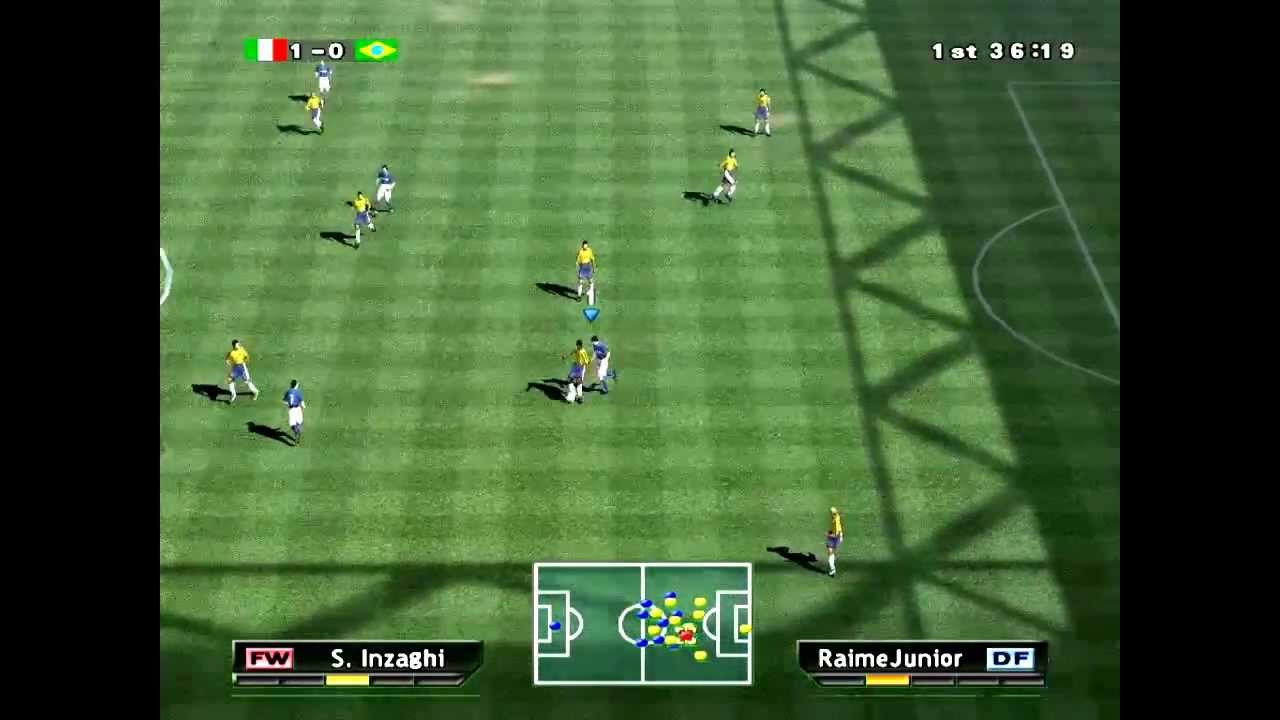 Not all about the game is great, with the commentary from Chris James and Terry Butcher in particular being utterly dreadful with wooden delivery and stale clichés ruining any chance it has of being any good. The lack of licensing hurts as well, although you do have the option to edit player names, should you wish to. Some players are licensed, but sadly, most of them aren’t. There are some club teams in the game as well, but the number is limited, and none of them are licensed either. I mostly tended to play with the international teams when I went back to this, and the much vaunted Master League has never really been my jam, with me still yet to complete it on any of the Pro Evolution Soccer games.

All in all though, this is a good opening attempt, like a promoted side who has a decent season in the top flight and finishes a respectable 8th in the table and maybe has a nice run in the cup to boot. Critically, Pro Evolution Soccer was a smash hit, and it sold well enough to earn itself a sequel the following year before becoming the main rival to EA’s FIFA series from that point onwards. Sadly, Konami have soured many video game enthusiasts over the years with their questionable business tactics and mostly awful games, but back then they were on the ball (pardon the pun), and Pro Evolution Soccer is a good example as to why. 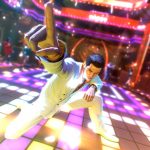