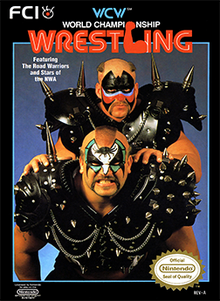 I’ve been excitedly anticipating the release of RetroMania Wrestling for the Nintendo Switch as it’s due to hit virtual storefronts this month. However, as of writing this, it hasn’t hit the Nintendo Store yet, so with nothing else to play this week, I decided to stick with the pro wrestling genre by taking a look at WCW Wrestling for the Nintendo Entertainment System, mostly due to its penchant for the button-mashing arcade action that can be found in WWF WrestleFest, the game RetroMania will be hoping to pay suitable homage to.

Released in the spring of 1990 by FCI Inc. in the West, WCW Wrestling features a 12-man strong roster of beefy bone breakers and has an impressive selection of moves for a third gen wrestle ‘em up. Before each bout you are given the option of choosing four specific moves for your wrestler of choice from an option list, with each one being animated rather well. To gain access to the moves in question, you must first stun your opponent by either punching or kicking them so that they hunch over. At that stage you can either press the B button to send them to the ropes with an Irish Whip or press the A button and a direction on the D-pad to perform one of your trademark moves. 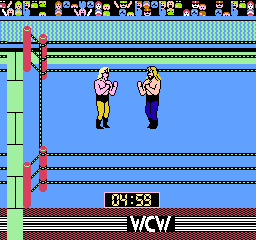 The moves on offer for your wrestler are based on the move sets used by grapplers from Japan as WCW Wrestling is a reskin of a game called Super Star Pro Wrestling, which means you do sometimes get some unexpected holds and slams that the wrestler in question might not normally use, such as Lex Luger busting out Antontio Inoki’s enziguri move, even though he was more well known for moves like slams and piledrivers in real life. Despite this though it’s still cool that your wrestler has a specific list of nicely animated punishing moves and holds for you to deliver, especially as that wasn’t always the case with some of the early console-based wrestling games.

By holding down A, you can power the move up somewhat so that it will cause the most damage it possibly can upon delivery. Neither you nor your opponent has a visible health bar, but you will be able to tell how close to defeat you are by seeing how high the power bar can go when you hold down A. If you can get the power bar full before delivering a big move, then you will have a pretty good idea that a resulting pin or submission attempt may deliver you the beans and liver. You can even climb the turnbuckles to jump off with either a knee drop or flying splash to a downed opponent, and should the fight spill outside the ring, you can clonk your foe with a handy wrench should the action get a little too dicey for your liking. 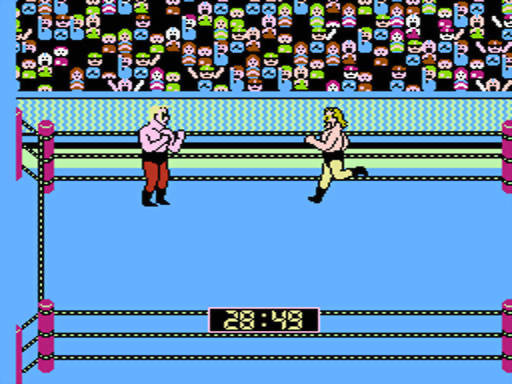 Roster-wise, you get a healthy selection of WCW names from the time, with Main Event guys like Ric Flair, Sting, Lex Luger, Ricky Steamboat and The Road Warriors all being present. Chances are that list will ensure at least one of your favourite wrestlers will be selectable, but if you also retain some long lasting love for Eddie Gilbert, Michael Hayes or The Varsity Club, then that itch will be scratched as well. It would have been nice for Terry Funk, Brian Pillman and The Midnight Express to be present also, but in general, it’s not a terrible roster, and it’s cool that Gilbert made the cut, especially as it’d be his last appearance in a video game until he appeared in the Legends of Wrestling series.

What hurts WCW Wrestling when it comes to the single-player experience is that there are no selectable difficulty levels, which means you are basically thrown into a match with a ruthless computer-controlled opponent with no real opportunity to get your bearings. Playing as Steve Williams against Michael Hayes my first time out, I think I got one move in for the entire bout before getting squashed in less than two minutes. It’s absolutely merciless, and I got barely anywhere with it due to just how difficult it was. I know that making a game so ludicrously hard that it was near impossible to beat it is what constituted as giving the player value for money back in the third gen, but this is ridiculous even by those standards. As a result the most fun you’ll probably get from this one will be if you play it in multiplayer, where it will at least be an even playing field of sorts. 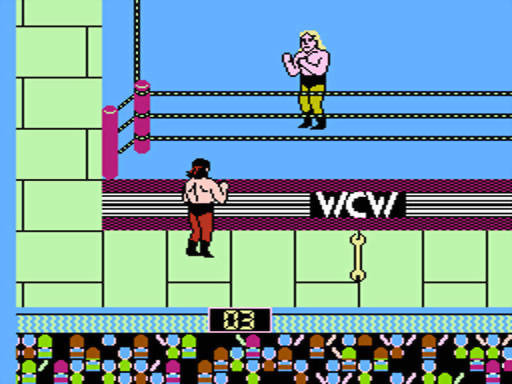 Graphically, the game doesn’t look too bad, with the wrestlers’ faces in particular looking reasonably like they should do. The lower halves of each of the wrestler’s bodies are coloured strangely though, so it looks like every fighter is wearing Jerry Lawler-styled long tights when they are supposed to be wearing trunks. It was a bit off putting at first, but I eventually got my head around it all. For a third gen game on the NES, it doesn’t look too bad though, and as previously mentioned, the nice animations of the moves give it a boost.

WCW Wrestling has a decent sized roster for the time and a nice collection of head smacking moves for each wrestler to perform, but sadly, the outrageous difficulty in single-player mode makes it near impossible to get into. If they’d just given the choice of some difficulty levels, then players could grow into the experience and possibly get to the point that they could work their way up to the hardest difficulty levels. Unfortunately though, that isn’t the case, which is a shame as the game does a lot of other things well. Still, if you’ve got a pal who fancies a virtual suplex scuffle, then you might both have some fun with this one. 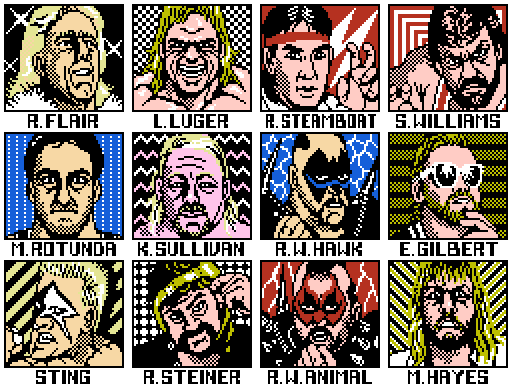 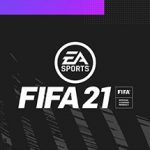