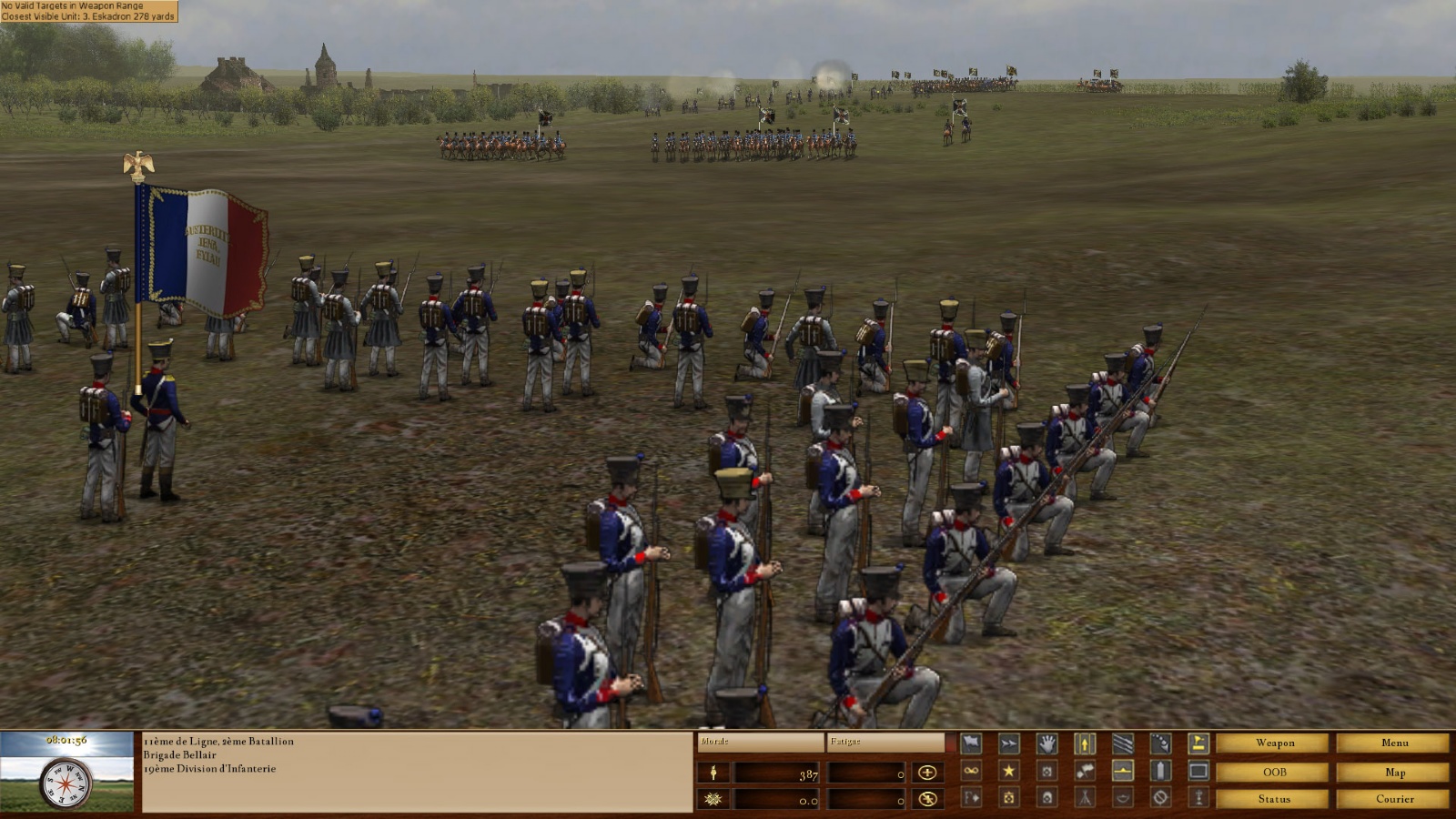 (*If you have no interest in reading a brief history of the Battle of Waterloo, scroll down to the review)

The Battle of Waterloo

The Battle of Waterloo took place on Sunday, 18th June 1815 with the allies’ 68,000 soldiers preparing to stand off against Napoleon’s 72,000 in what has become one of the most well known battles of all time. Wellington found himself on the morning of Waterloo 18 miles away from his Prussian counterparts, with Napoleon only 3 miles south, the separation of the allies led Napoleon to believe he could achieve victory and proceed onto Brussels. Ultimately, Napoleon was defeated but up until the arrival of the Prussians on his flank, it was anyone’s battle. Wellington knew that for him to be victorious, he would need the arrival of General Blucher and the Prussians and that is exactly what he got. The arrival of General Blucher was the turning point in the battle as Napoleon’s resources became stretched, he could no longer keep up the concentration of attacks he had issued against the British positions along the front.

On the morning of the Battle of Waterloo, Napoleon had delayed his advance so that the ground could firm up after a nightfall of downpour. This was a risky move as it allowed the Prussians more time to reach the battlefield. But at the same time, Napoleon risked tiring his troops by making them plow their way through mud in the early stages of the battle. Once the ground was firm enough, Napoleon decided to try and draw out the British from their defensive positions and launched the infamous attack on Hougoumont farm. 5000 French troops attempted to take the farm from the vastly outnumbered British forces defending the farm. The British, standing at just 1,500 strong, successfully defended Hougoumont despite relentless attacks from the French. At 12.30, the French made a breakthrough and broke open the gates to the farm but were unable to gain a foothold with the British soldiers closing them quickly.

With the British defending their right flank at Hougoumont, Napoleon seized the opportunity to make a break through and sent thousands of troops towards the British center, capturing Papelpotte and the area surrounding La Haye Sainte. He was confident of victory at this point if he could capture La Haye Sainte, however on the horizon the Prussians were spotted, although still some distance away from the battle. Wellington managed to send reinforcements to drive back the French from La Haye Sainte and was successful, although it would fall to the French later on in the battle.

With the French making another advance on the British lines, Wellington’s Calvary commander Lord Uxbridge charged the French infantry and dealt a blow to Napoleon’s line which was now weakened. Although Wellington found himself in no better position with his left flank now also weakened and couldn’t send another counter attack without reinforcements from the Prussians.

Napoleon ordered that La Haye Sainte be taken quickly so that he could move his artillery forward and begin attacking the British centre line at close range which would decimate the British. Wellington was unable to hold onto La Haye Sainte after several hours of attacks by the French who sent wave after wave towards the British positions. The fall of La Haye Sainte was a blow to Wellington and gave Napoleon crucial ground he craved and put Wellington and his forces on the backfoot. It was at this stage of the battle that Wellington ordered his troops to take defensive positions behind the ridge from which he unleashed his well known tactic.

Hoping to crush Wellington and break through the British lines before the Prussians could reach and reinforce the Duke, Napoleon launched a further attack on the British positions, sending 6,000 French Soldiers to the ridge the British were defending. As the French advanced, Wellington ordered his troops to lay down and hide in the long grass behind the ridge. As the French broke through the British line, Wellington gave the order to stand and fire to devastating effect. The French had walked straight into the British, allowing them to fire at almost point blank range. The losses the French suffered from this ambush forced them back, at which point General Blucher and his forces were arriving to Wellington’s left to provide some much needed reinforcement.

The allies advanced on the retreating French whose numbers were now heavily diminished. Napoleon was subsequently captured and exiled to St Helena in the aftermath. Despite the Allied victory, the battle could have been very different.

The thing I love about Scourge of War: Waterloo is that it not only lets you play out history but also attempt to rewrite it. You set different points of the battle to start from as you seek to change the course of history. We all love seeing how different things could have been if X or Y did or didn’t happen.

To be honest, I’m not sure where to begin with my review of Scourge of War: Waterloo. It is an acquired taste, that’s for sure. You have to be both a hardcore strategy gamer and a history buff to fully appreciate Waterloo for its depth, scope and grand size. This is a huge game and I don’t mean in the Total War type of huge, I mean huge in that the whole battle of Waterloo can be simulated, with tens of thousands of troops moving around the map. Not only that, but you choose to take control of any general in the battle, controlling just them and their divisions as the AI take control of everyone else. If you love detail, you’ll be pleased to know that couriers are implemented extremely well, carrying messages to and from AI commanders to yourself with updates, orders and requests, making the battles feel alive and real. There is also the chance to take control of your division from the viewpoint of your general, only being able to see what he would be able to if he were on the battlefield rather than the top-down camera.

The learning curve in Scourge of War: Waterloo however is extremely steep and diving straight in head fast will leave you feeling frustrated. Fortunately, there is a terrific game manual you should certainly make use of, taking us back to the days when game manuals were actually useful! Scourge of War: Waterloo is the closest you will ever get to being able to experience battles of the 19th century without ever being there however. Unlike the Total War games, you will find yourself spending plenty of time not doing very much or just simply marching from point A to B, waiting for your next order. While at face value that may seem boring, for those of you like me who are history buffs will appreciate the realism. I can’t stress enough my point that this isn’t a game which can be picked up and played, and enjoyed, by just anyone. Compared to previous Scourge of War games though, Waterloo is the most user friendly having undergone a UI redesign. 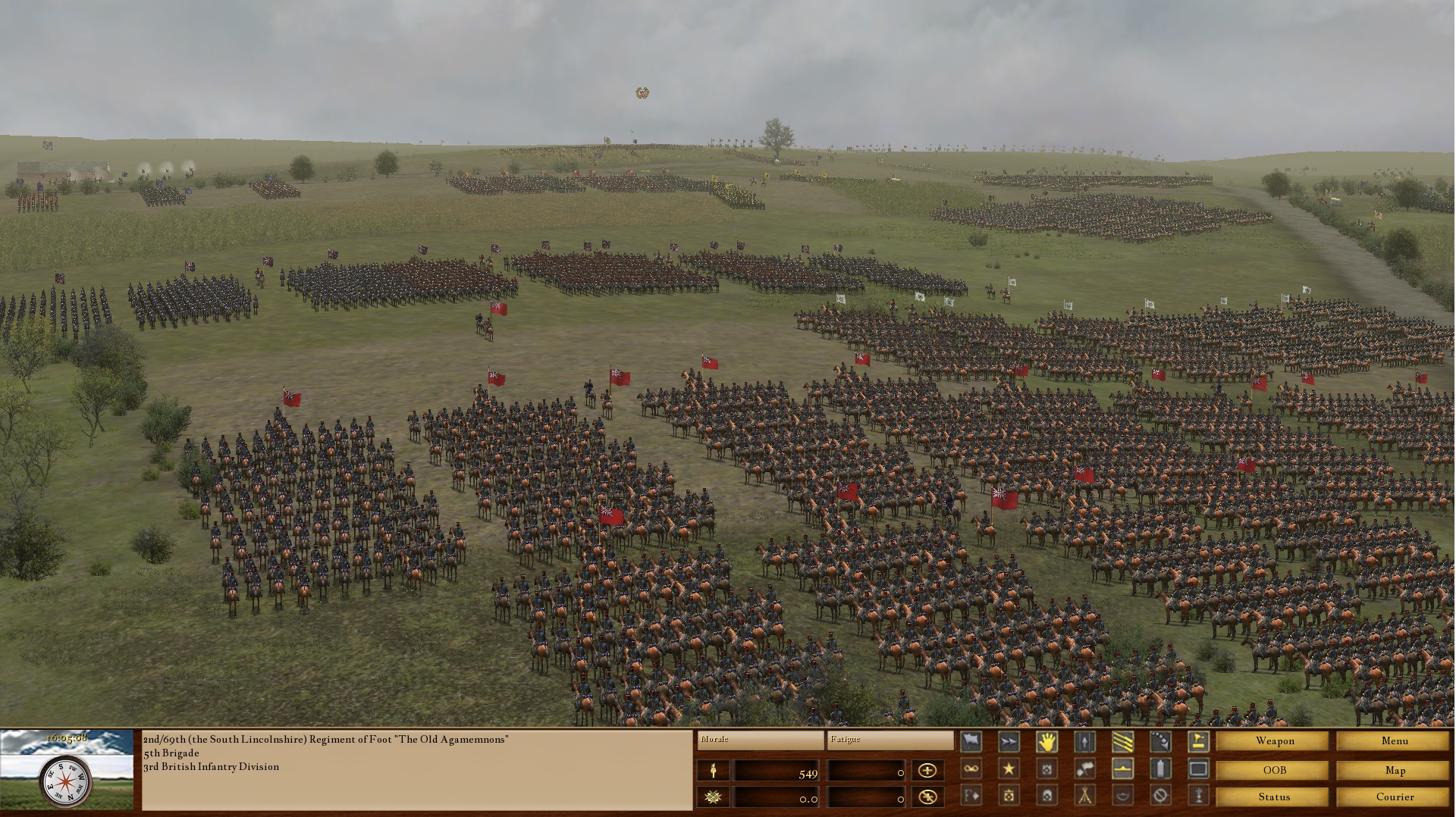 What do you get in terms of modes though in Waterloo? Well, there is loads to keep you busy with a whole range of customization options allowing you to choose your battles. There is a sandbox mode allowing you set up the battle how you wish, ranging from what units take part, such as whether the battle is between divisions, brigades or either army v army. As well as the sandbox mode, there are also 20 historical scenarios which come packed with the game from both the sides of the French and Allies. Multiplayer also features and can support up to 32 players at one time.

Graphically, there is a lot to be desired but considering its scope, it is understandable why the developers went for 2D sprites on a 3D terrain. Graphics don’t make a game however, game play does. But seeing thousands of lifeless bodies strewn across a battlefield is satisfying, regardless of how detailed those graphics are. The detail which has gone into the battlefield and sprites however is terrific and painstakingly done. If you are expecting Total War standard of graphics, you will not find them here but attention to detail was clearly on the developers agenda when creating Waterloo. Animations are nothing to write home about either and while the graphics don’t necessarily break immersion, I found the animations can, particularly when marching. Performance is a bit hit and miss unfortunately. You will have to tweak the settings to get the best results depending on your PC, with even higher end rigs struggling to run the game at a smooth FPS with everything maxed, even despite the graphical shortcomings.

The bottom line is this, if you love Napoleonic warfare, especially strategy games and want be able to experience the battle from the viewpoint of a general, then Scourge of War: Waterloo is definitely worth a purchase. While it’s price is steep, it is aimed at a specific audience. It is a niche strategy game, but when you dive past the visuals and take the game beyond its face value, Scourge of War: Waterloo is a gem of a strategy game with enormous scope and size. There’s just something about the game which immerses me into the battle and it makes me act how I would if I was on that battlefield back in 1815. 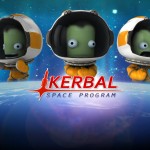 Kerbal Space Program blasting its way onto Wii U

Rings of Saturn. Issue #9. “NBA Jam Extreme” and “Scorcher” in THE GRUESOME TWOSOME OF DOOM………SOME