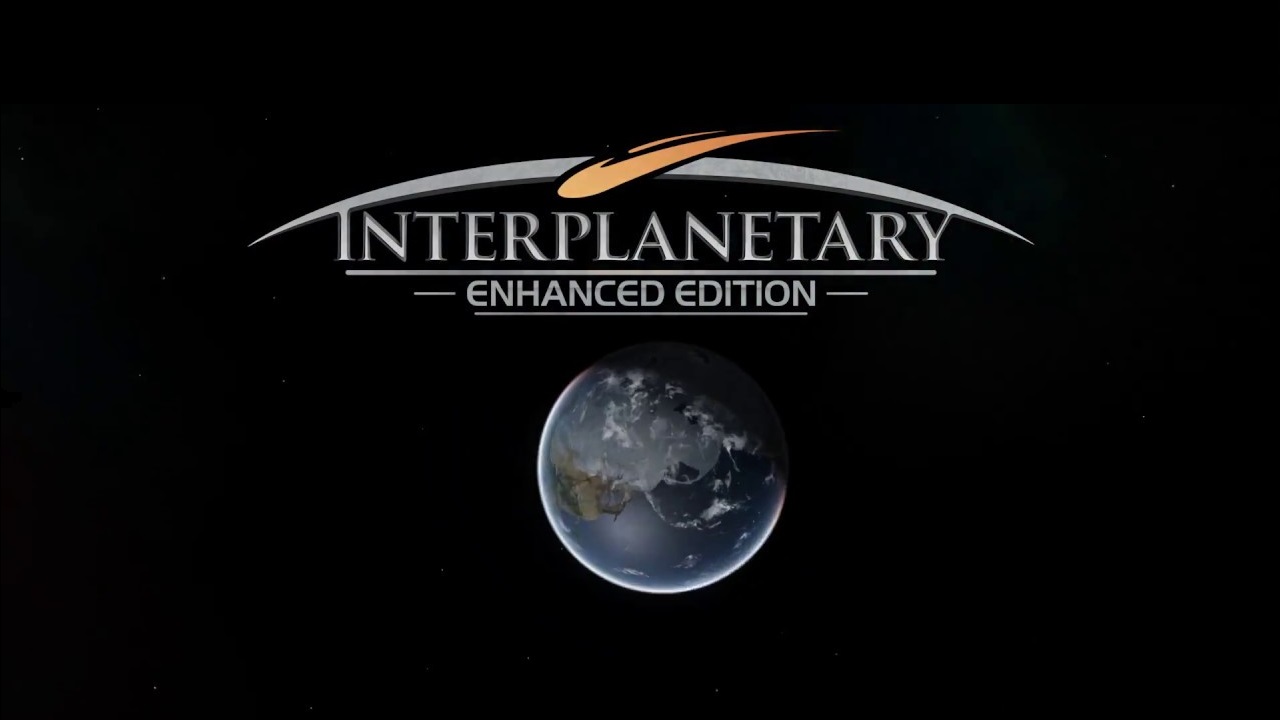 Sometimes a company makes a game so good that it becomes an instant classic, spawns a sprawling series of sequels, and completely cements the company’s name as being inseparably linked with that game. This last part can often be called the ‘FromSoftware’ syndrome, no matter how good any game they make afterwards may be, no one will be able to forget that they are the ‘Souls’ people. It may be no surprise to most of you that Team17 is one of those companies, and that the game they will forever be associated with is Worms. The reason that this information is important is because Team17 made Interplanetary, and it is basically Worms in space.

The main point of the game is to take control of your own planet as you build weapons, defences, resources and intelligence structures and try to blow your neighbouring planets out of the sky. You also have to select different research options to pick how your civilization advances in its knowledge of the arms race. 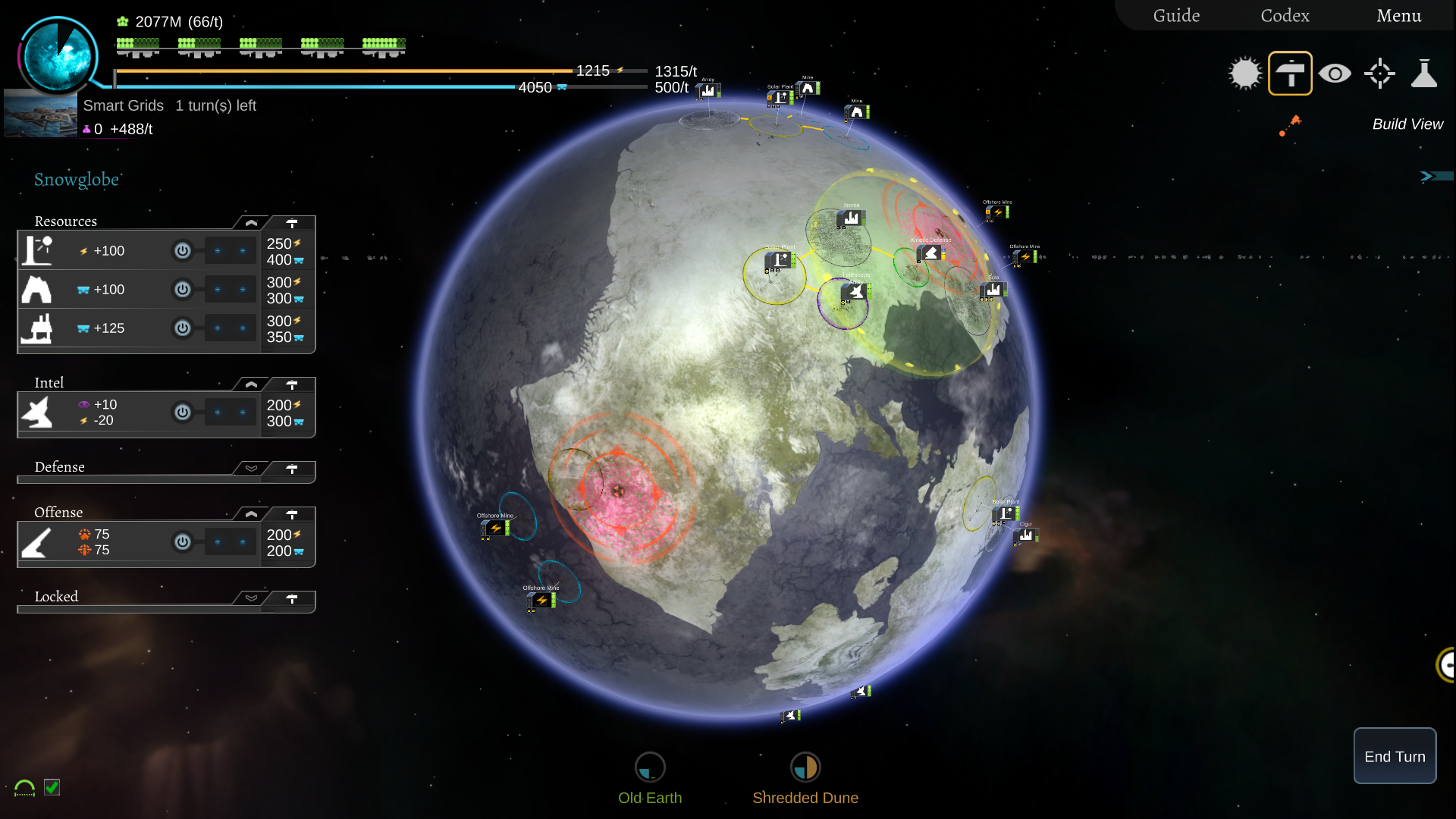 As you start out, each planet only has access to a very small number of buildings that fall into one of the aforementioned categories of weapons, defences, resources and intelligence. On the weapon front, you start out with a basic railgun, a weapon with no automatic targeting and middling damage to both buildings and populations. Resource-wise, you can build both mines and solar plants. Mines provide you with ‘material’ each turn, a generic resource used to produce new buildings, and solar plants both power your other buildings and give you a certain energy threshold to use up each turn. While material and energy are both required to build new structures, energy is also required to fire your weapons and activate your defensive shields each turn, so balancing building with offence and defence is a key part to the game’s strategy.

The research tree provides you with many upgrades for your various buildings, including the option to unlock entirely new buildings as well. Each time a new research topic is finished, the game will ask you to select a new topic, and it is up to the player which one gets unlocked first. It may be in your best interest to aim for intel-based upgrades in the beginning as you start without any options in that building category. However, you also start without any way of defending your planet from enemy attack, so it is possible that defence structures should be an area of focus. This selection of research paths is another facet to the game’s strategy and can mean the difference between victory and defeat.

As you unlock more efficient power and material buildings, you also unlock improved weapons. While the railguns with which you start can only aim directly at a planet, you eventually unlock weapons that do increased damage and can also be aimed at specific areas of the planet. Once you have the ability to aim at specific areas, intel becomes an increasingly important element in the game.

Intel buildings are used to find out information about your enemy planets, and counter intelligence buildings protect your own planet’s information. Without any intel, you will be unable to tell where an enemy player’s central cities are, which in turn will leave you only able to take pot shots at your enemies. This strikes a delicate balance between attack and defence, forcing you to prioritize between finding out the locations of your enemies’ buildings and defending your own information from prying enemy eyes. 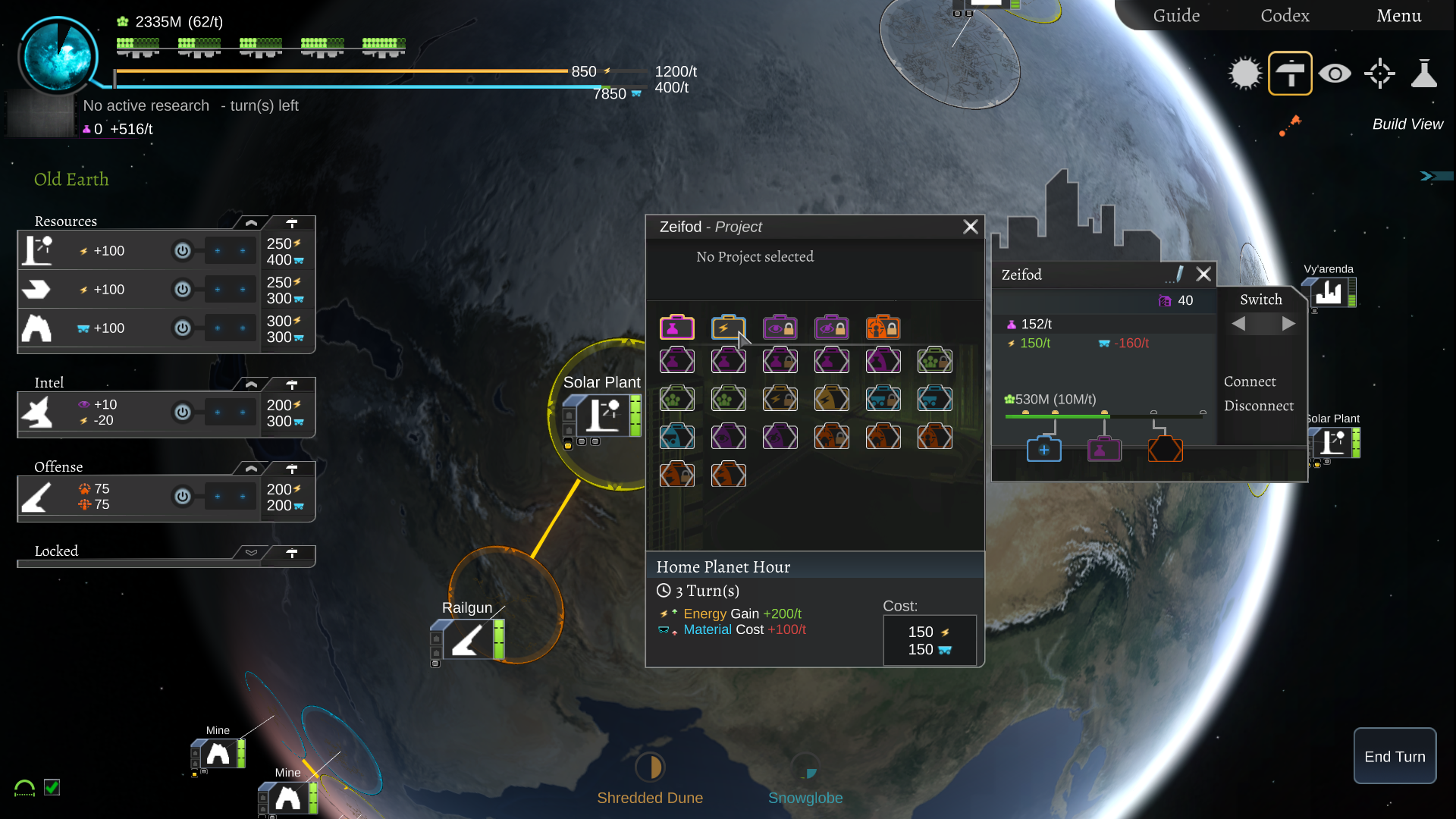 The other building type unlocked from the research screen are defensive buildings. At first, you’ll unlock a simple kinetic shield which has a questionable rate of success, but eventually you unlock shields which have a wider radius of protection and actually stand a chance of protecting your cities.

During your turn, you have a chance to aim and fire any weapons you have built over the previous turns. To do this, you must plot a course across a wide system map filled with enemy planets and other astrological bodies. Each of these different planets has a gravitational effect on your bullets, and they all orbit around the system’s central star, both of which are effects that must be taken into account when aiming your weapon. If you’re good at visualizing trajectories, you can use a planet’s gravitational pull to arc shots around the system to hit a planet sneakily.

When setting up a game, you can choose a large number of both human and AI opponents, and each of the AI opponents can have different difficulty levels. While having an easy mode for enemy AI is nice, it doesn’t seem to actually make the enemies any worse at hitting you. For the most part, even on easy mode enemies have a tendency to find their mark 9 times out of 10. However, when you have a full roster of enemies in the same system, it doesn’t matter too much, combat becomes a huge free-for-all pretty quickly. 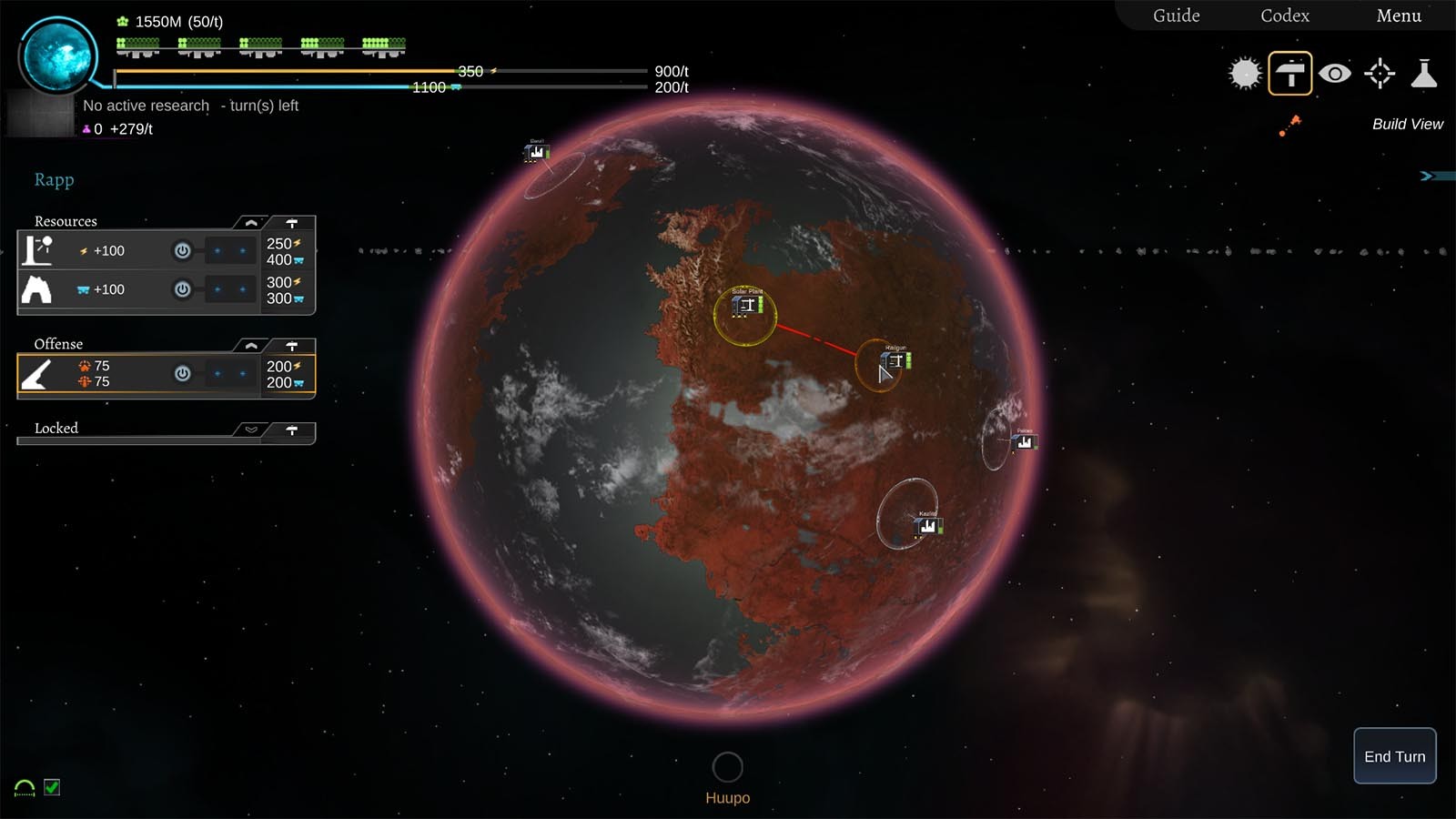 The intel and research systems are both quite complicated, and anyone not willing to put in the effort to figure out these systems is probably going to be turned off by the experience. While the systems are complicated, this does provide the game with a lot of strategic depth that will keep interested players coming back over and over again. On top of that, the inclusion of the Worms-style ‘hot seat’ multiplayer mode means that if you can find enough friends to play with, you can have them within arm’s reach when they blow up one of your cities. The game also has an online mode in case you don’t want your friends to throttle you when you beat them.

Graphically and musically, there has been some improvement over the original version of Interplanetary, although the graphics and sound were honestly never going to be a major selling point. The true draw of the game is always going to be the depth of strategy it provides, as well as the fun of multiplayer interplanetary wars between your friends. 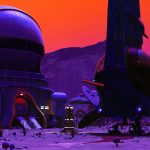