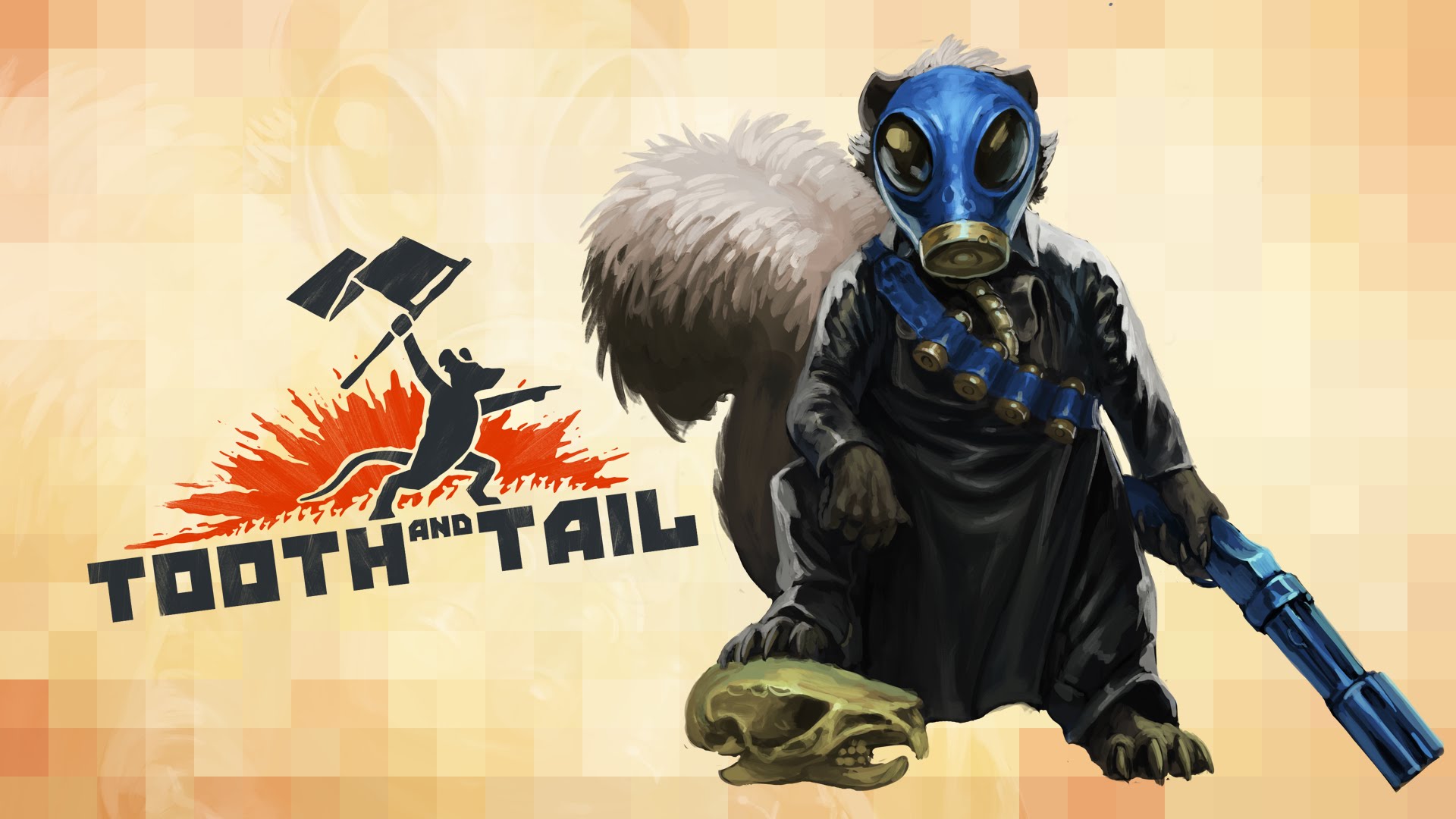 Pocketwatch Games is known for their hit game Monaco: What’s Yours Is Mine, a bright, energetic, new crack at strategy. Players led their teams through multifaceted heists which tested their skills in solo or cooperative missions. The game went on to win multiple indie awards, as well as giving Pocketwatch the funds to move on and create something new. Though most expected something with that strategy pizzaz in it, what we’ve gotten is something with much more than strategy elements. They have come together and produced an RTS that might not have the immediate fan base to overtake the major players in the genre but does have some of the most interestingly simple gameplay I’ve experienced in an RTS game, and even in any strategy title altogether.

Tooth and Tail, Pocketwatch’s newest game, is a foray into a type of game I’m not used to playing. The quick, complex thinking involved with the RTS genre has mostly kept me from entering the world fully, like a lot of others. Games like those in the Halo Wars series that make this nuanced pace of play simple have been the rare titles to let this group dip their toes in without getting too specifically involved with them. In a way, Tooth and Tail treads on this line while also keeping with the traditional RTS feel. It does so with an understanding of its more serious aspects while also fully embracing its sillier concepts. 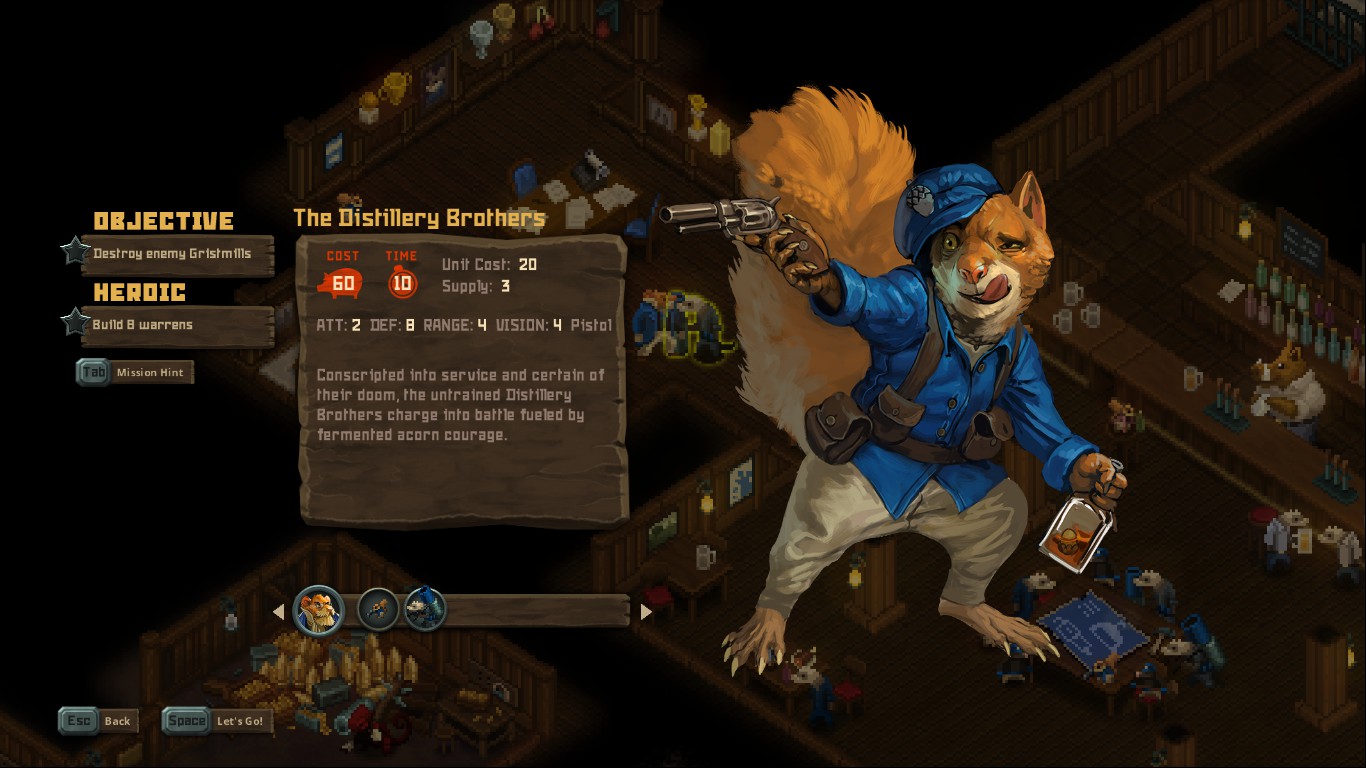 As the leader of a tribe of rodents, you’re set ablaze with fury after your son is viciously eaten by another tribe. Out to gain full vengeance for said event, you scour the lands in order to eliminate any trace of the other tribes so that your paid mercenaries may burn their homes to the ground. This small story snippet is made all the more interesting as it builds the foundation for the way gameplay is strewn out over the single-player campaign mode. More importantly, it adds character to a game that wouldn’t be the same without it. Art and music also back this interesting premise up rightfully and make this experience far more captivating than the usually more boring and maneuver-focused RTS games out there.

When entering the campaign, players are guided to each mission by representatives in a bar the player’s character owns. These missions are given by ferrets, rats, and birds who give a little background information on the missions exact details. Although these background tidbits are useful for understanding the world of Tooth and Tail, they are essentially useless as to how much they relate to the gameplay. They’re rightfully written, and the tiny amount of love put into each line of dialogue is appreciated, just not highly valued. These characters then send you on a myriad of tasks from easiest to hardest. The progression in difficulty within the campaign had less to do with the specialty of the enemies but only grew because of the things Pocketwatch threw at you as it teaches new gameplay mechanics. The first few stages are simple tutorials with nothing more than a few enemies to dot the map. As you get into later missions, however, the gameplay takes hold of you. This is when Tooth and Tail sinks its addictive fangs right in. 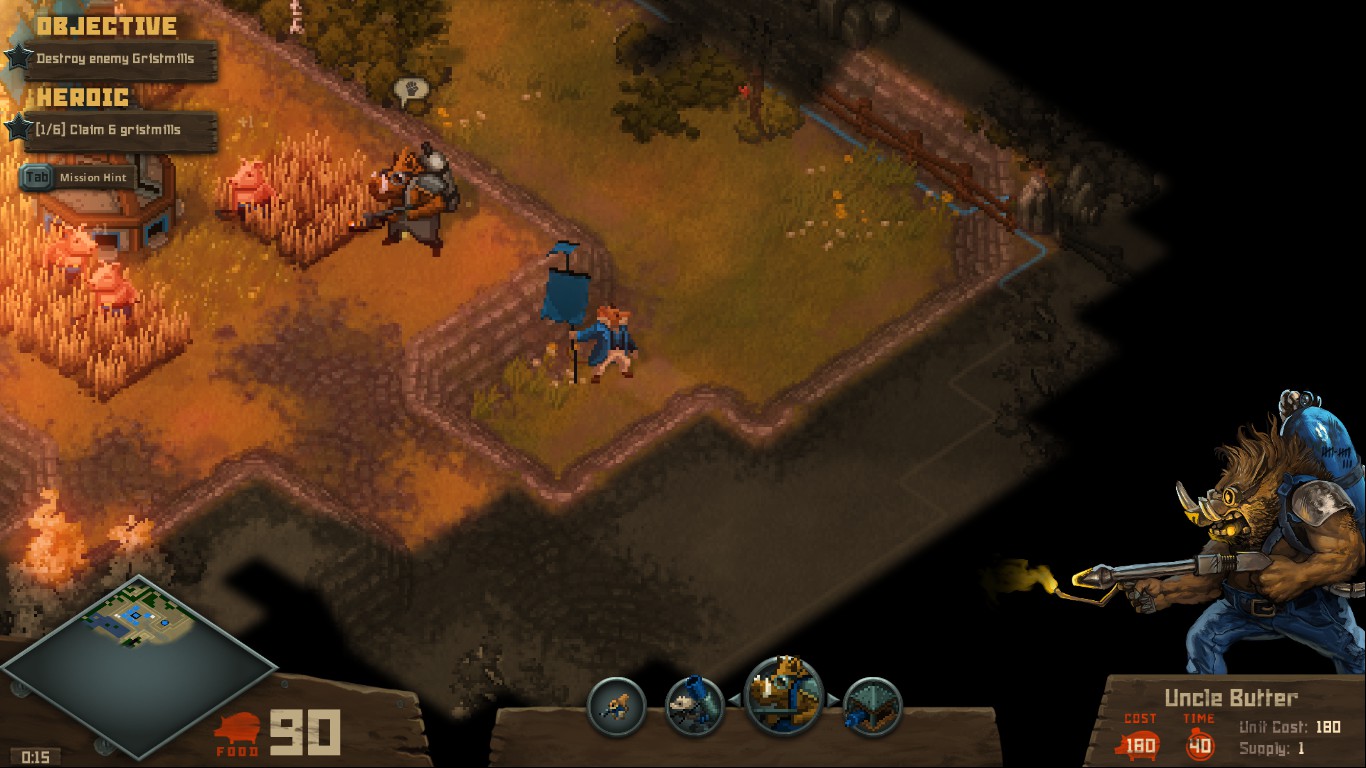 After getting acquainted with Tooth and Tail on the most basic level, it threw me to the wolves (or rats in this case). The way players control their army of relentless animals is actually inventive, even a bit innovative. With a massive cast of twenty classes, each varying in price and strength, you can strategize builds in order to increase the efficiency of plots in your land. These plots can either be filled with farms (to generate more money) or spawners (to gain more units for battle). While you control your main character, your army of different classes follows and attacks others upon your command. These minions have health bars just like you, so managing both of these is required for favorable performances within the playing field of Tooth and Tail.

While you might want your rabid beasts of squirrels to rush an objective, you have to be careful not to deplete your health too much while doing so. This way of controlling an RTS is different in many ways, making the war feel more personal as it could not be seen from a god-like camera, but instead you needed to be there yourself. I found that this playstyle also made building things imprecise as your character can never build over exact plots of land quickly. It often took a few key presses before I got my buildings exactly where I intended them to be, a disadvantage in an RTS where time is often the key to smooth victory. After these short delays in the action, the rush of battling it out made up for it. But diving into these battles is unwise as impatience often breeds bloodshed.

If you happen to be shredded apart by an enemy’s units, you’ll respawn at one of many Gristmills, basic RTS structures which provide you with money to buy units, earning currency for your army, and better geological positioning on Tooth and Tail’s large maps. New ones can be added to your lands, making expansion equally strategic as rushing your enemy. These also have to be equally defended by yourself and automated turrets as enemies can do to you what you do unto them (burn your place to the ground). This desperate balance of attack and defense makes Tooth and Tail especially frantic, but when the dust settles, you feel accomplished whether you won or lost based on your personal skill growth throughout the matches. Though the gameplay is nuanced and a bit cumbersome to even the most acquainted RTS fans, it remains addictive even after many hours and hours of play. This also could be thanks to the amazing art direction and musical score supplied to this rodent gone wrong horror strategy. 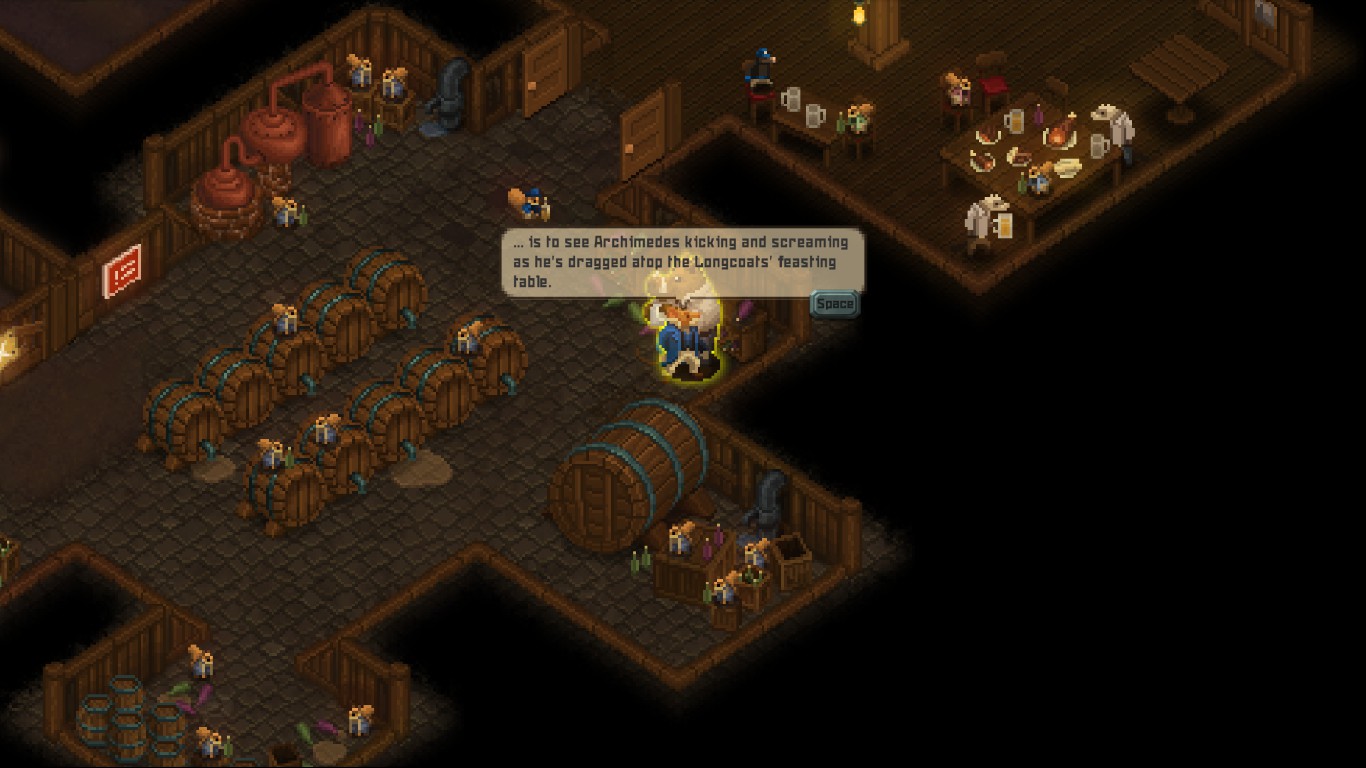 The pixelated plains and rocky cobblestone which populated the landscape of Tooth and Tail felt dreary but fresh. More often than not, pixel art invokes a sense of bright color palettes which aspire to wow players with the sheer amount of character each tiny piece of screen holds. Tooth and Tail had such beauty and character, albeit in a different setting. The lands which the rodents wage their bloodthirsty crusade on is one filled with history, simple beginnings, and harsh realities. The browns and tan colors aren’t overly done, and never did I find myself depressed with the visual characteristics of the world I was populating. It got the themes of struggle across to me without ever painting the whole map in a sad light. Objects glow and guns make dynamic shots of light which protrude through the blood-soaked areas of war ravaged farmlands. It is an art style which vividly paints the tug of war the animals go through, all while helping the player feel entertained rather than feeling petty. Character portraits also added to the effect, acting as tiny paintings to illustrate on a deeper level what the animals you’re fighting with look like as cool models. Each one was done fantastically and kept up with the amazing expectation that the in-game pixel art gave.

There’s nothing more apt to give a sense of place than music and sounds, of which Tooth and Tail supplied with quality and quantity. The eastern European flare which caught my ears gave a new musical taste to an otherwise rock and electro dominated landscape which RTS games have bred. The strum of every string, the pull of every key, the endless melodies of foreign influence coated Tooth and Tail with a truly unique feel. One that, after my many matches, stood as a testament to the devotion Pocketwatch had to the harmony of its world. 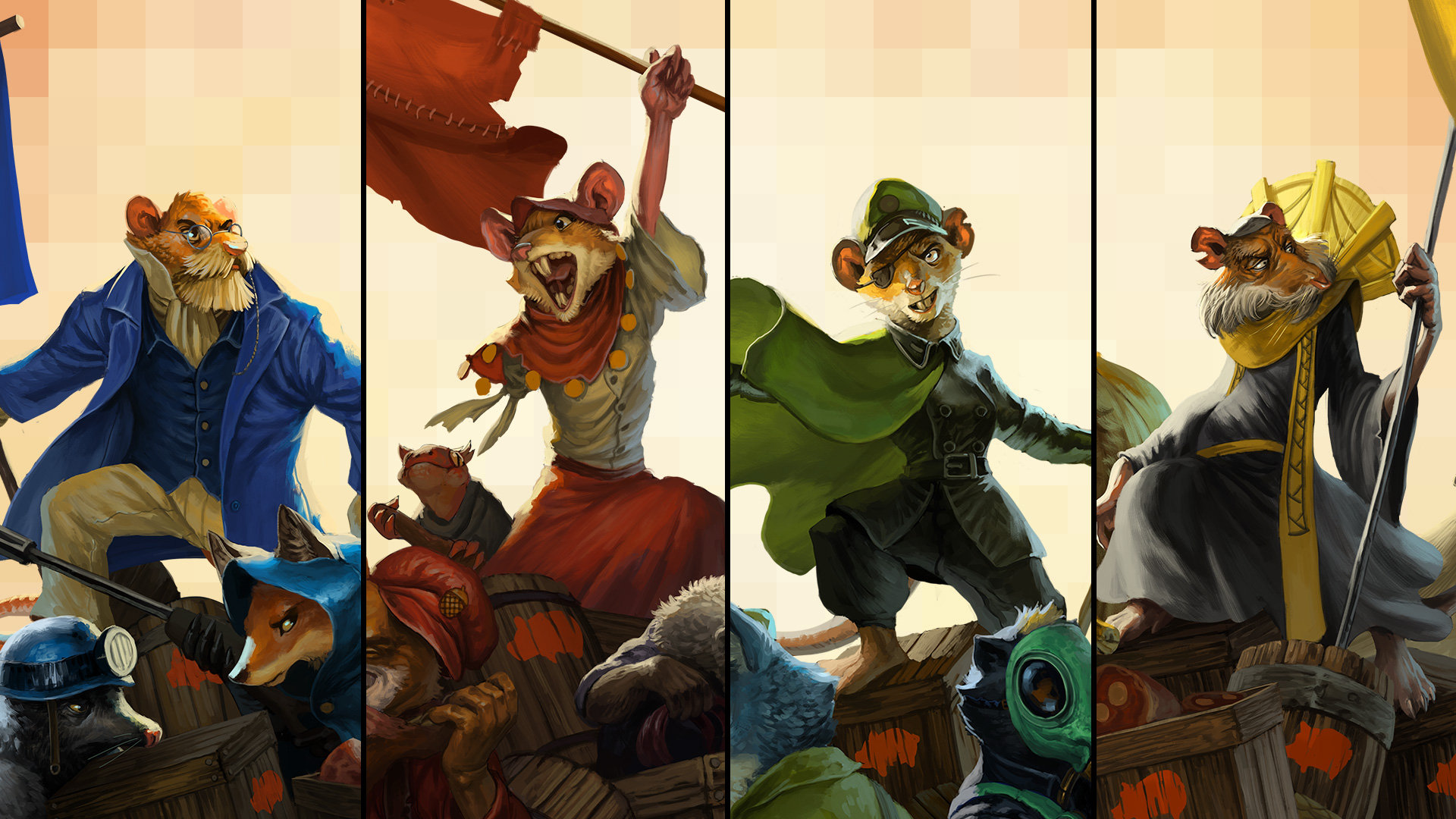 The gold placed into my ears didn’t stop there. The many particular noises which the tiny animals produced often left my mouth cracking a smile. Hearing the whimpers of a squirrel, the growls of a ferret, or the snorts of a flamethrowing hog forced me to realize the storybook kind of world I was in, because in the midst of these furry sounds also came loud thunderous ones. Bombs exploded on roofs, fire singed the many grasses, turrets chopped away at my little critters like butter. The madness of humanity’s wars, combined with the cuteness the small creatures bring to Tooth and Tail, provided a balance between the obscene and the fantastical.

Online play wasn’t much different from single-player, just much more difficult. Other players have already formed strategies which seem to crush my own, and it is likely to evolve even more as plenty of people populate the servers. Like any RTS, the audience here is likely to be dedicated and highly skilled, so don’t expect any match to be a cakewalk. As for me, this type of competitive gaming is beyond my skill, but for others, just know there is already an established clan of gamers only getting better as we speak, and they have a strong online infrastructure to supply their online needs. Will you be the next one to join them? 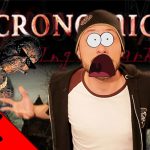 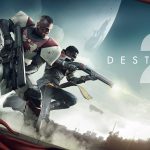