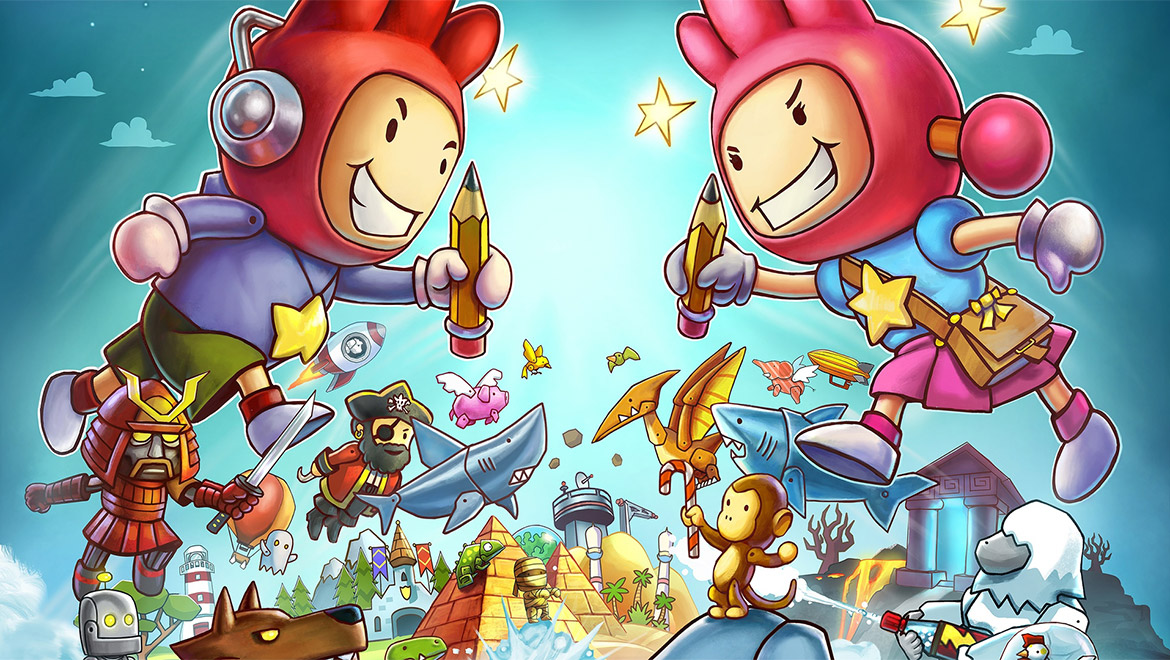 Scribblenauts Remix on iOS was the first time I had joined Maxwell on his adventures, delving into the bizarre world he was involved with; that feeling of creating the most fantastical creature or object I could ever think of and having it coming to life was incredible. Scribblenauts Showdown, however, left me a little disappointed; the feature of using your imagination to solve puzzles is still there, yet Shiver Entertainment have shifted their focus from a core puzzle game to a co-op party game, and it has not completely worked, leaving a still fun but largely repetitive experience. 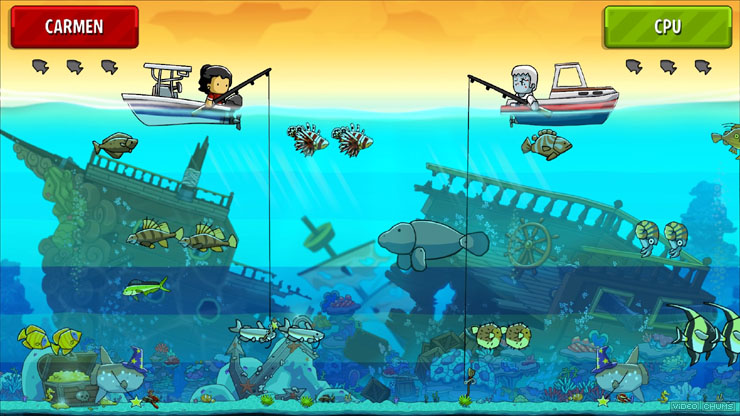 Showdown is one of the modes in which Shiver’s focus has moved to (it is in the name, after all), and here you and up to 3 other players choose from one of numerous characters or create you own, then you are placed on a game board and dealt randomised cards. Most of these cards will initiate a mini-game with the winner moving forward the number of spaces shown on the card. Other cards may aid you during a mini-game, whilst some can reposition everyone on the board, putting the player at the back to the front or vice versa. The game is a relatively simple premise; however, tactics and occasional deceitful play can develop a great deal of fun. 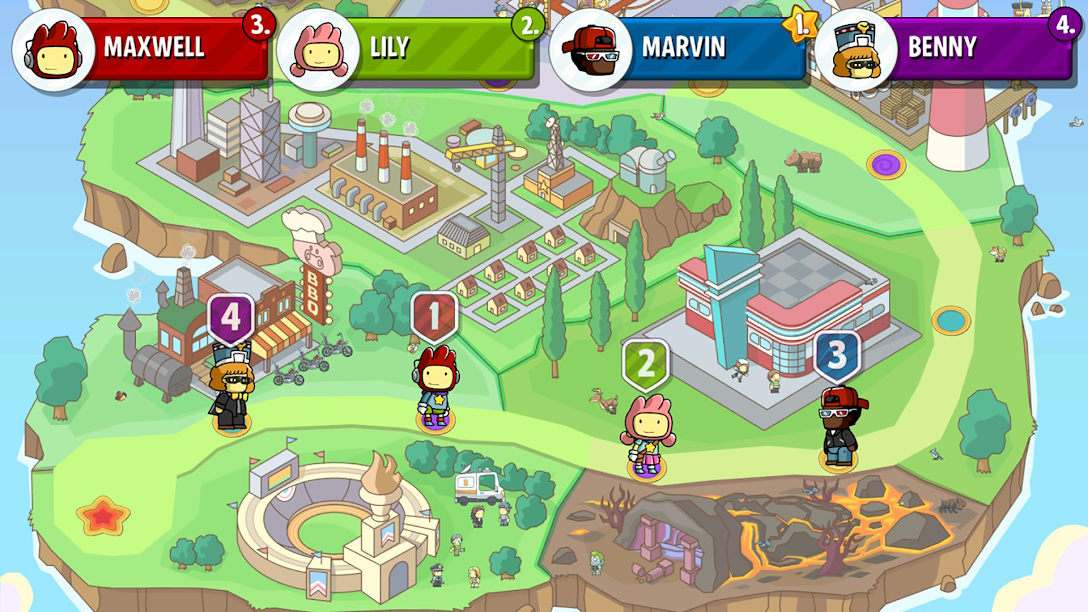 The mini-games seen in Showdown are part of their own separate mode called Versus, and the is where most of my time was spent. You are given two types of games: wordy and speedy. In wordy, before the game starts you gain an advantage if you write a word that matches certain criteria before the time limit ends. For example, filling in a black hole in space is much easier with a large object, and there is a small panic in trying to think of something huge that starts with, say, the letter “J”. Super Sprint is another good example, where you race another opponent over hurdles with the word you chose; a lion is much quicker than a leech! Unfortunately, speedy games are largely disappointing, most revolve around simple button-mashing – inflating a balloon, breaking a piñata, among others, and though quick and not boring, per se, they don’t offer anything new. Wordy games require imagination, yet speedy games, on the other hand, feel lacking and seem to be used as filler to simply bulk out what is on offer; 12 wordy games and 15 speedy games are simply not enough to keep you coming back. 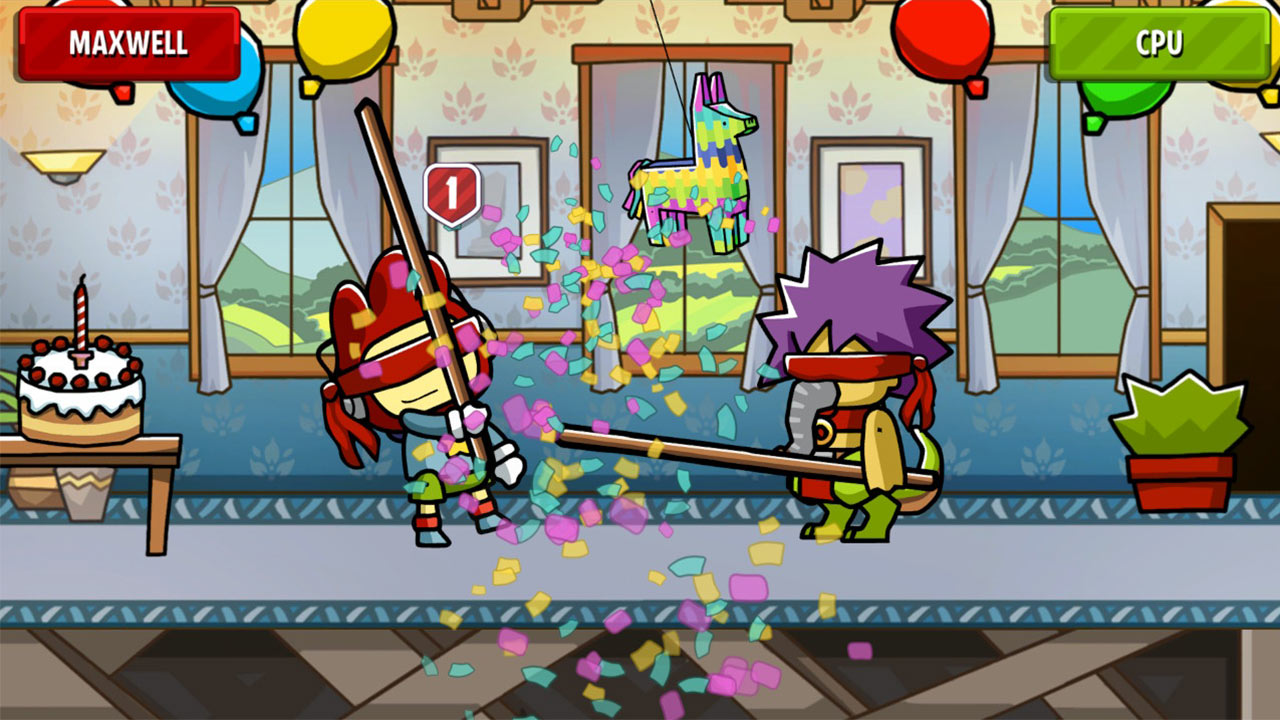 I had concerns that the party style mini-games would almost completely replace what made Scribblenauts famous in the first place: its creative, wonderful, and weird sandbox mode. Thankfully, my concerns were mainly dealt with. The game I had loved a number of years ago is still there; put whatever words that come into your head into the game and see them spring to life. Each level has a different theme, from Mayan ruins to a Titanic-style scene, and they also contain animals, people, and mystical creatures all with their own desires and dreams that you need to create for them with your trusty notepad. The controls for the notepad are not as easy or quick to use as the DS’s stylus pen or finger on a touchscreen. After a little practice, words can be created without a great deal of effort, but they are still quite fiddly and leave you longing for a pen, or finger, and keyboard again. The main issue, once again, is simply the lack of content on offer. There are only 8 levels to play through; of course, you can replay them as many times as you want, but there’s only so many times you’ll want to play them before they become a little tedious. 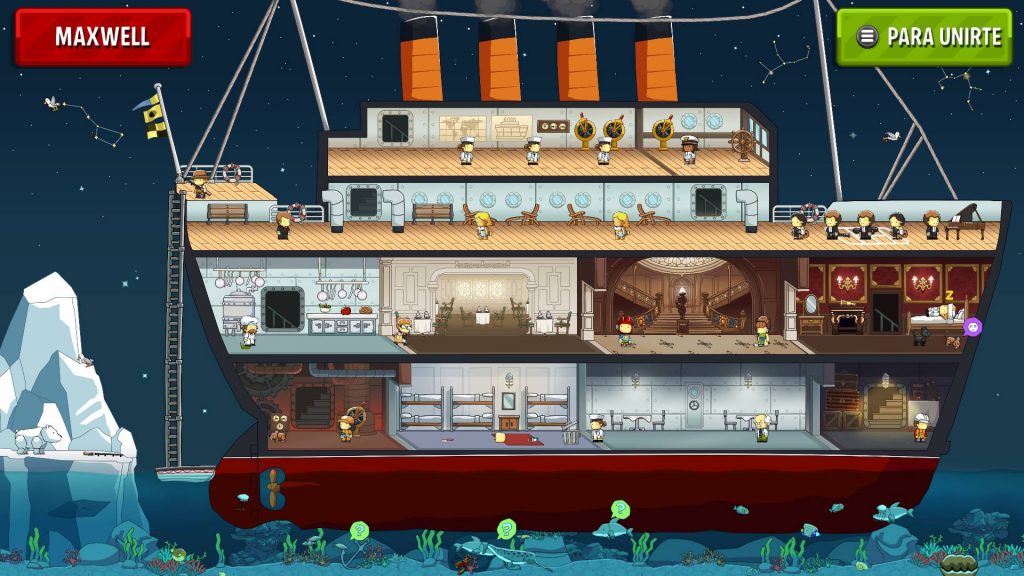 Even though Scribblenauts: Showdown is lacking in content, but what we do have available is wonderful to look at. The game has continued in its predecessors’ footsteps with its unique charm and visual style. What’s more, the game runs very well, and I haven’t encountered any technical issues or bugs, and with a game largely focused on quick-fire events, this is especially important. 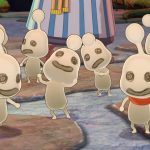