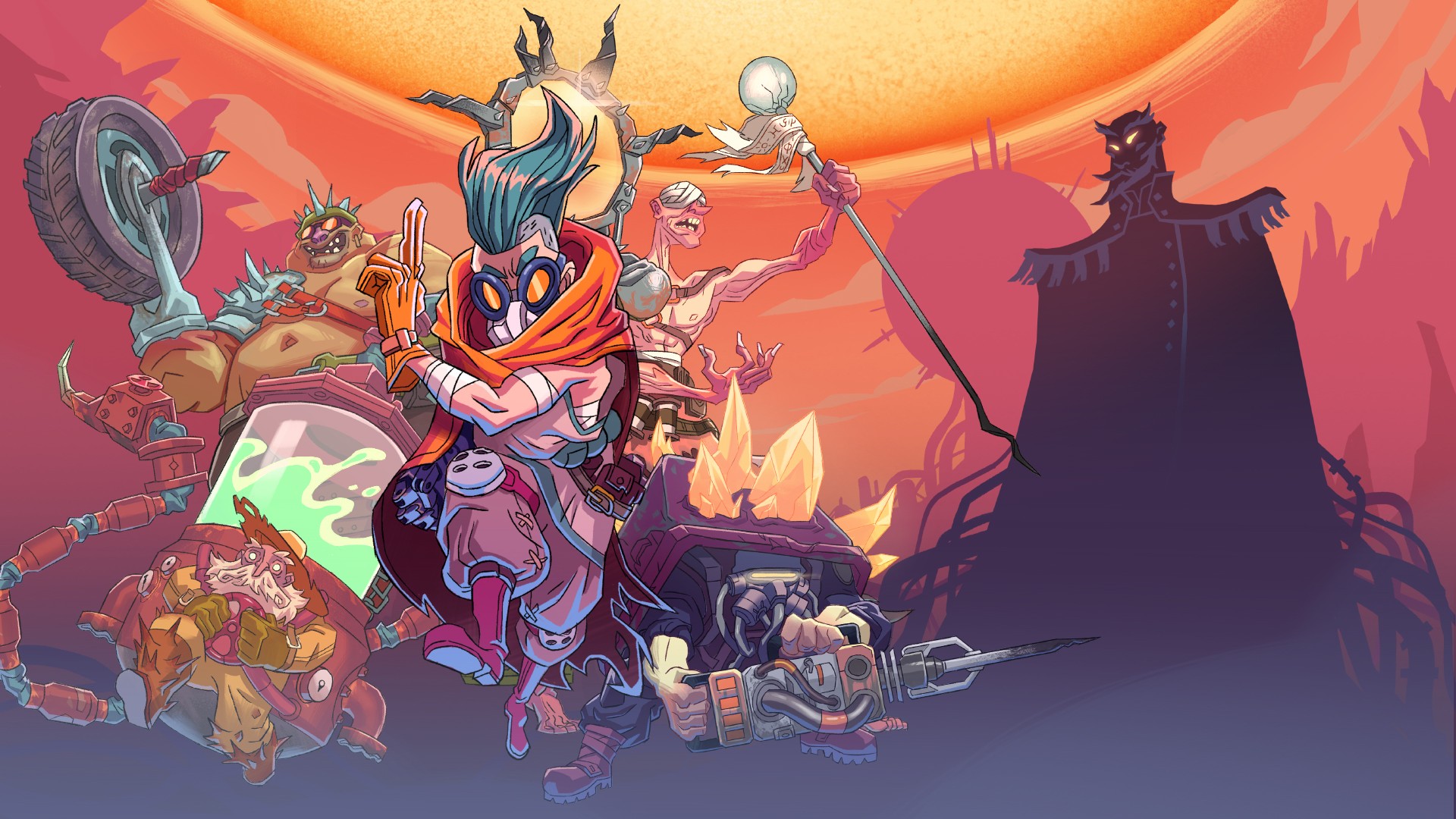 Every now and then, an indie takes a game mechanic and runs with it. They create wonderful pieces of design and make that into a somewhat full experience. It tricks me, most times, how such a developer could be inspired by something so simple yet create a whole game based from that original idea. Take, for example, combat. The most traditional mechanic in games is simply knocking your opponent dead, winning you the game. But what happens if your player character is great at doing the exact opposite: not fighting? Way of the Passive Fist by Household Games is an experiment in toying with that central mechanic of not fighting. 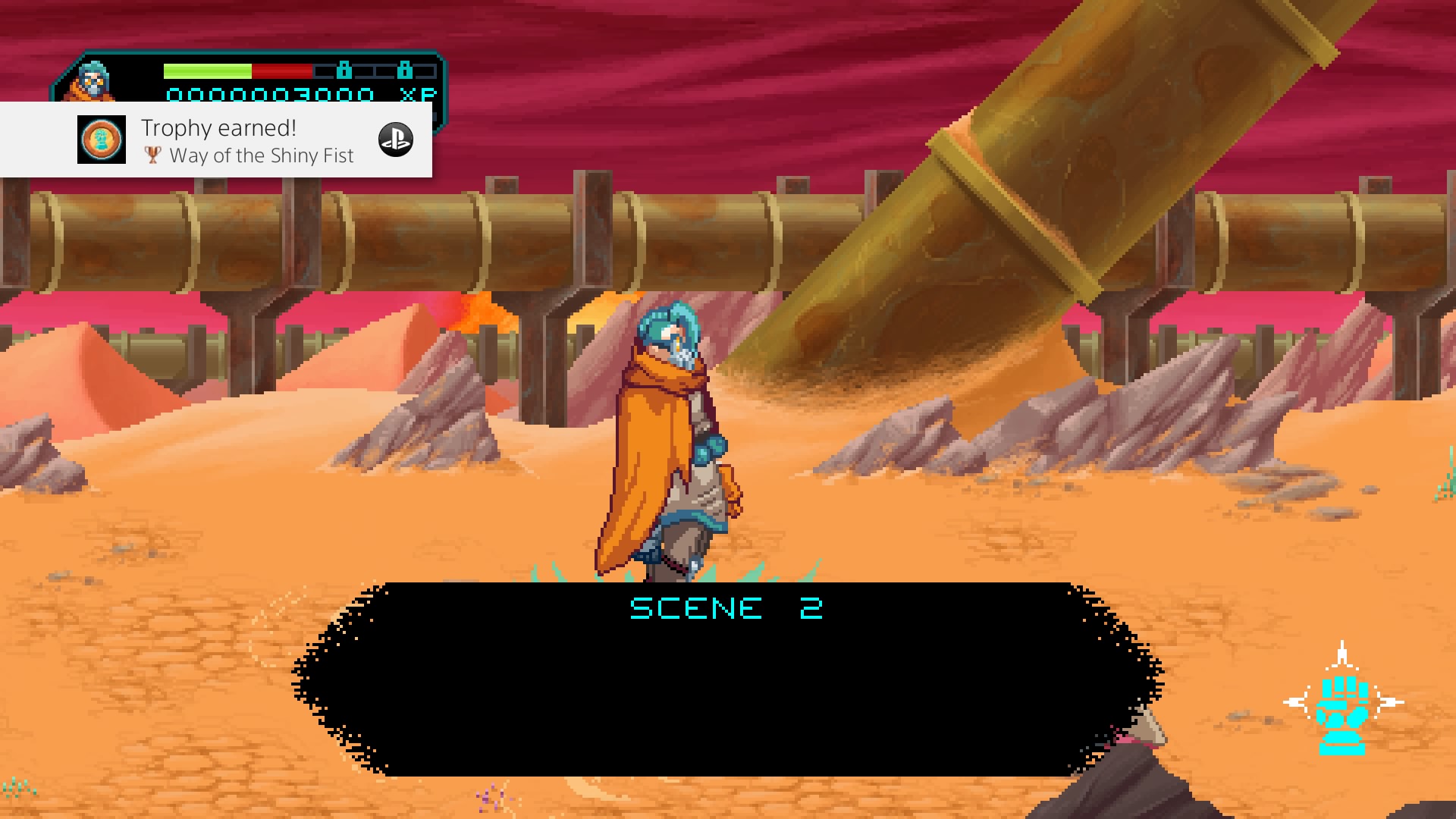 Way of the Passive Fist is essentially a side-scrolling brawler, but this is the simplest possible way to explain it. In reality, the game is almost akin to the rhythm genre in the way you tactically avoid incoming attacks. This is because your character in Way of the Passive Fist has no real attack action. You learn quickly that the only way to defeat your foes is to turn their need of attacking you into a weakness, a weakness that can be exploited in a few ways. When an enemy enters your vicinity, they begin an animation with a noise prompting you to return the action with the correct parry. In some cases this means dodging out of the way, and in others this means blocking the attack with your hands. Respond to an enemy attack with the correct inputs, and you’ll lose no health, not to mention after your enemy has wasted his/her stamina attacking you, you can knock them over with a simple push of your finger. Get enough of these prompts and soon enough you’ll gain a power up that will make you able to defeat enemies before they even have a chance to do damage. This system is extremely cool, and taking that into account, is the reason Way of the Passive Fist ranks so highly in my mind. Seeing enemies fall over in a state of tired helplessness satisfies to the highest degree. Letting yourself breathe as the next wave of baddies returns to your screen is also a welcomed pace set as your thumbs will surely get a workout while trying to move so dang fast. The Way of the Passive Fist’s central mechanic is a fun one, but it’s not without its own flaws.

This simple control scheme (basically two buttons) makes Way of the Passive Fist a simple yet hard to master throwback to classic beat ’em up titles. But just as interesting as this premise seems, there are some faults in its design. Lining up to enemies is painstakingly exact, and sometimes that exactness can throw you off. To correctly block an enemy attack, you must be directly to the right or left of them, anything more or less will result in your enemy’s punch going straight through any defense you put up. In the same vein, trying to correct yourself to be at that exact range can often result in enemy damage anyway. This paradox produces a fear to stay perfectly still when enemies rush you from off-screen, making most of the game somewhat dry. This slowdown is a central concern as most of the combat feels so crazy and exciting, so these down times are even more noticeable and can be real game breakers for many who can’t keep concentrated long enough (like me). 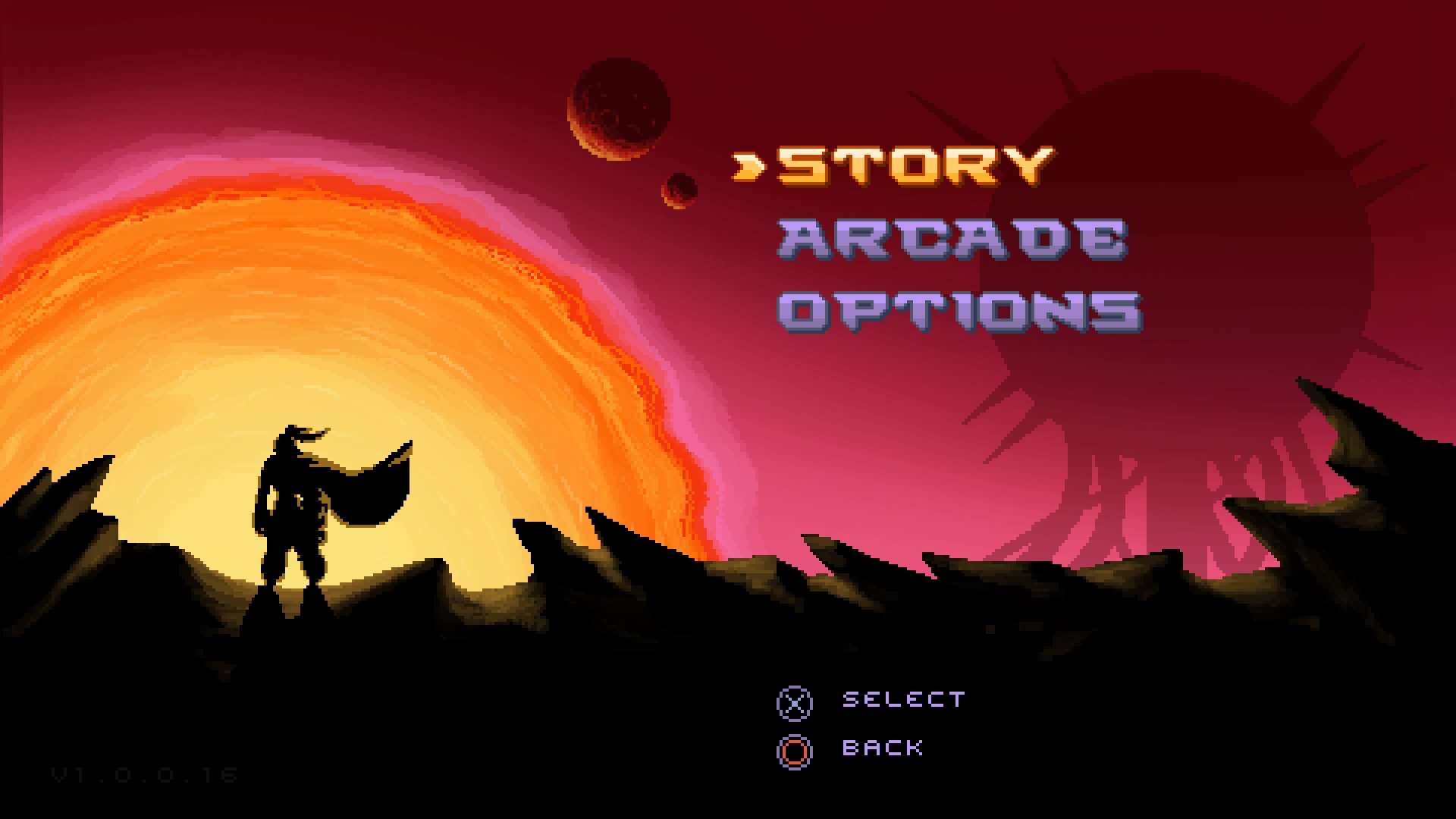 Another detriment to the main mechanic of Way of the Passive Fist is the fact that some enemies aren’t obvious enough with their attacks, making for moments where the player can get confused. This is particularly a fault of design than the technical aspects of the mechanic, but the detriment still stands. When a million things are happening at once, bits flashing, sound blasting, sometimes a lunge from an enemy is not enough to realize that you need to dodge. These moments break otherwise head bumping, toe tapping sections of modern electronic inspired music. That music doesn’t necessarily go along with the rhythm the enemies are attacking in, but still, it provided a great feel for what the game is. It just brings everything downhill when that awesome soundtrack and great central mechanic are ruined by the quasi-hidden enemy attacks.

Not much else separates Way of the Passive Fist from a lot of other beat ’em ups or arcade games. The campaign, only ten levels, took a little over two hours to complete in the fastest way. There are optional medals to be earned, but these are obvious grabs at adding the most content possible in what is an otherwise scarce single-player title. The arcade mode, a never-ending rack up of points, kind of makes up for this. Then again, the arcade mode is just a recycled version of the story you just played. Either way, expect no more than ten hours or so of gameplay (and that’s stretching it). I don’t believe in putting prices on length, heck some of the shortest titles are the best quality ones, but Way of the Passive Fist feels odd being this short. Not because it was bad but the opposite. Way of the Passive Fist was based on something so enticing, its central mechanic, that I wanted this to last. I wanted opportunities to see this feature go through multiple stages, multiple iterations, and be improved upon through the course of a six-hour campaign. I won’t blame Household Games for not having the immediate funding, but I will yearn completely for something more complete from them in this same vein. 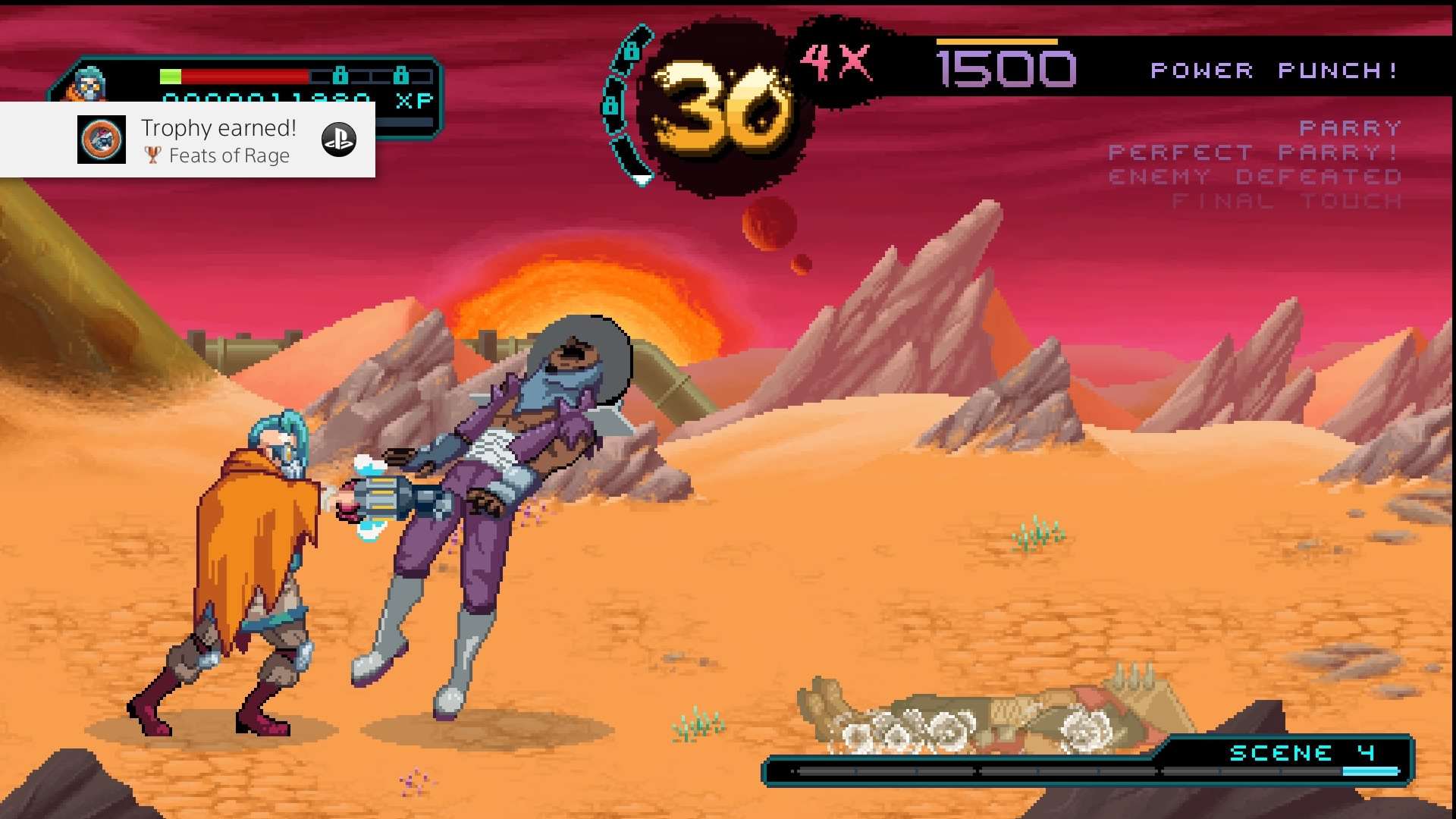 Way of the Passive Fist isn’t something to scoff at. Its main mechanic is something that both surprised and attracted me endlessly. The way Household Games were able to input such a cool concept, while also having the details of their world make sense in the context of that, is a pinnacle of arcade indie game development. It’s too bad that simple design errors like poor enemy feedback and awkward placement plagued the experience for longer than what I’d like. But those things, as well as the length, could be improved upon in a sequel, of which I think Household Games definitely deserve to make. If you’re looking for proof that arcade beat ’em ups are fun in a modern context, don’t look at Way of the Passive Fist. If you are, however, looking for a simple title to delve into on a weekend, then Household Games will cater to you perfectly. 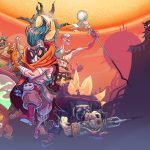 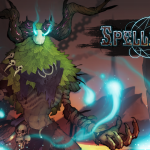