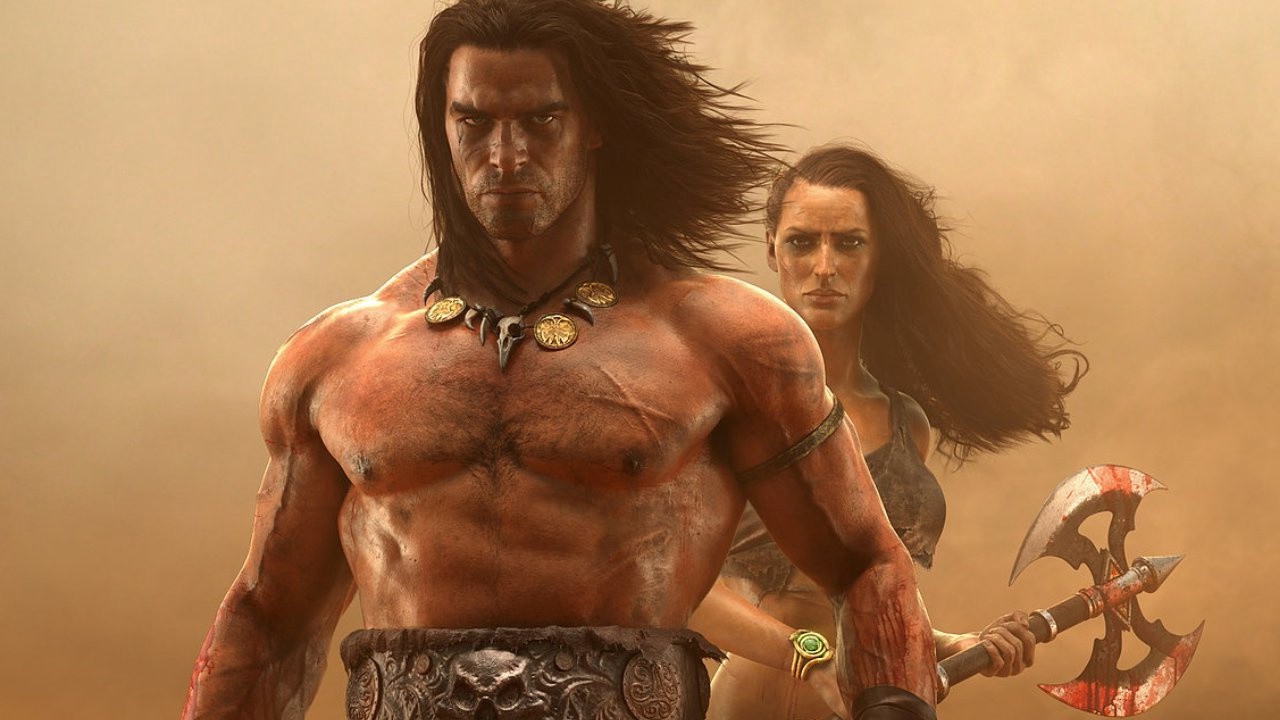 Conan Exiles is an open world survival game that was fully released to consoles on the 8th May 2018. Early access versions of the game were released for PC through Steam in 2017. It was developed and published by Funcom and is now available to play on Xbox One, PlayStation 4 and PC. Funcom is a Norwegian video game developer that specialises in massively multiplayer online role-playing games. Conan Exiles can be played in an online mode with either player vs player or player vs enemy, cooperative mode or single-player mode. 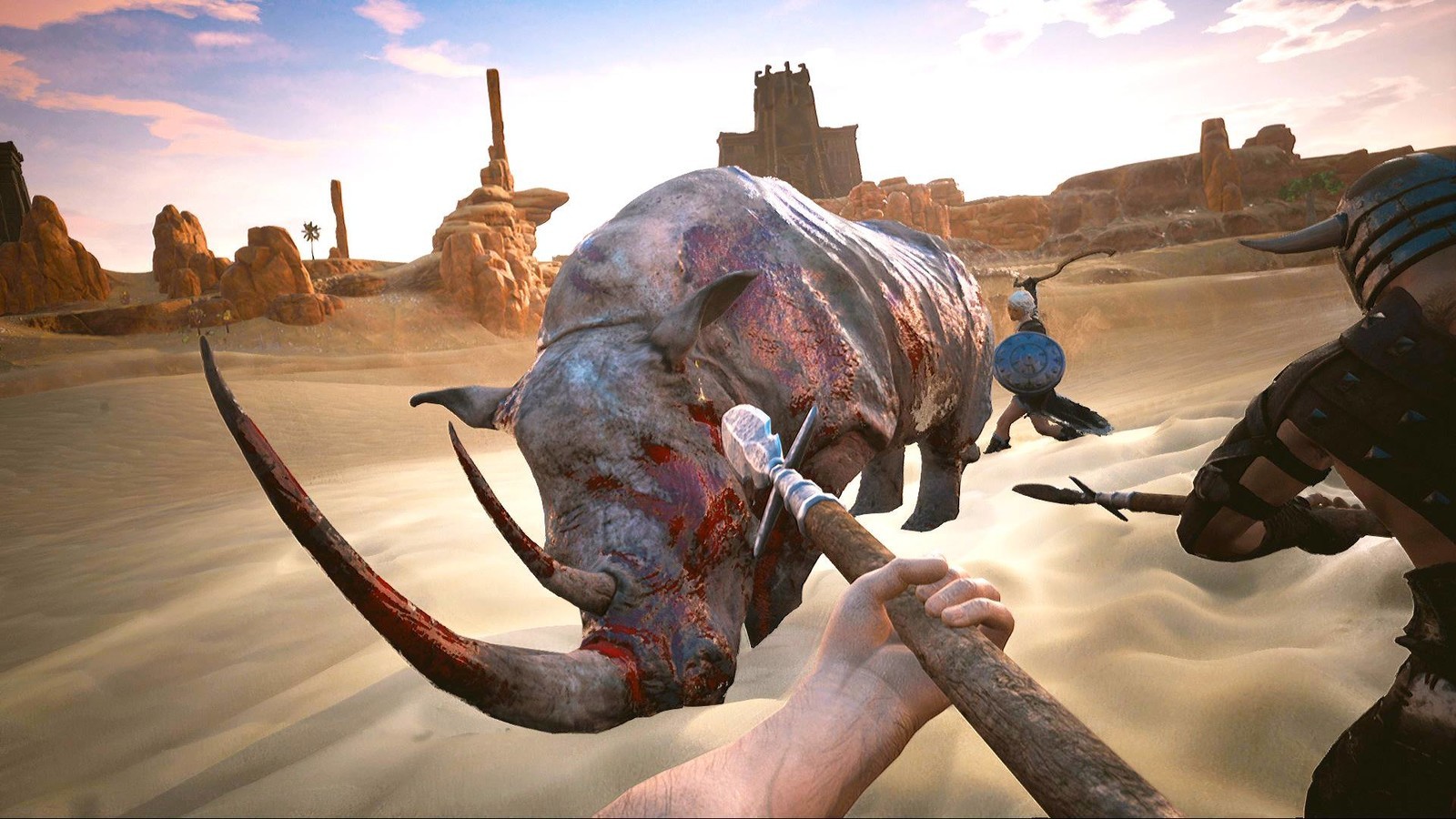 The game is set in the world of Conan the Barbarian, and you play as a customizable character that is rescued by Conan. After Conan rescues you, he then leaves you to fend for yourself and to start your adventure. You will start your journey in the bottom left area of the map. It is important to note that as you travel further north or east, the enemies you face will become more difficult, and you must make sure you are prepared before you face them. You can use the start-off area and other areas nearby to prepare yourself and to get a handle on what you will need. As your make your way through different areas of the map, you must carry out different tasks to survive, for example, finding water, eating a filling meal, finding shelter, etc. Everything that you come across can be useful in one way or another, so as you are making your way through the different areas on the map, make sure you regularly stock up on things like sticks, rocks and plants. There are many different types of enemies that you will face in the world of Conan Exiles. There are wild animals that will attack you like alligators, hyenas and giant spiders, and there are savage exiles NPCs that will attack you as well. 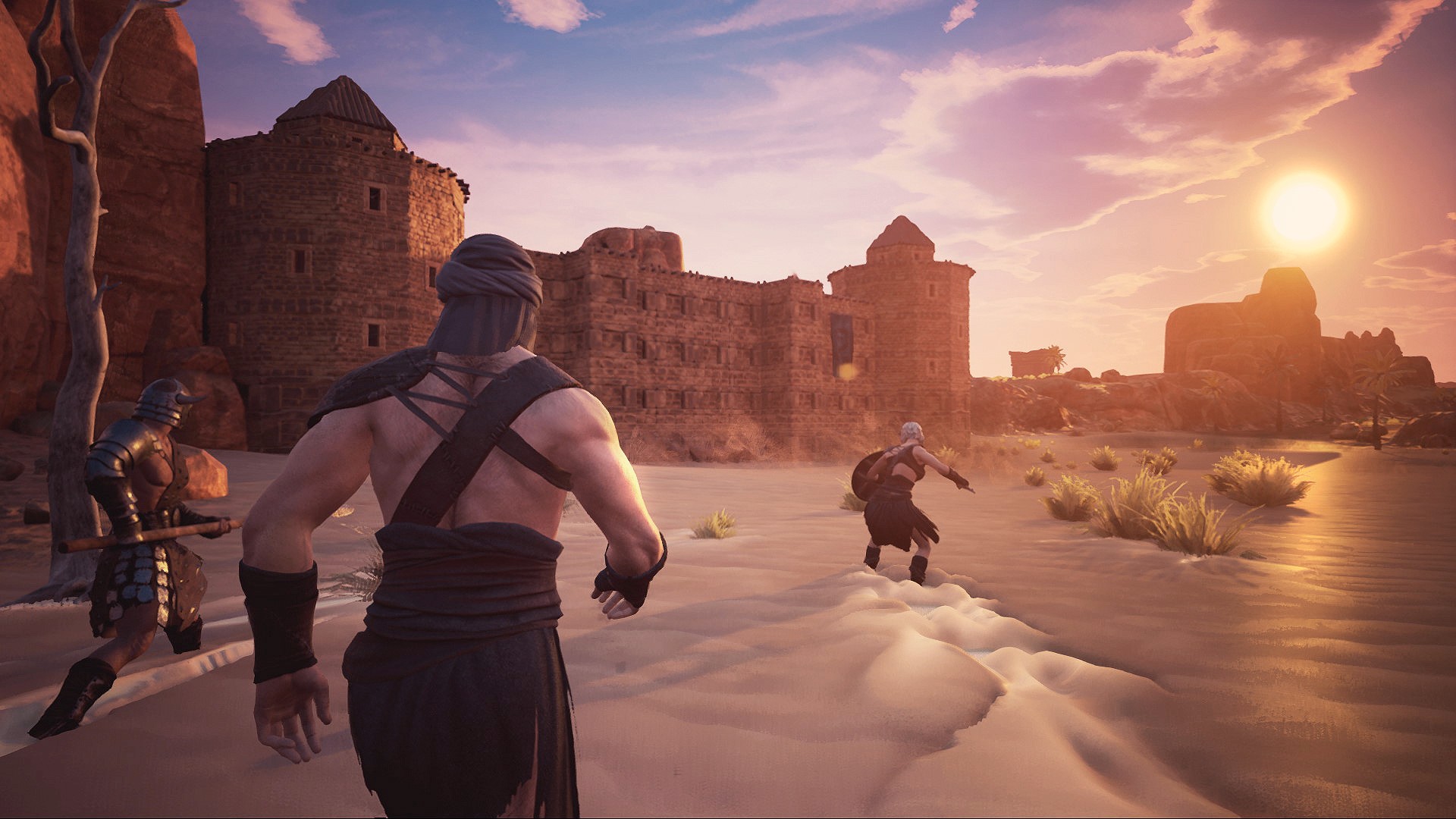 Other dangers in the world include sandstorms that will decrease your health when you are caught in them. To find shelter to protect yourself against the elements and enemies and to lay your head in a safe place at night, you must build a home for yourself. You should find yourself a nice bit of land not too far away from things you will need, like water and wildlife. It is best to start off simple, build four squares of foundation, walls, a door and a roof. There is no point building a massive three story mansion the first time around because you will be moving on once you have gotten everything a start-up survivor needs. The small house I have described will be enough to fit a bedroll, a cooking fire and a few boxes to store items. As you progress through the map and become stronger, you will be able to create an array of items, furniture, clothing and weapons to turn yourself into a force to be reckoned with. When you have turned yourself into a bit of a boss, you can choose where you would like to build your permanent beautifully decorated home, be it a manor, mansion, castle or lakeside resort. You are only limited by your imagination.

Conan Exiles is brilliantly addictive. I found myself playing for hours and hours and losing track of time, which is what I love in a game because it means that you are completely immersed in it. Sometimes I would be up until the late hours just putting finishing touches on the house I have spent the whole day building. It is much like Ark: Survival Evolved in that you have to do everything yourself, like chop trees to get wood, build a home and feed yourself, but there is more to it with Conan Exiles. Not only do you have to fight off some magnificent beasts, but you have relentless exiles gunning for you as well, all the while you are just trying to avoid starvation or thirst and trying to protect yourself. Another great thing about the game is that the graphics and surroundings are beautiful. It really shows off what modern day gaming technology can accomplish. The character customization gives some great options and covers everything from hair and make-up to your character’s voice and body type. 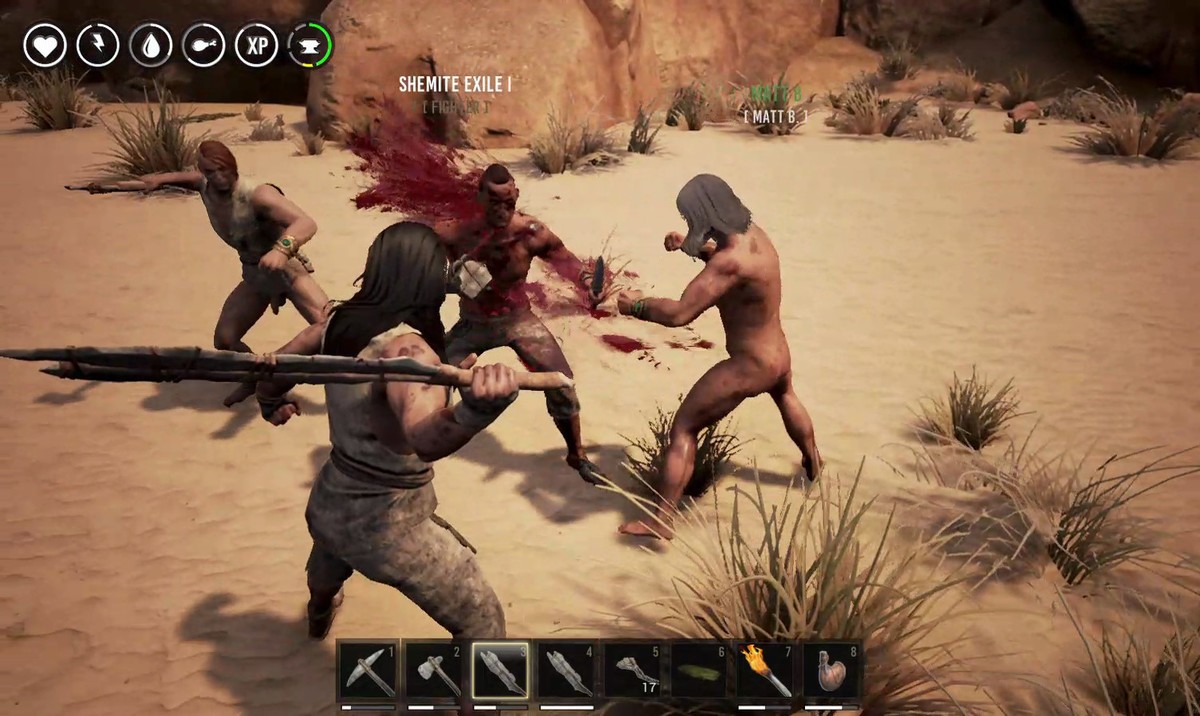 There is one huge flaw with the game, however, which is that there is no guidance. I started the game and was told how to run and jump, etc., and from there I was left with nothing. I was not told how to cook meat, how to build, what kind of roof I needed for my house out of the many options that were available, how to take resources from an animal and many more different things I had to spend time figuring out for myself. I went a whole two days with just eating bugs because I couldn’t figure out how to work the fire. It was not a proud moment for me when I released I just had to add wood, meat and then start the fire. Even with the problem of not being given much help with Conan Exiles, once you have a handle on it, you are good to go. Another problem that I have found with the game is that there is actually no story or point to everything you find yourself doing. I understand that it is a survival game, and that they are usually played just for the fun of it, but it kind of feels like a bit of a time filler. You can play the game for hours and hours, as I have mentioned, but when the next big game comes out that has a great story, I will probably find that Conan Exiles is quite easy to drop and push to the side. There are points in the game when you come across weird visions that make it seem like it is building to something huge, but they don’t really mean anything, which is a bit disappointing.

If you are into survival games, then Conan Exiles is definitely one to play. It has a real sense of community when playing with others online. One of you can be protecting the house you are building, whilst another goes out to get more supplies. It has a real feel of the world being against you, and you will probably die a lot, but it is to be expected, especially if you attack multiple exiles by yourself with just your bare hands. The game is all about putting time and determination into it, and you must always be prepared for an attack or be prepared to explore further into the map.

Conan Exiles is a massively multiplayer online role-playing open world survival game that has a real sense of community when playing online. You struggle to survive and protect yourself against all odds and build yourself up from a savage to a warrior. The graphics, surroundings and landscapes are beautiful, and the different animals, creatures and people you face in battle are brutal and relentless. There isn't really a story to the game, and you don't get much help or instruction with what to do or how to play, but once you have a handle on it, it is a great time filler and is easy to spend hours mastering. 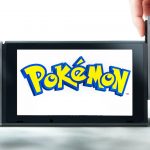 Is a Pokemon Switch Announcement on the Cards? 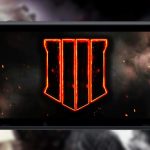