Dark Souls: Beyond the Grave

There is something about the ‘Souls’ games that drive people completely insane, and not just because they’ve fought the same group of blood-obsessed, pointy-hat-wearing My Chemical Romance fans for the 50th time in a row. No, the reason that most fans go insane is by deep-diving into the lore of Dark Souls. It is hell down there (sometimes literally), and fans have gone completely snooker loopy trying to put the millions of little narrative puzzle pieces together. Now for those who don’t want to spend days reading either Wiki pages or item descriptions, you can now buy Dark Souls: Beyond the Grave and save yourself most of the trouble involved.

Dark Souls: Beyond the Grave is a book published by Third Editions and written by Damien Mecheri and Sylvain Romieu, which attempts to closely examine the world of the Souls games and cohesively explain as much of the narrative as it is actually possible to explain. It takes an in-depth look at Demon’s Souls, the original Dark Souls and Dark Souls II, putting almost all of those games’ elements, from development to plot, under a microscope. 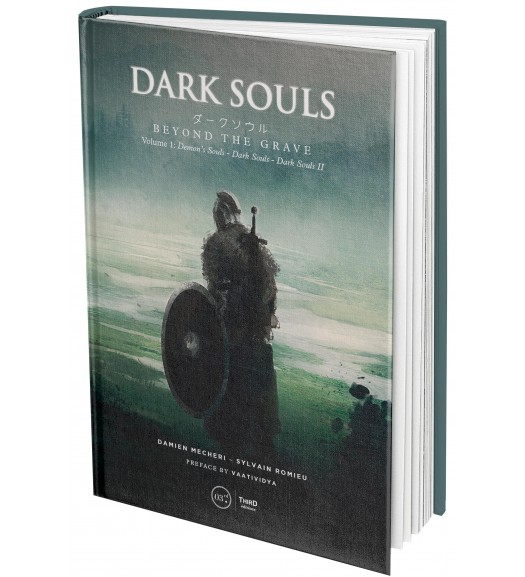 The Darkest of Souls

For those who are not in the know, the Souls series (or Soulsborne if you want to get technical) does not have a standard method of narrative delivery. Unlike in most games, there are very few cutscenes, and you can go almost the entire game without actually discovering any of the plot at all. The reason for this is because the narrative is delivered non-directly, mainly through the environment design, item descriptions and snatches of conversations with certain NPCs, almost all of which can be completely missed by a non-observant player.

So Dark Souls: Beyond the Grave tries to explain the narrative in a more cohesive way than the actual games do, but it also does much, much more than that. In fact, the book actually opens with the most interesting chapter, if we discount the foreword by community god VaatiVidya, the one that talks about FromSoftware’s creative process. This segment really gives you an insight both into the way that the Souls games came to be, and on top of that, the history that led to FromSoftware being in the position to actually create them, considering where they started out.

This opening chapter is perhaps the most interesting for a real fan of the games. The main reason is that it has revelations that really are not available in the game, even to some of the most hardcore lore analysts. The string of events that lead FromSoftware from their start with mech games all the way to their award winning Souls series is more than a little strange and makes an interesting tale for anyone who has even a passing interest in the games industry. 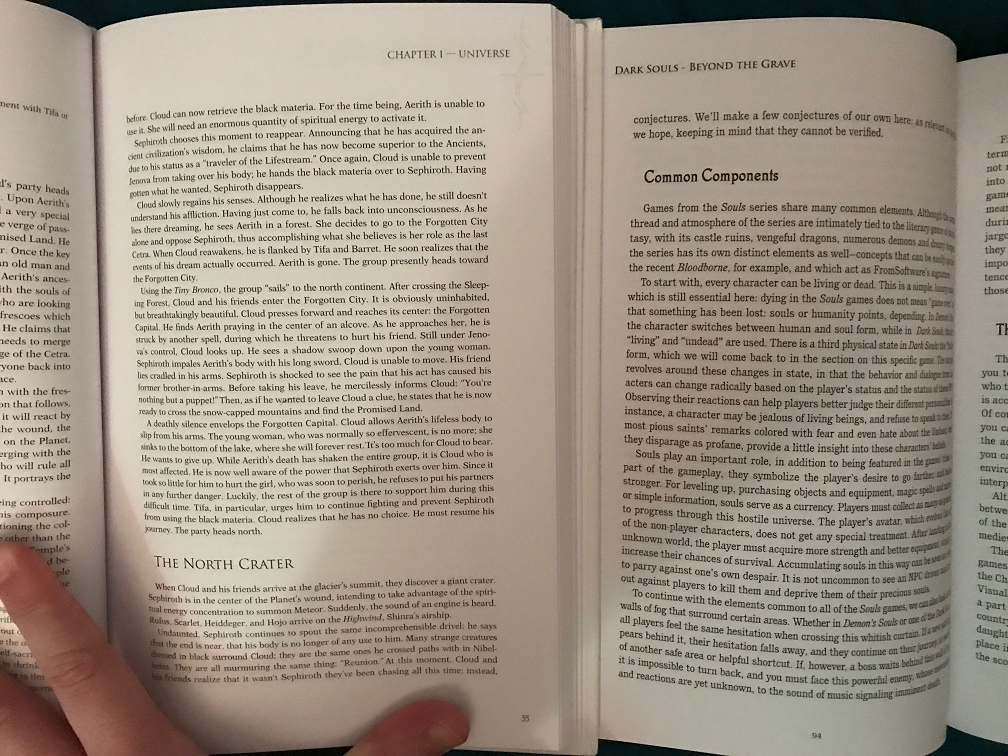 As well as covering the game world, the history of the game series and as much of the gist of the plot as it is possible to talk about, the game also has several different chapters covering other game elements. Things like the games’ themes, the music and even the legacy it has left on gaming are all covered, and these different elements are still interesting, even if you’ve sunk hundreds of hours into the games and completed multiple playthroughs to try and discover the legend of the Lord of Cinder’s left nipple nut.

Okay, so there are some negative points against Dark Souls: Beyond the Grave, and that is that it seems like some of the chapters are a little token, well at least one of them is. The book is very clearly intended for people who are massive fans of the games, people who are so interested in the video games that they want their experience to extend to a completely different medium. The issue is that the storyline/universe chapter is probably the least interesting for these people, and because it comes pretty early on in the book, it can become difficult to make your way through it.

A fan who has discovered the narrative through the unique way that the games present it is probably going to be very bored by the standard format in which the book presents the universe and story. It just seems like the book should have been more devoted to solely the external elements of the games, things like the design, the music and the legacy. All of these chapters present new information that can be really interesting in places, but when you have to try and get through a chapter that re-iterates information that you’re likely to already know, it turns the book into more of a slog than the games it’s based on.

From a technical perspective, Dark Souls: Beyond the Grave is at least very well written, which is a big plus in the book’s favour. Everything in it is written from the perspective of being a fan of the game, but it is written as if the person writing it has at least looked in the same direction as a writing class at some point in their life. There were some slight spelling errors here and there, although this seems more like a translation problem from the physical book to the mobile version more than an actual error in the writing itself.

Own your very own copy of Dark Souls: Beyond the Grave HERE and take a look at our review of Dark Souls Remastered HERE.

Want to check us out as we play the game? You can right HERE. 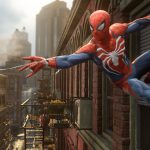 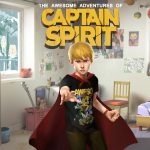