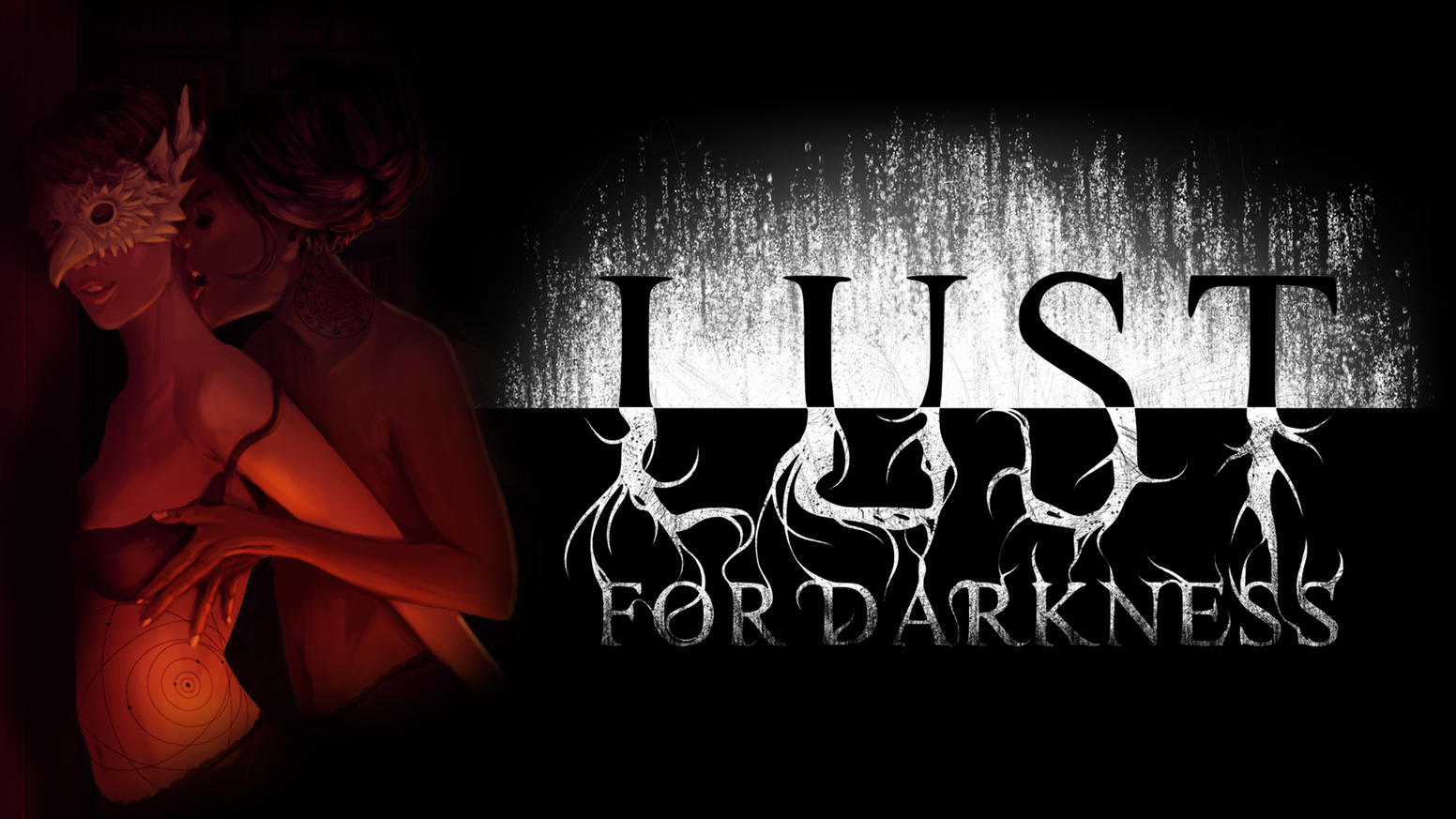 Steam has really opened a flood gate recently. Ever since they announced that they would allow sexually-themed games onto the platform, there have been a slew of games with gratuitous nudity and sex in them. Hell, most of them not only contain sexual content, but they actually push it as a selling point. Only last month, Agony got a full console release, and there was more nudity in it than in most art classes. And now we have Lust for Darkness, a game about nudity and Lovecraft. 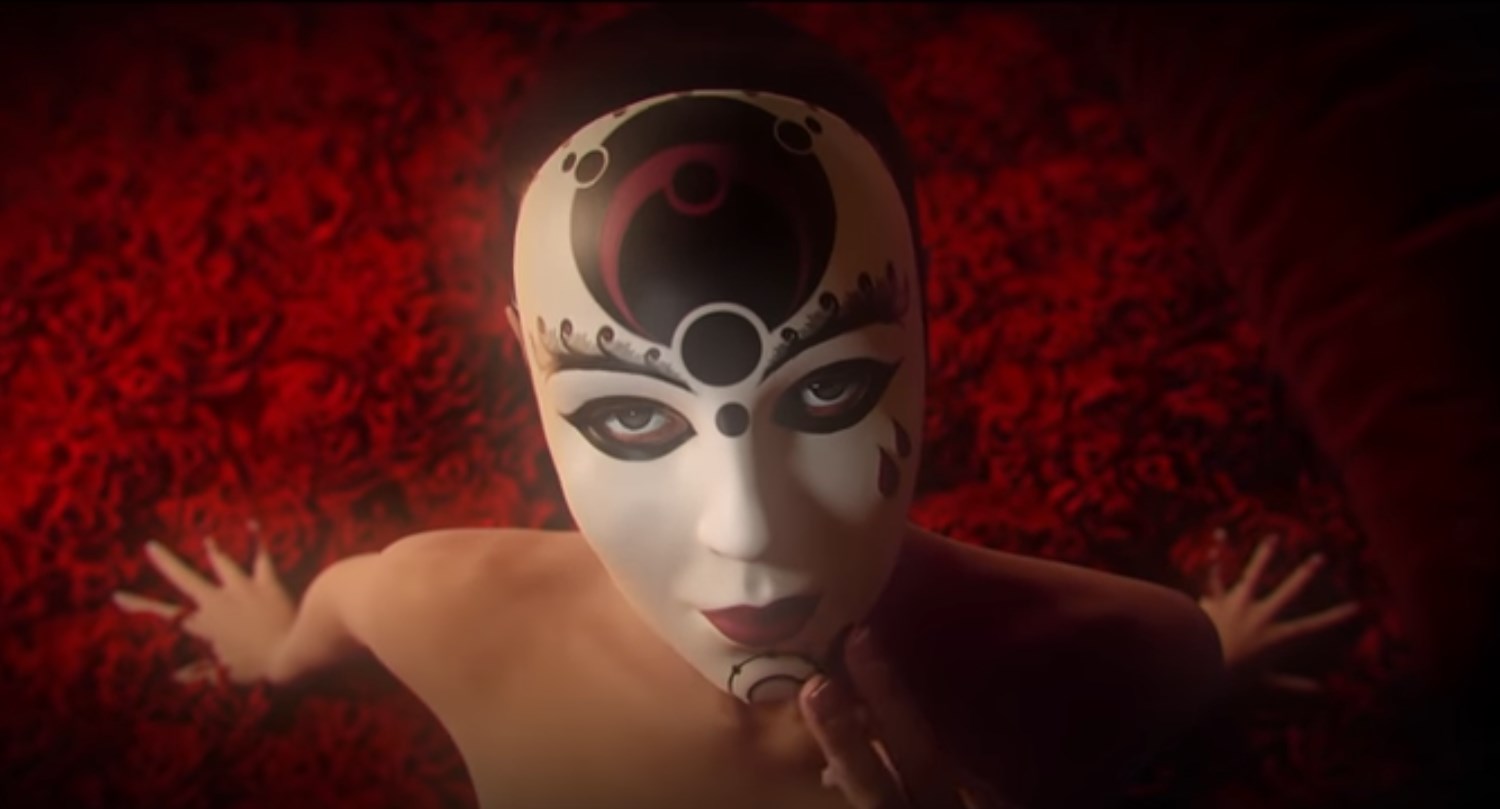 A Lust for Power

Lust for Darkness is a psychological horror game that comes to us from Movie Games, a Polish company famous so far for producing a bunch of random indie games on Steam. Lust for Darkness itself follows in the footsteps of the Amnesia games and Agony by being a first-person, puzzle heavy, psychological horror game with Lovecraftian themes and spooky monsters. Fortunately, unlike Agony, it’s not set in Hell but takes the Amnesia approach of being set in an evil mansion, albeit before the monsters have killed everyone inside this time.

Lust for Darkness tells the story of a man whose wife has been missing and presumed dead for a long time, something like what happens in the beginning of Silent Hill 2. The comparisons go even further as he receives an odd message, supposedly from his wife, and decides to go wandering into a mysterious and dangerous place in an attempt to get his wife back again.

The controls function pretty much exactly as you would expect in a first-person horror/puzzle game. You walk around with WASD and click on things to either collect them, examine them or interact with them in some way. The oddest thing about the environments is just how much of it is interactive. You can pretty much open every drawer, wardrobe or chest and examine the contents. Most of the time, doing this is entirely pointless, but hey, if you really want to waste your time looking at some random books you happen to find, then this might be your best chance to do so. 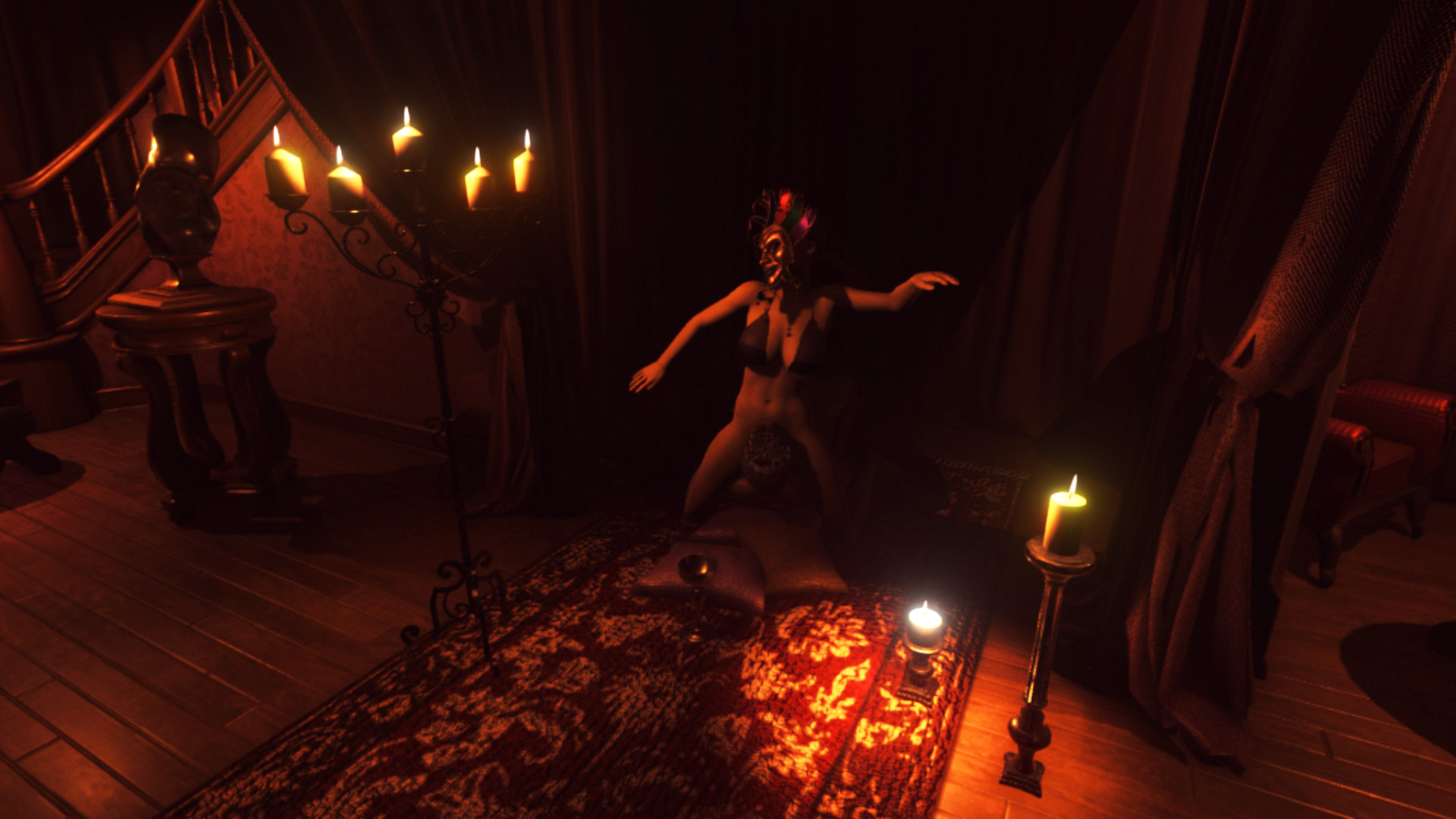 As well as puzzles and a ton of random objects to look at, there are also some stealth elements, although they only really come up about twice in the entire game. Both of these sequences involve you having to avoid a bunch of cultists as you creep around the mansion looking for a disguise. In both instances you find the disguise within about 5 minutes, and the actual stealth doesn’t actually seem to require much thought. You can basically run around at your pleasure as long as you aren’t too close to a cultist, and even if you do get caught, you just go back to the beginning of the stealth segment to try again. The stealth elements feel a little token and forced, sort of like they didn’t really need to be there at all, if we’re honest with ourselves.

After a small amount of time exploring the mansion, things get heavily sexual, and then a giant, evil portal opens up and you have to enter a dark world filled with more genitalia than an H.R. Giger wet dream. This world, hilariously named Lusst’ghaa, is all wet and dark and introduces another mechanic: the Mask of Omniscience. Basically, it’s like a pair of those glasses you are given at certain museums and family attractions that allow you to see secret symbols, except that this time you can actually walk on or through the things that the mask affects. While the physical effect that the mask has on the world doesn’t make sense, it is at least a little interesting that it allows you to understand the alien language written around the game world, adding a reason to use the thing. Oh, it also apparently reduces your sanity if you use it too much, but most of the time you won’t notice because you really only need to have the mask on for a few seconds at a time.

Occasionally during the course of the game, you’ll be forced to run away from something, usually a horrific monster in the demon realm, but once or twice it was an actual human being in the mansion. Once again, these segments don’t actually present much in the way of a challenge, you just dash as quickly as you can away from whatever is chasing you until the music stops and makes it clear that you’re safe. If they manage to catch up to you, then you just go back to the beginning of the chase and do it again. Most of the time, in the demon world anyway, you can simply run around a strut then make a break for the door, the only danger being getting lost in the same 3 wall textures and hitting a dead end where you’re devoured or stabbed or whatever it is that the monster does to you. 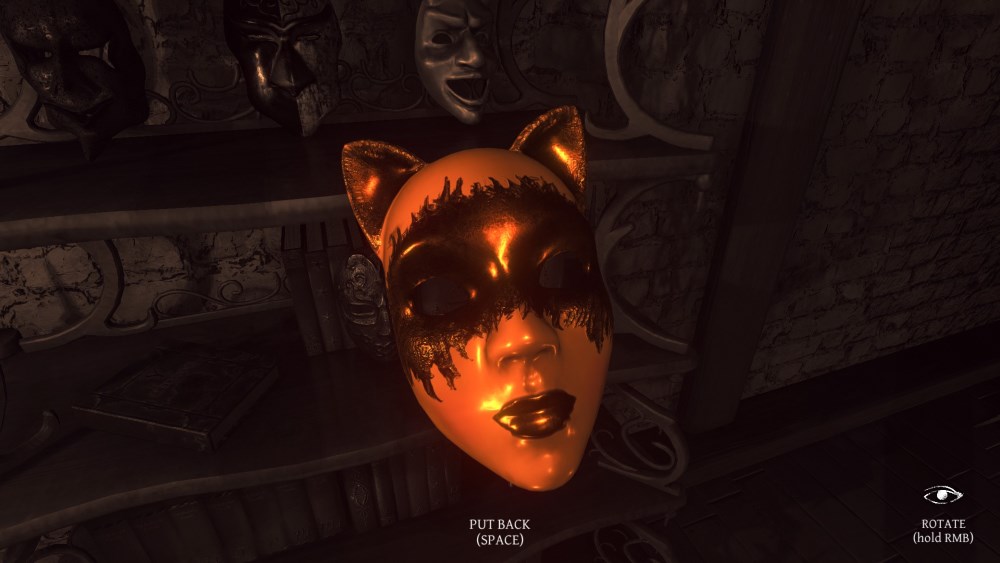 Lust for Darkness does have puzzles but not all that many. Most of them involve finding a key or key-like object and then finding a hole to put them in; FREUD, FREUD. There is only really one puzzle in the entire game that stands out and was sort of enjoyable, and that’s a moment where you are trapped on a set of endlessly repeating stairs and have to figure out which of the three symbols you need to use to stop it from continuing. The puzzle’s solution requires you to actually explore the environment to figure it out, and it was the first time during the entire game where I felt satisfied playing through a puzzle.

The biggest sin of Lust for Darkness was probably the fact that it was only 2 hours long and performed a fatal, save-corrupting crash right before the ending played. On top of that, the story just feels a little uninspired, I mean it’s certainly not the first horror game that features a cult and a husband who’s searching for his estranged wife/partner. Having said that, there are some interesting points on display here, the juxtaposition between the arrogant confidence of the cultists at the beginning and the cries for mercy and warning that you hear once most of them are in several pieces with demonic genitals shoved through them is certainly interesting enough, and it might have made for an interesting narrative point if it had been more focused on. 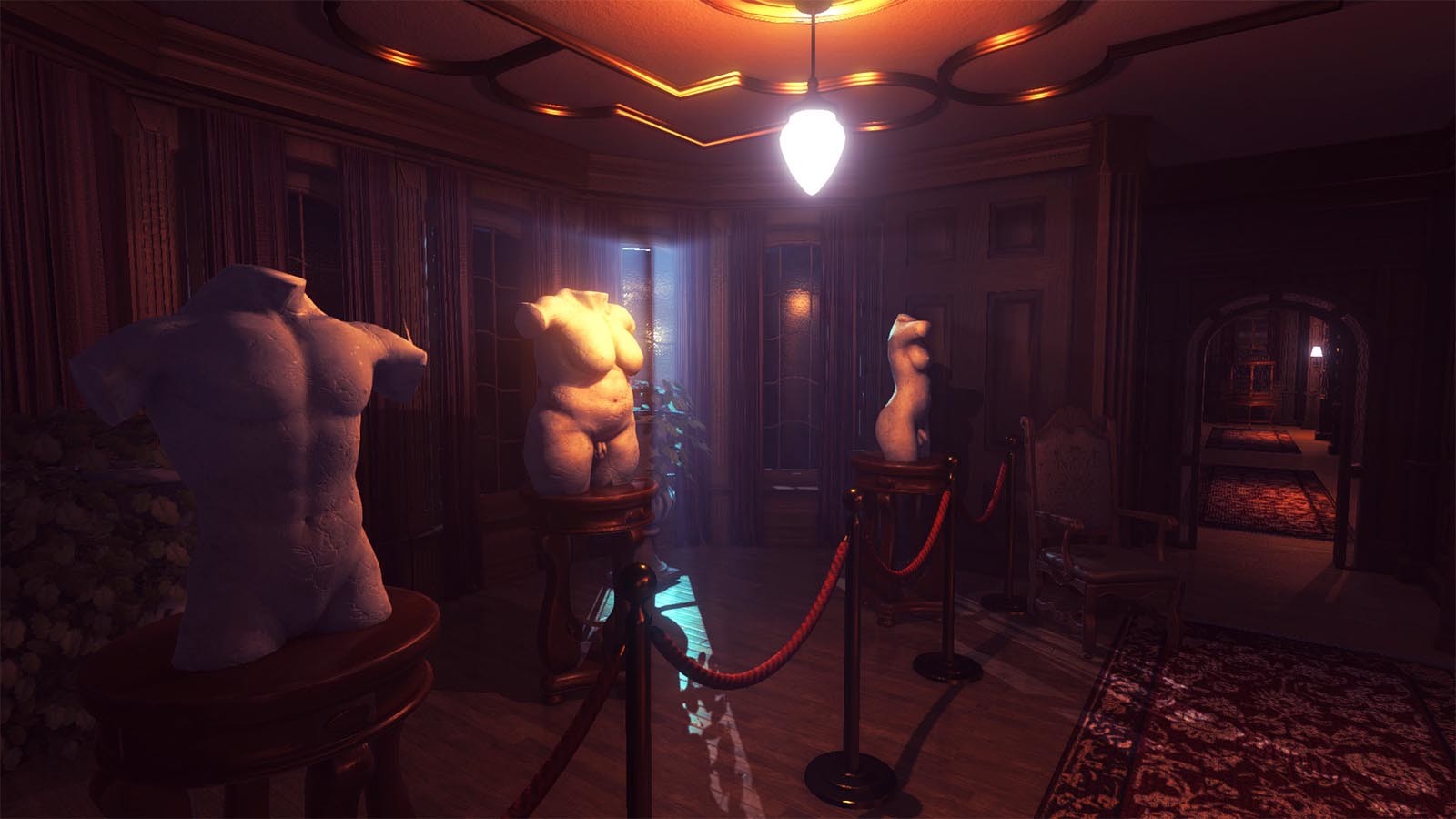 Lust for Darkness almost feels like it’s trying to sell itself solely on sex, which is a real shame because there are some elements here that might have made for a genuinely interesting game. The puzzle with the endless stairs was good, and the way the cultists get their shit ruined works, and the game both looks and sounds pretty decent for an indie horror game. The huge issues that stopped it from actually being any good, however, are the reliance on an insanely cliched horror story, a mish-mash of different game mechanics, and the shoe-horning of sexual elements that were trying to convey body-horror but just ended up feeling juvenile and confused. Still better than Agony though.

For more information about Lust For Darkness, click HERE

Check out our review of the mechanically horrifying Agony HERE 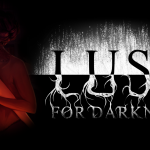 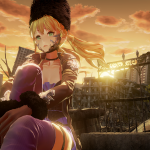 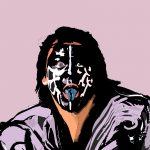