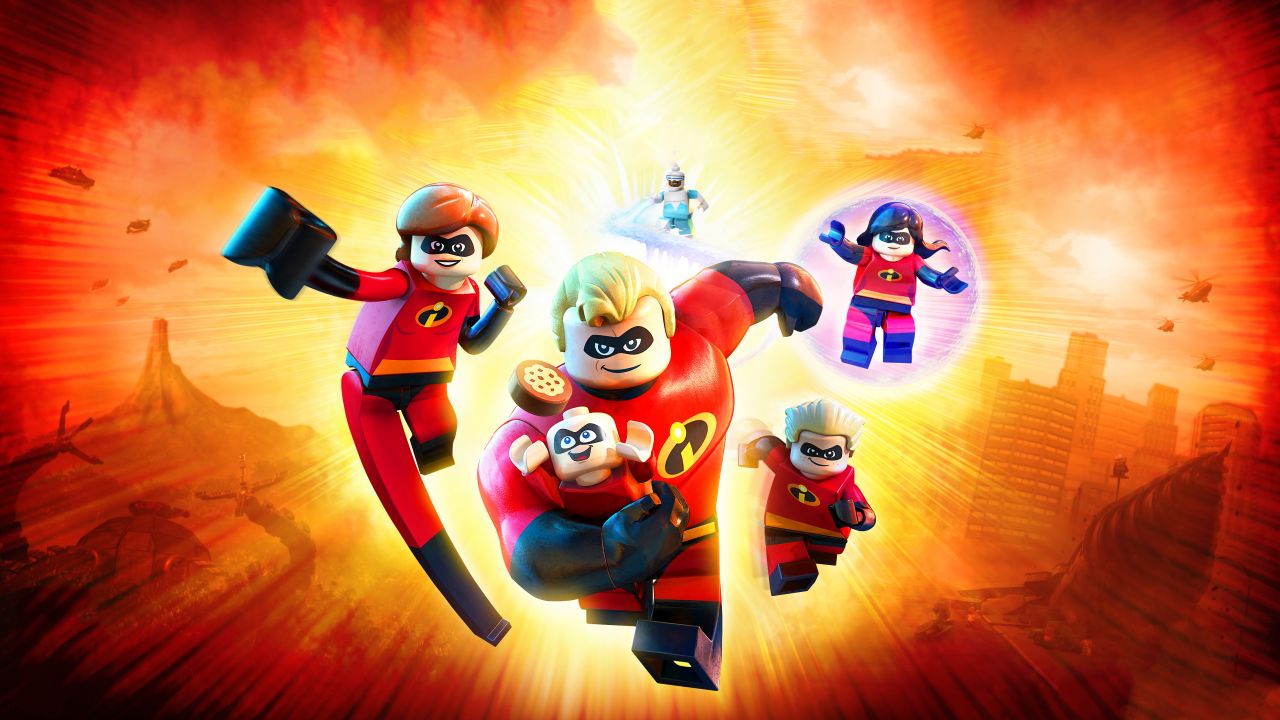 Sometimes a game company gets so good at making a certain type of game that they pretty much don’t make anything else. Hell, FromSoftware have been so comfortable in their little niche that they’ve been pretty much wallowing in it since 2009, and most people can identify a Telltale adventure game from a single screenshot. Certainly a company that is pretty happy occupying its niche is Traveller’s Tales, the company responsible for single-handedly flooding the market with 20-plus games that all feature small, plastic characters based on several popular IPs. The trend doesn’t show any signs of slowing down with their latest effort, LEGO The Incredibles.

So, LEGO The Incredibles was developed by TT Fusion and published by Warner Bros. Interactive Entertainment. TT Fusion previously developed several of the LEGO games in the series but had their start with a lot of the handheld and mobile versions of the main game series. They have, however, produced several main console release games at this point, including LEGO Star Wars: The Force Awakens and LEGO Jurassic World. Interestingly, this game also marks the first time that a LEGO game has been made based around a Pixar property, so let’s dive in properly and see how well the two have come together. 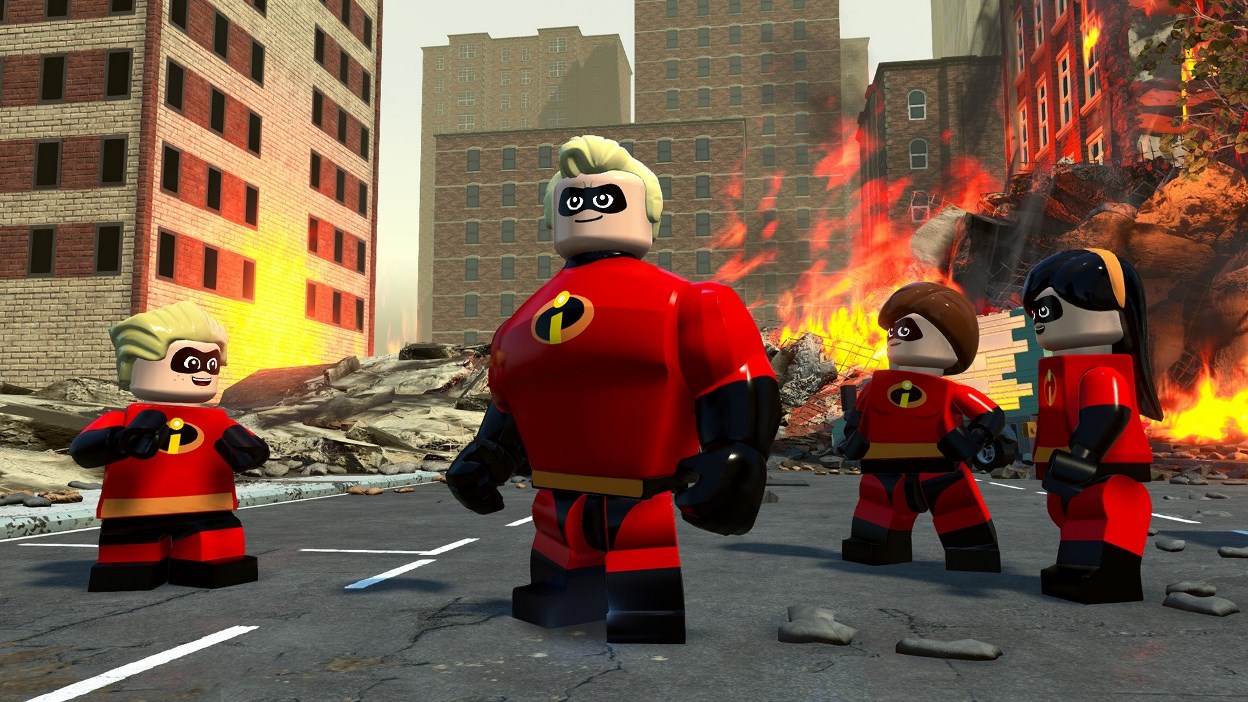 The controls of LEGO The Incredibles are very similar to the now well-trodden ‘LEGO games’ formula. You run around a world built out of LEGO pieces, you control characters based on LEGO mini-figures, and during the course of the gameplay you have to break down and reconstruct parts of the world to continue the level. You have a single button for combat, as well as a handful of special properties or abilities based on which character you happen to be controlling at the time. Finally, you can also swap between characters at pretty much any time to gain access to the abilities you need.

As you can probably tell, the combat in the game is very simplistic and gets repetitive pretty quickly. For the most part, your only recourse in combat is to keep mashing the attack button until either you or your enemy explodes into little plastic pieces. Luckily, there were some changes made to the combat in LEGO The Incredibles which do help to set it apart from the other games in the series somewhat. While attacking enemies you have a combat chain which builds up, and once it gets to a certain point, you can mash the button to unleash a super attack that uses your specific character’s super power to defeat pretty much every enemy and smash every object in your immediate area. While this does help to break up the monotony of combat a little bit, it still ends up coming out as just jabbing the same button over and over again. 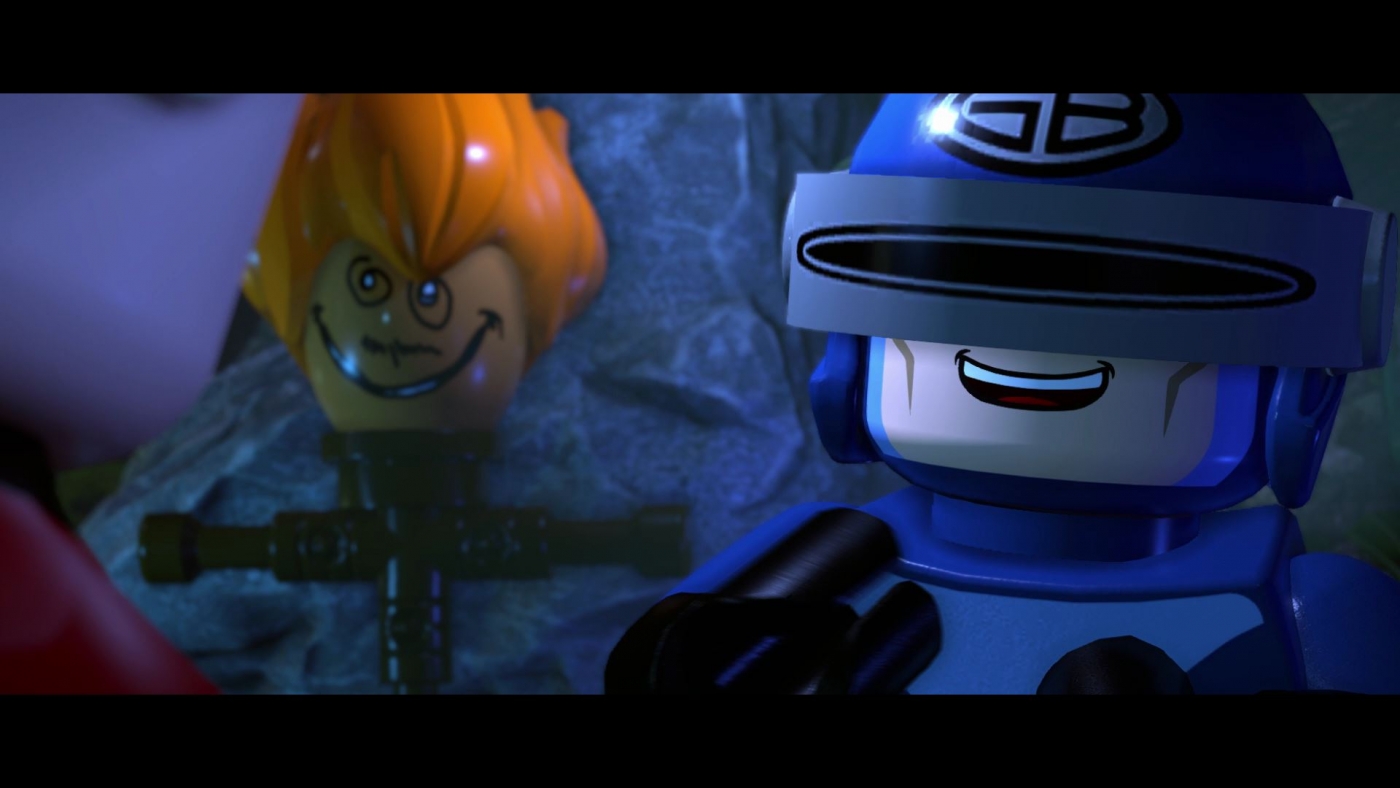 The missions in the game are pretty standard ‘LEGO game’ fare. You move through a linear mission area solving mini-puzzles, building stuff out of LEGO pieces and beating the studs out of enemies until the level finishes and you can continue. These segments are broken up by humourous cutscenes that tell the story of the two Incredibles movies, weirdly telling the Incredibles 2 story first then going back to cover The Incredibles. The humour in the game is a little hit and miss at times, but it always has been across the games, and having the cutscenes follow the movie so closely doesn’t particularly help that. Although there was a single scene that got a laugh featuring two old ladies who have a fistfight over a biscuit.

So the missions are a little monotonous, but then again, they usually are in LEGO games. The thing that keeps people interested in playing is the IP itself. While The Incredibles works very well as a movie, it doesn’t quite have the same appeal that Batman or The Lord of the Rings managed to have in their Lego adaptations. On top of that, none of the other LEGO games had the hugely long load times that are present in this title for some reason. Seriously, you can be waiting around upwards of a minute for the game to load a level or the overworld.

On that note, the game features a full sandbox map between all of the levels. While all of the Lego games feature some sort of freely explorable areas between the levels that usually feature collectibles and challenges, they don’t all have what you’d call a ‘true sandbox’. Thanks to the superhero nature of the game, you are free to explore a city map using a variety of different powers, kicking criminal butt, saving civilians and generally being a real goody-two-shoes. You can also find different unlockables and collectibles in the overworld, including new characters to play as, as well as a bunch of different cheats that change the game in various ways, like increasing how much currency you pick up or putting little moustaches on all of the characters. 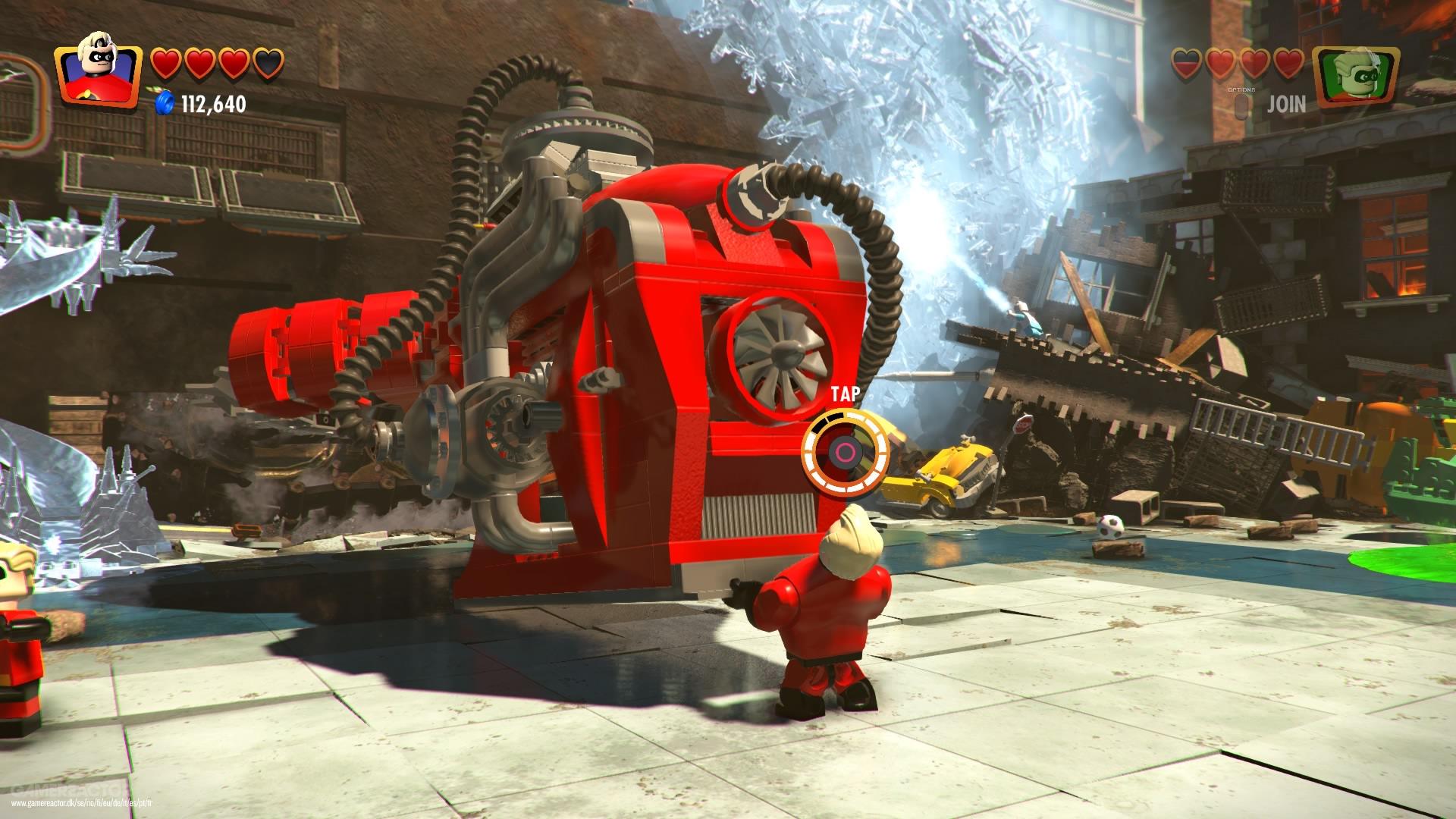 The unlocking of characters has something of a new element behind it this time around as well. Instead of simply unlocking some characters via the story and then having to purchase the rest from the menu, you now have to buy and find blind bags that contain random characters to play as, instead of actively choosing the ones that you want. In a way, this booster pack style of character unlocking does add a layer to the game, but whether it’s a good addition or not comes down to your own preference. On the plus side, however, it doesn’t seem like you can unlock duplicates of characters you already own, which is possibly the most annoying thing about real world blind bags.

LEGO The Incredibles really has the same things going for it that all LEGO games have going for them. Firstly is the IP. No matter what, if you’re really into The Incredibles, then you’ll probably enjoy this game, because despite having its dull moments, it is still very competently put together. Secondly, the game is a completionist’s wet dream. There is an easily trackable percentage of how much of the game you’ve completed, and with the huge amount of stuff to unlock, you can be playing the game for days. Finally, there is the biggest draw: the couch co-op. 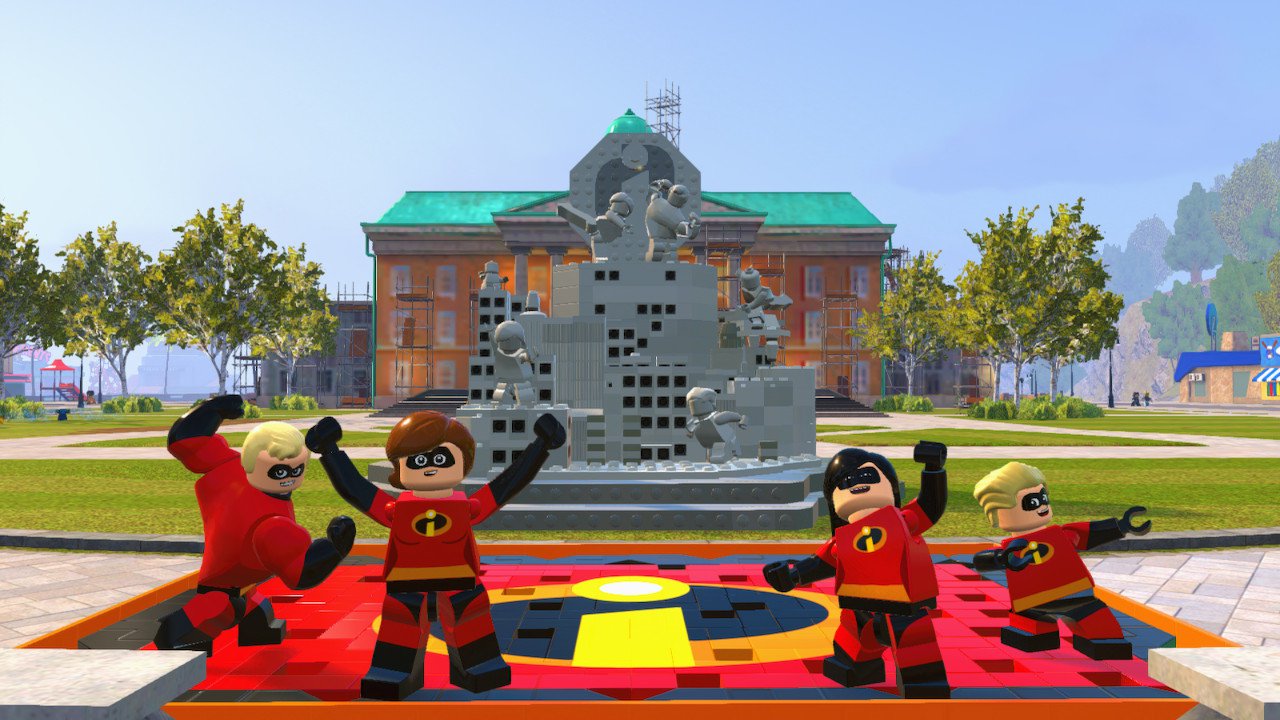 It is no secret that the LEGO games are one of the only triple A franchises out there that still includes split-screen co-op by default. Most AAA games these days require you to play online with your friends in different parts of the world, without even an option to play together while you’re in the same room. While the modern age of online play has enabled people to play with each other all over the world, it doesn’t mean that the value of local co-op should ever be forgotten, and TT seem to be one of the few companies keeping it alive.

For more information on LEGO The Incredibles, click HERE

Check out our review of another LEGO gem, LEGO Marvel Super Heroes 2, HERE 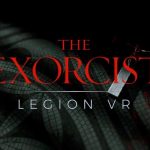 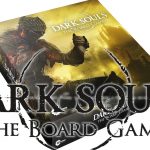 Dark Souls: The Board Game Review