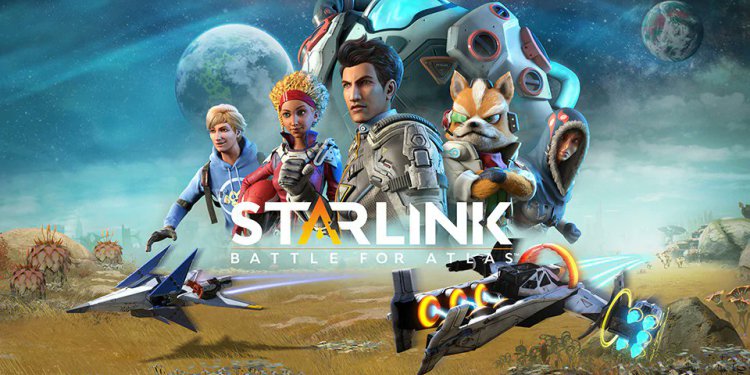 Reviving a long forgotten commodity is sometimes a work of genius. Whether this is a fashion item once loved and treasured decades before or remaking a classic film that had slipped from everyone’s mind. It can obviously also completely fail, trying to breathe life into something considered by many has ‘done’. Generally speaking, a revival of commodities tends to be some time apart; 3D films, for example, there was a massive push in the 1980s for 3D films and then nothing until the mid-2000s. Generally speaking, you don’t try and revive something that has just fallen out of favour within the last couple of years. Yet that is exactly what Ubisoft has done here with their toys-to-life release, Starlink: Battle for Atlas.

Bit of a confession here, the toys-to-life genre is something that I have never really been fussed with. For one, I didn’t truly understand the mechanics behind it, and in sort of a little protest against already having to pay for DLC, I didn’t want to then have another game where I have to buy toys to help complete a game. That feeling of protest went away within seconds of starting to open the packs that come with Starlink. I wasn’t this cynical 30-year-old, I was eight years old again, opening the newest toy from Woolworths (god, I miss that place), and couldn’t get wait to get started. What made this ever so more exciting was something that is exclusive to the Nintendo Switch version of Starlink, and that is the inclusion of the legend that is Starfox! This is a genius move by Ubisoft as regardless of what it is or how good it is, Fox McCloud and the gang are still extremely popular, so it was always going to sell.

So, to anyone (like me) who is new to the toys-to-life genre, here’s a quick rundown on how it all works. Buying the Starter Pack for Starlink, you’ll be given Fox McCloud’s famous starfighter, the Arwing, a model of the canine hero himself and two weapon attachments for the ship. You will also get a figure of the main character, Mason Rana, to use if you wish (not sure why you would with Fox McCloud ready and waiting). You’ll also get the controller mount that the ship and character will be attached to. There are other ships and weapon packs to buy which range in price from £5 to £25. Ubisoft advertised instant change from toy to screen when swapping out different parts of the ship or changing the ship completely, and they are absolutely right. There was a bit of an embarrassing moment where I couldn’t work out for the life of me why one of my weapon mounts wasn’t working, only to find it facing backwards on my ship! So during the heat of combat, I took it off and put it the right way, and it instantly changed in the game.

Not only do the toys work really well with the game, but they also look immensely cool. Ubisoft has made sure the toys are the spitting image of their video game counterparts. Having different ships and different weapon mounts are needed in Starlink as some ships have different stats that will help in certain situations, and different enemies or puzzles may need different weapon types. This does mean that it could become quite costly buying all the different toy packs. Ships are the least needed out of the two, so that does bring the cost down somewhat. Ubisoft has also offered an alternative for those not wanting to collect dozens of plastic starships, and that is by buying all the content digitally. If you also get the deluxe version of Starlink, you’ll be getting all the currently available content. You can look at this option two ways: One, Ubisoft have done the clever business thing and not alienated any potential players who do not want to collect the toys, but on the other hand, they have also made the toys a bit redundant by allowing for everything to be purchased online.

But how does the gameplay itself work, I hear you ask? Well, let’s get the story out of the way quickly. Starlink is your go-to space opera story. Bad guys want to take over the galaxy and kidnap a scientist to help them achieve their dastardly plan. The good guys then stop at nothing to vanquish this threat and look to bring peace and security back to the galaxy. With the Switch, we also, of course, get the Starfox gang interjected into the main story. Their inclusion seems extremely natural, and they are not just awkwardly inserted into cutscenes and look stupidly out of place. The voice actors do a tremendous job with keeping the story interesting and quite humorous throughout.

Starlink takes place in the distant Atlas system, and much like No Man’s Sky, you are free to explore the system as and when you like. There are half a dozen or so planets to explore, as well as outposts and asteroid fields in space that could be hiding some goodies for you to find. Again, taking No Man’s Sky as inspiration, the transition between space and planet and vice versa is immediate, with the entire Atlas system ready to explore after the opening thirty minutes or so. Due to having the entire system available at your whim with zero loading screens or delay between surface and space, the Switch version has obviously had to have some of the graphics dialed back a bit compared to the PS4 and Xbox One releases. This is by no means a bad looking game at all, with Starlink on the Switch still being more than capable of having you spam the screenshot button as sunlight gleams off your ship, but there are some noticeable scale-backs on small details on the ships themselves, and as you could imagine, the draw distance can be quite poor at times. Without using Hello Games’ algorithm for generating new and different worlds, the planets within the Atlas system don’t generally have an extremely varied layout. A desert planet is a desert planet and so on. Luckily, you can zip around the planets quite quickly, and with your ship never running out of fuel, spamming the boost button to get to places more quickly isn’t a massive pain. 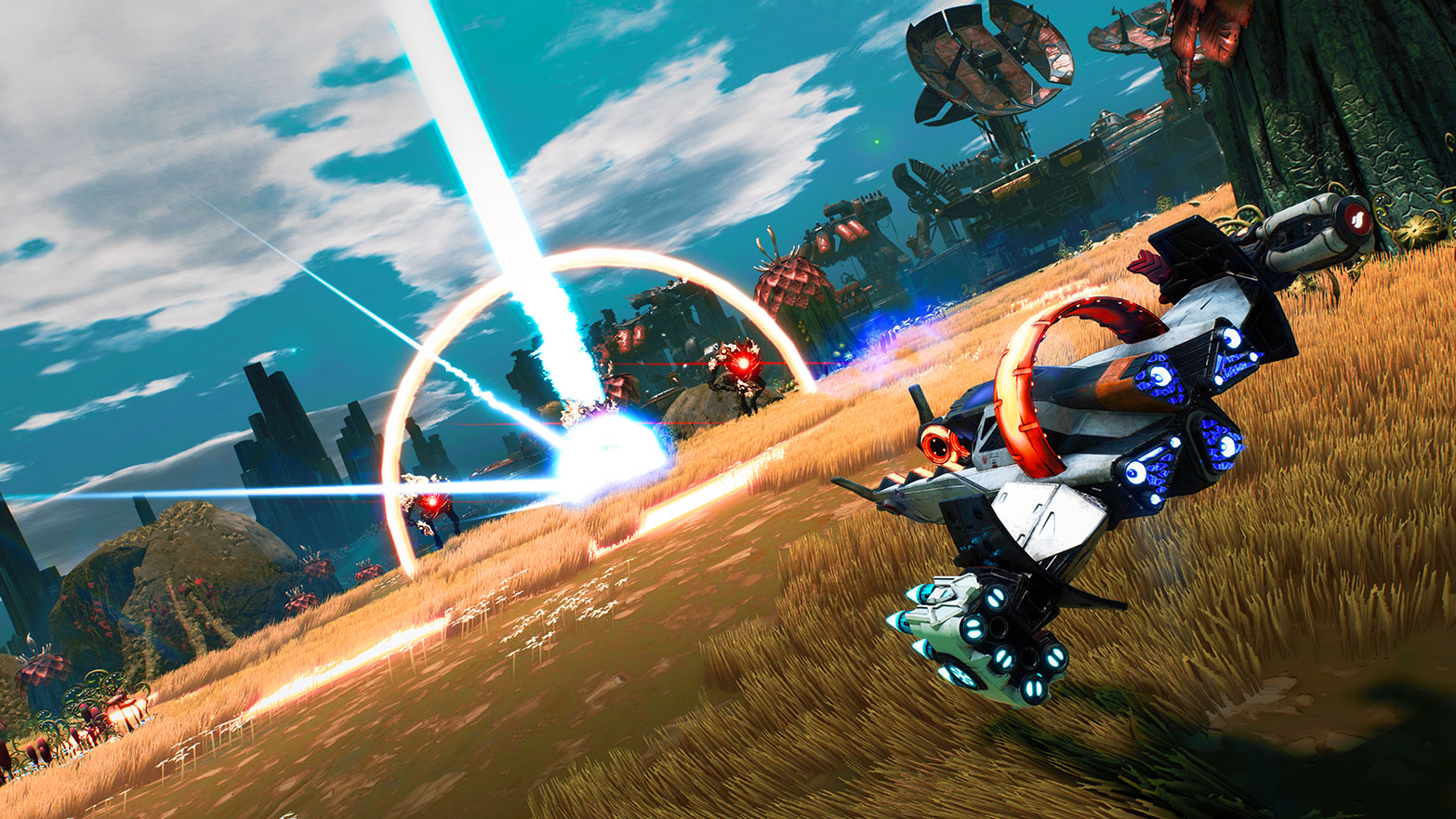 Exploring a whole star system is all well and good, but if the gameplay in-between is a bit lacking, then the whole experience becomes a bit mundane, right? Well, luckily Starlink has enough to keep your interest as you plod along the story. Exploring the planets is a lot of fun, and there is quite a lot of stuff to find and do on each one. You will never leave the cockpit of your ship, so this element is more like Elite: Dangerous than No Man’s Sky. With Starlink being aimed at the younger audience, there is quite a lot of repetition with the missions, which do include a lot of fetch quests, as well as the forever favoured by Ubisoft clearing enemy bases missions. Still, doing all of this as Fox McCloud is cool AF.

Combat is fun, if not a little bit simple, but when the target audience is children, you have to allow for an easier gameplay experience. Combat is kept somewhat fresh with you having to change the weapons you are using quite often. If you are playing Starlink purely digitally, then swapping the weapons is easily done by the pause menu. In theory, yes, you can swap the toy weapons physically as they change instantly in the game, but having to do that in the middle of a battle isn’t that practical, especially if, like me, you drop the weapon you need down the side of a chair! Combat will also take place in space and down on a planet’s surface, with the latter being a lot easier than the space combat. Dogfights in space are where Starlink really shines, and controlling your chosen ship is simple thanks to the straightforward controls.

Starlink: Battle for Atlas proves the toys-to-life genre is not quite as dead as we might have thought. There is a fun and enjoyable space-sim behind the toys, and with the option to buy all the content digitally, Ubisoft are catering to everyone. Oh, also, STARFOX!!!! 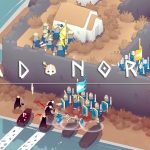 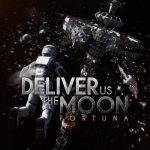 Deliver Us the Moon: Fortuna Review