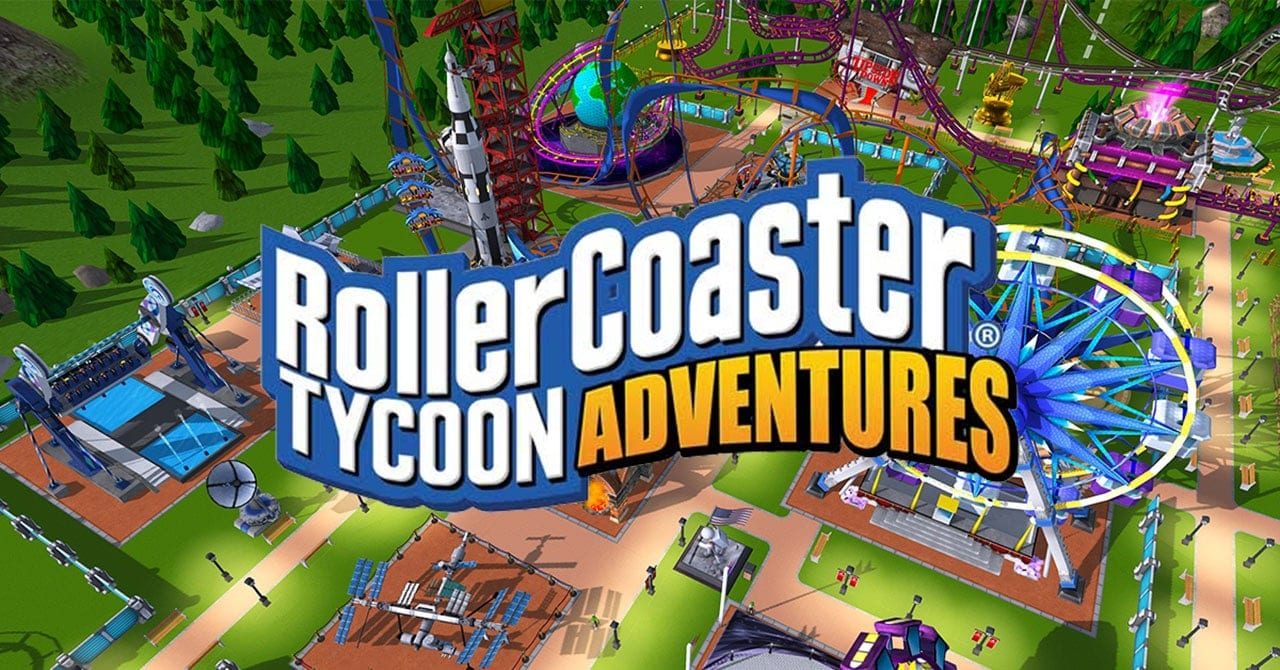 The RollerCoaster Tycoon series is one of my absolute favorite PC game series ever. I cannot tell you the amount of time I have spent playing the original game on my PC, although I’d likely have to guess the time spent is greater than 500 hours. With each new game, something new has been added; sometimes it makes the game better, sometimes worse. When I heard that Atari was bringing RollerCoaster Tycoon to Nintendo Switch, I got extremely excited. One of my all time favorite PC series is coming to one of my favorite video game consoles? Sign me up. Having spent quite a bit of time with the game on Switch, unfortunately, it turns out this is not the RollerCoaster Tycoon I remember. 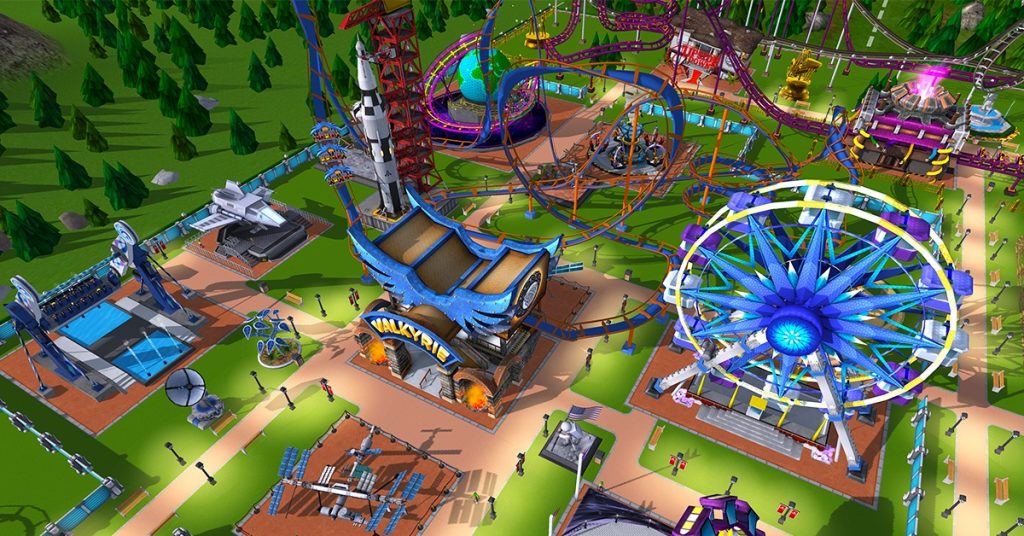 Here’s the thing about RollerCoaster Tycoon Adventures. It’s obvious that the developers spent time trying to flesh out Tycoon Adventures for Nintendo Switch. Gone are the microtransactions, and instead new gameplay modes have been added. I enjoyed the new Adventure Mode quite a bit. Adventure Mode sees you taking over an abandoned theme park company, and now it’s your turn to make it into a successful theme park. Along the way you’re presented with business decisions that affect your game. Some help you out, others hurt you. For instance, one decision early on is deciding whether to offer a Season Pass to your customers. The two choices are to offer it or not. Choosing to offer it gives your theme park a better reputation among people, and thus your attendance grows. Choosing not to offer a Season Pass keeps money in your pocket but makes the general public think you’re cheap and lowers attendance. This is a nice addition to the game as it forces you to make tough choices that affect your park. Classic modes like Scenario (various challenges that need to be completed in a certain amount of time) and Sandbox (build without restrictions or challenges) are available as well. There are many instances during gameplay when this actually feels like the RollerCoaster Tycoon I used to know. 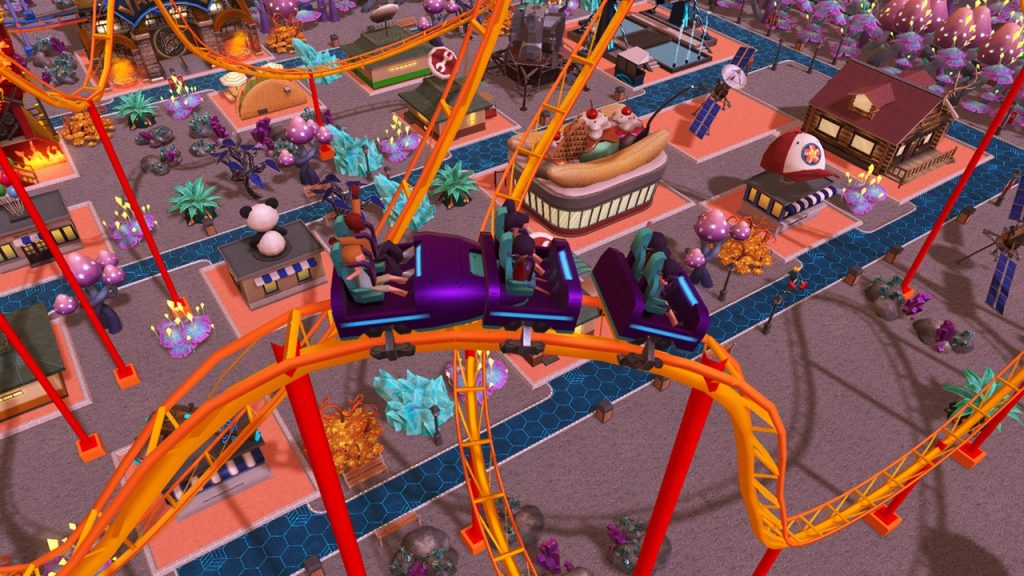 The problem is that this is very clearly a mobile game ported to Switch and not the full experience I remembered. Everything in the gameplay has been overly simplified to the point that it borders on being not fun. RollerCoaster Tycoon was all about letting you control even the smallest of details in your park. Want to tell the janitor where to clean? You could. Need to take a mechanic to a specific ride at a specific time for repairs? You could. However, you can’t do any of that in Tycoon Adventures. Everything is automated, the only thing I can do is build a janitor building. The game does everything else. This really does take away from the experience you’re used to and makes the game feel like a generic mobile theme park game. Even worse is that I can’t really customize the rides. This might seem minor, but one thing I always loved in the original series was being able to customize the cue for a ride. It allowed me to grow the line longer for more popular rides or make the line smaller for less popular rides. In Tycoon Adventures there isn’t even a ride line. People walk toward the ride, disappear, and then reappear moments later walking away from the ride. The game strips away small details that made the series so popular, making it nothing more than the mobile version of the game. 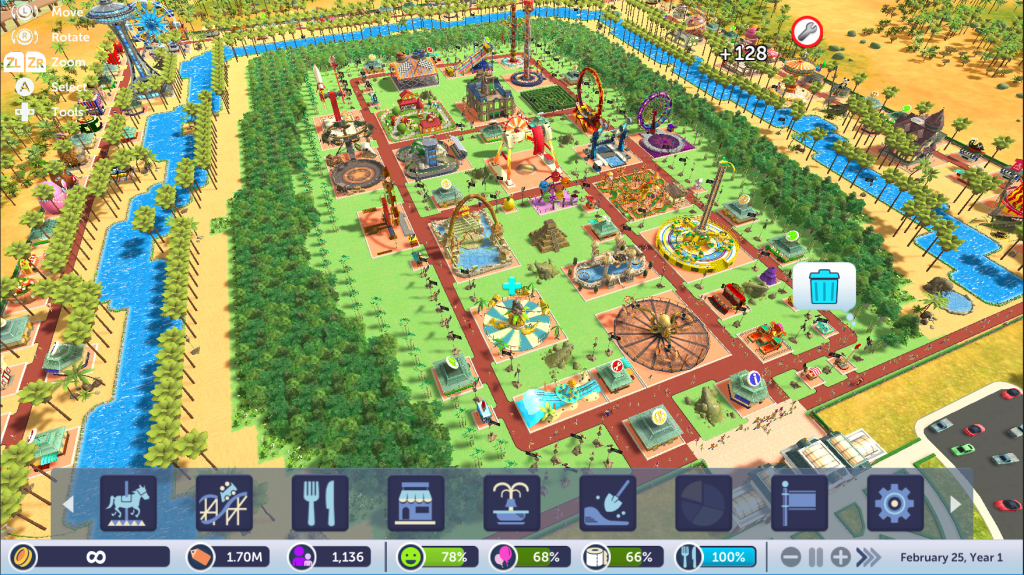 Even worse is the game’s performance and price tag on Switch. For a game that is “built for the Switch” (the developer’s words, not mine), it runs pretty awful on Switch. At first when your park has nothing in it, the game runs pretty well, and everything is quick. Once you start building your park and adding in rollercoasters, the game starts to run very poorly. The game sort of crawls through your park when moving the camera at that point. If you stay still in one spot, the performance fixes itself. However, in a game where you’re supposed to manage an entire theme park and not just one spot, this is a big problem. This issue of slowdown happens regardless of which playstyle you choose. However, I think the worst thing about RollerCoaster Tycoon Adventures is the insanely high price you have to pay to play the game: $50. I must remind you that this is a port of the mobile game that is free-to-play. Yet, despite being essentially a mobile game ported to Switch with some gameplay additions, you’re supposed to pay nearly the same price as a game like Super Mario Odyssey. Roller Coaster Tycoon Adventures isn’t worst $50, it just isn’t. It removes a lot of the fun gameplay of the series and simplifies the game so that, at most, you might call this a deluxe mobile game. 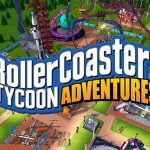 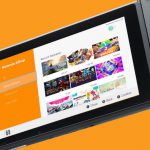