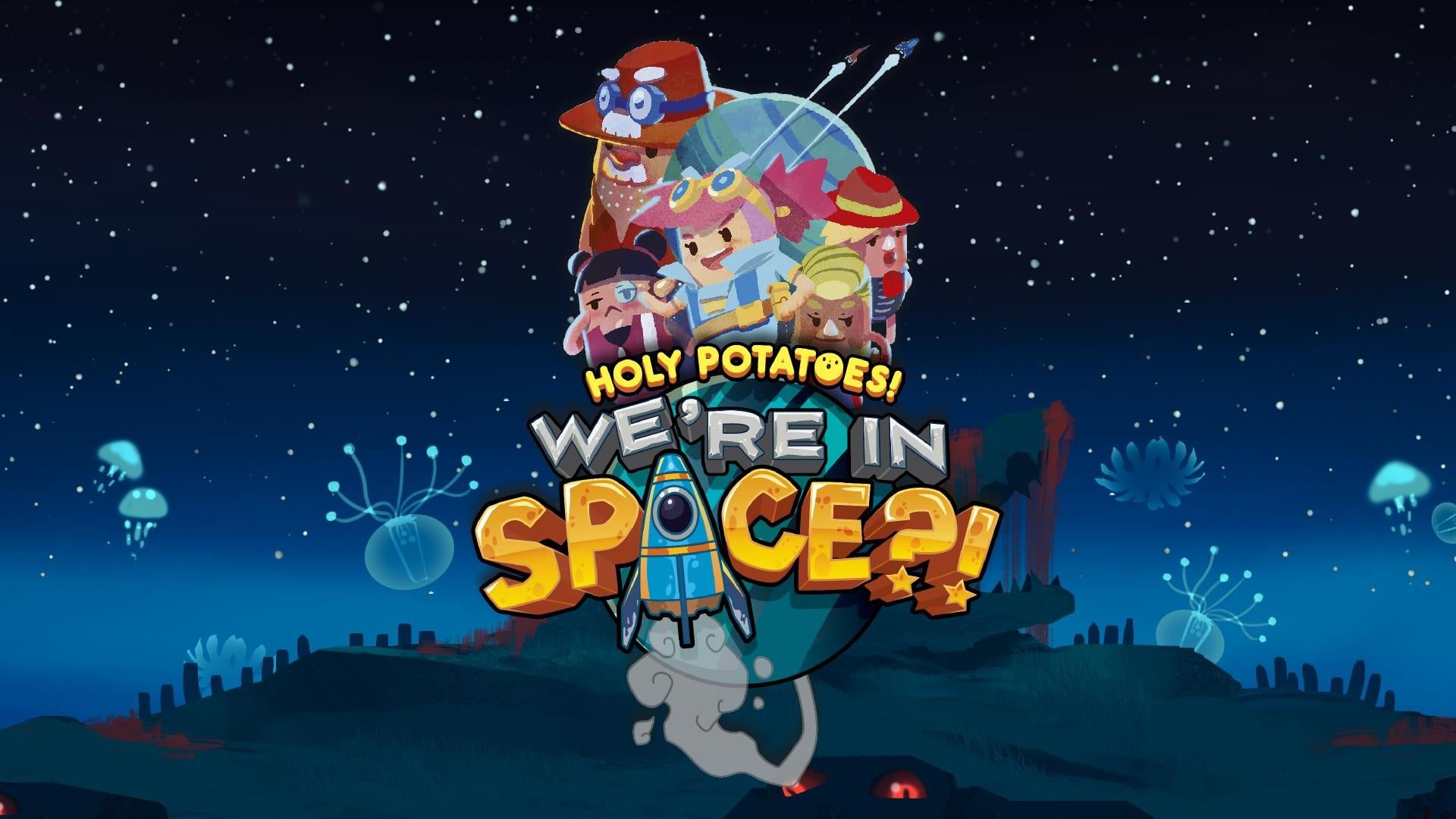 Back in July 2018, I got to review Holy Potatoes! A Weapon Shop?! on Nintendo Switch and truly enjoyed the experience. Now, the “sequel” game, Holy Potatoes! We’re in Space?!, also makes its way to the Switch and PS4. I say “sequel” loosely as this game shares part of the name of the original game but not the story or characters. However, I can say the original game’s charm and humor are bursting at the seams in this game. Holy Potatoes! We’re in Space?! is a very different game from the previous one, but through my time with it, it’s easy to say that it’s an equally enjoyable game to play on Switch (which is the system on which I played the game). 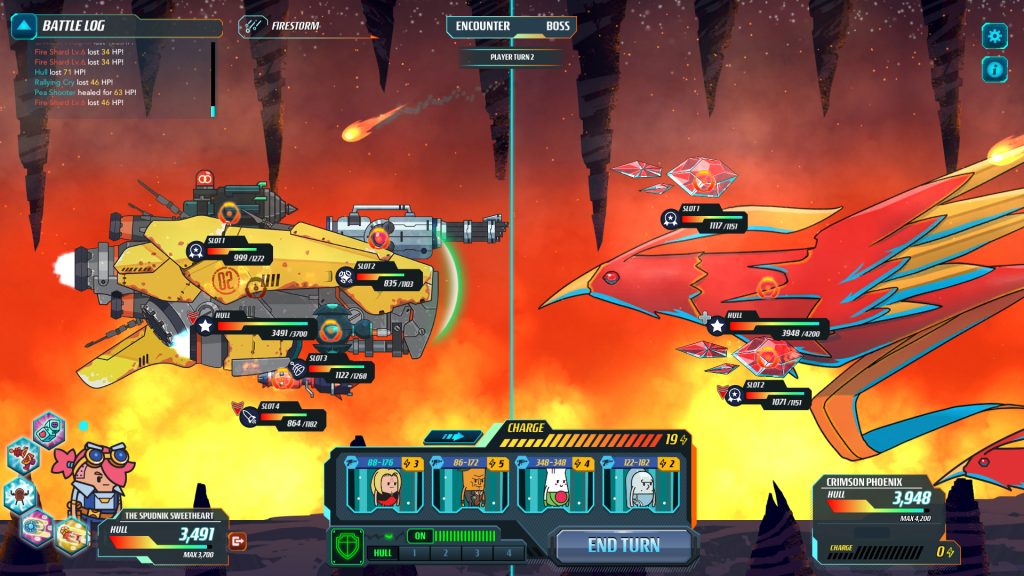 Holy Potatoes! We’re in Space?! takes place on board your ship, which you’re allowed to name something pun-ny. Also riding on your ship are sisters Cassie and Fey. Six months earlier the sisters’ grandfather, Jiji, had a run-in with Hal, the leader of the Eclipse armada. Presumed to be captured, Cassie and Fey have now set on a mission to rescue their grandfather from the clutches of Hal, all while trying to avoid the Eclipse in every galaxy they jump to.

From the moment you jump into the game, it’s clear where the inspiration came from: FTL: Faster Than Light. Holy Potatoes! We’re in Space?! is very clearly a management sim/space combat game, but the major difference between FTL and this game are the puns and potatoes. You navigate your ship from galaxy to galaxy exploring planets, gathering resources and defeating enemy ships, and you can choose to make a pit stop at the central hub to refuel and repair your ship. The hub is also the place to purchase a wide range of weapons and hire additional crew members. However, what I really like about this game is the tension. It’s very clear from the moment you get to a new galaxy that you only have a limited amount of time in which to explore the current galaxy and to complete a mission. Take too much time, and an Eclipse ship will catch up with you, and let’s face it, that’s not a good thing. Yet, I really like that. I enjoyed feeling like I could choose to do what I wanted but with the constantly looming fear of knowing that at any moment the enemy would arrive. It added tension to each mission and presented a new wrinkle into how I played the game. 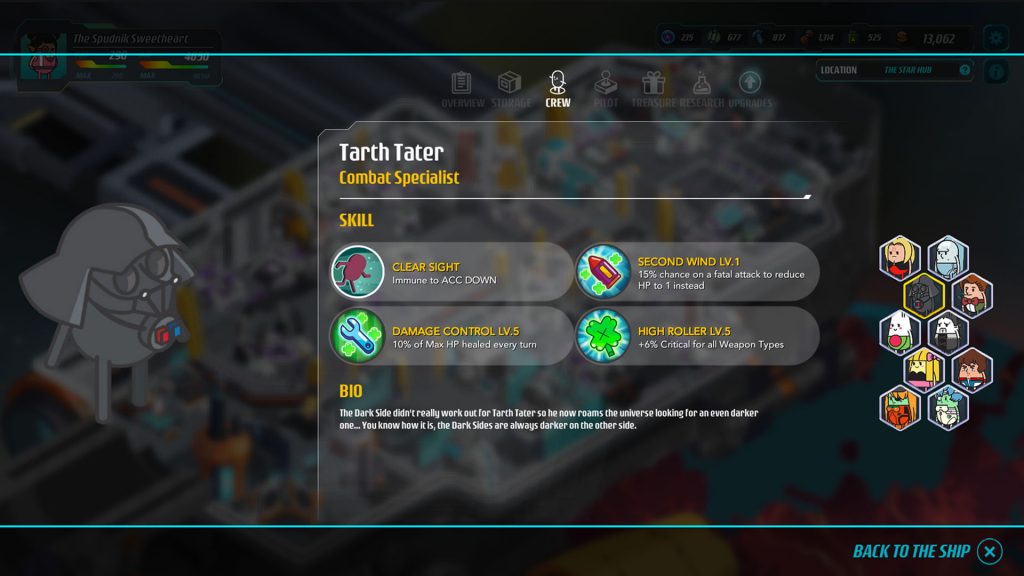 Combat is another area where Holy Potatoes! We’re in Space?! shines. Combat is turn-based, so you select one of your crew members and assign them a target. The choice is yours where you want them to attack. Maybe you want to focus on taking out one of the enemies’ guns or maybe focus on taking down their hull. Another factor you have to think about is the weapons themselves. Maybe you have a gun that does little damage but can fire multiple times. Or perhaps you have a really strong gun that can do major damage with one shot. Again, the choice is yours, and I really enjoyed this. It makes each battle mine, and my decisions dictate how it will go. Maybe I was foolish and focused on the wrong part of the enemy ship, maybe I was dumb and tried only using my big gun. Figuring out what to do next is my decision and gives a certain risk/reward element to the game. It never felt unfair either, which is something many games struggle with. My success or failure is on me and not because the game was unfair.

To be completely honest, if you’ve played FTL: Faster Than Light, you’re aware of the kind of gameplay included in Holy Potatoes! We’re in Space?! Thankfully, this game offers a nice, simple system that doesn’t offer the same depth and mayhem as FTL: Faster Than Light. I say this as a good thing because I see Holy Potatoes! We’re in Space?! as a great starting off point for people new to this style of game. Plus, I can honestly say that the Holy Potatoes! games are some of the best written games out there. Just know that the humor is full of puns, so if that is something you’d enjoy, I’d highly recommend the game. 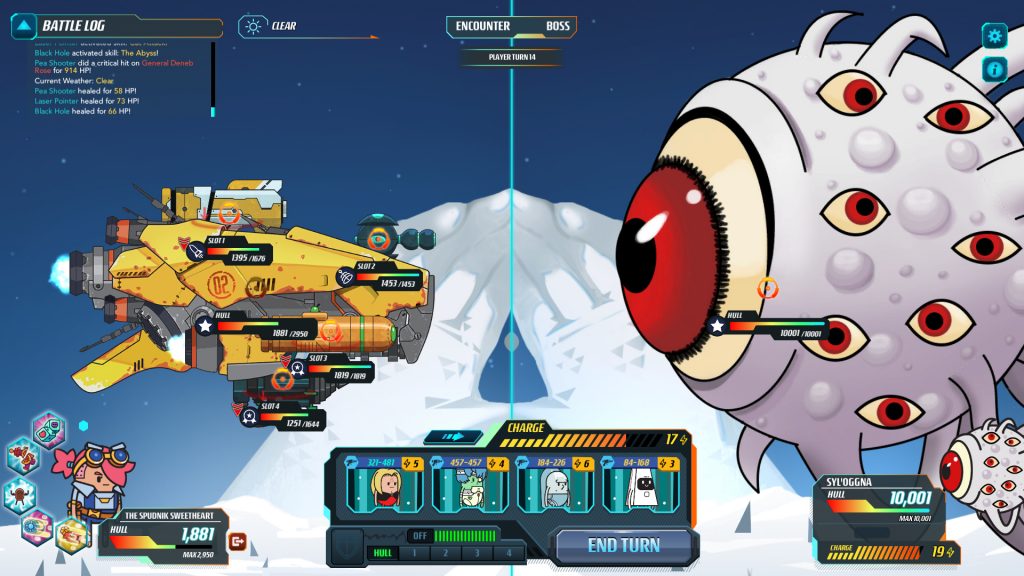 The game itself looks and plays great on Nintendo Switch and is another example of a great game for the Switch’s pick up and play style. The crew and ship designs look great and add real character to the game. The interface also works pretty well, although moving around the ship and assigning crew tasks feels like it requires a few more steps than it should. To be fair, this game’s interface is much better than that in the previous game on Switch.

My only real complaint with Holy Potatoes! We’re in Space?! is that after a while battles can feel a bit bland. The somewhat limited battle options mean that, after a while, the game’s combat starts to feel very repetitive. To be fair, the game isn’t trying to replicate FTL’s intense battles. However, with the limited things you can choose to do in a battle, after a while it starts to get boring. This issue can get worse as your crew gets better. Over time your crew starts to learn how to repair your ship. This means that over time, battles can become frustratingly prolonged because your crew learned how to repair whatever part of your ship was damaged. It’s not a game-breaking issue, nor would I say it’s a game ruining experience. Just know that after a while, the battles may start to feel bland. That said, I’d totally recommend people playing Holy Potatoes! We’re in Space?! It’s a funny game with a simple turn-based battle system, and it’s perfect on Nintendo Switch. 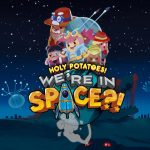 Holy Potatoes! We're in Space?! is a funny turn-based combat game you should absolutely pick up on Nintendo Switch. Its wonderfully funny writing, simple turn-based combat, smart ship management systems, and actual tension in the gameplay make for a great experience anytime. The game looks and plays great on Nintendo Switch. My only major complaint about the game is that its limited options in combat can make the battles somewhat boring and drawn-out after a while. Still, if you're looking for a great ship management/turn-based combat game on your Switch, look no further than Holy Potatoes! We're in Space?! 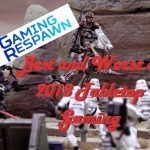 Best and Worst of 2018 Tabletop Gaming 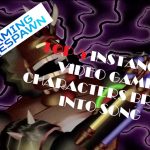