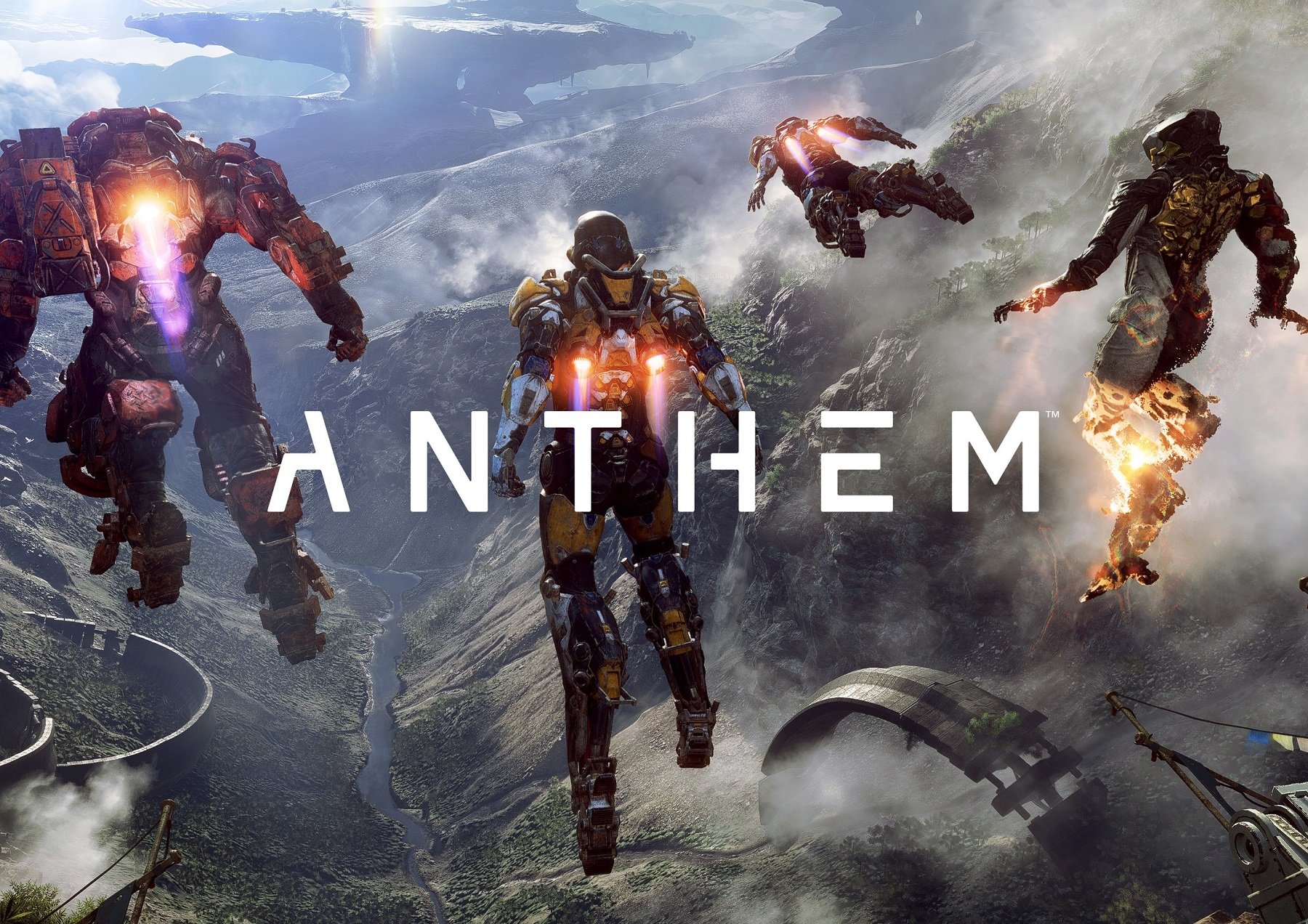 Due to criticisms received over the score that was originally awarded to Anthem by the reviewer, we have made the decision to remove the score altogether. Every review is the personal opinion of the reviewer, but there are times when a score that has been awarded may not always be justified when all aspects of a game are considered. We value the opinion of our reviewers, but we are also mindful of any feedback received from our viewership and the gaming community as a whole. We feel that this decision protects the integrity of our site while also acknowledging some of the valid criticisms received.

Anthem is an online multiplayer action role-playing game. The game was released on 22nd February, and it is available for Xbox One, PlayStation 4 and PC. Anthem was developed by BioWare and published by Electronic Arts. It is played in both third and first-person. Both BioWare and Electronic Arts have created some huge and amazing game titles over the years, like Dragon Age and Mass Effect.

Anthem presents a huge open-world for players to explore. You take the role of Freelancer, and as a Freelancer, you will control powerful exo-suits to defend humanity. Shortly after beginning the game, players will choose one out of four types of exo-suits called Javelins. These include Colossus, Ranger, Interceptor and Storm. As you grow in strength and your level increases, you will unlock the other exo-suits, so don’t worry about missing out. Colossus is a tank-style fighter that can take lots of damage and keep the focus of enemies. Ranger deals damage from a distance utilising different types of grenades and missiles. Interceptor is extremely quick and agile and can get very close to the enemies using melee attacks. Storm uses elemental powers, such as ice, fire and lightning, to damage enemies. Each type of exo-suit has a special (though non-customisable) ability that charges up in battle. It is visible through a gauge on the screen where you can also see your other abilities charging up so you can use them in battle. 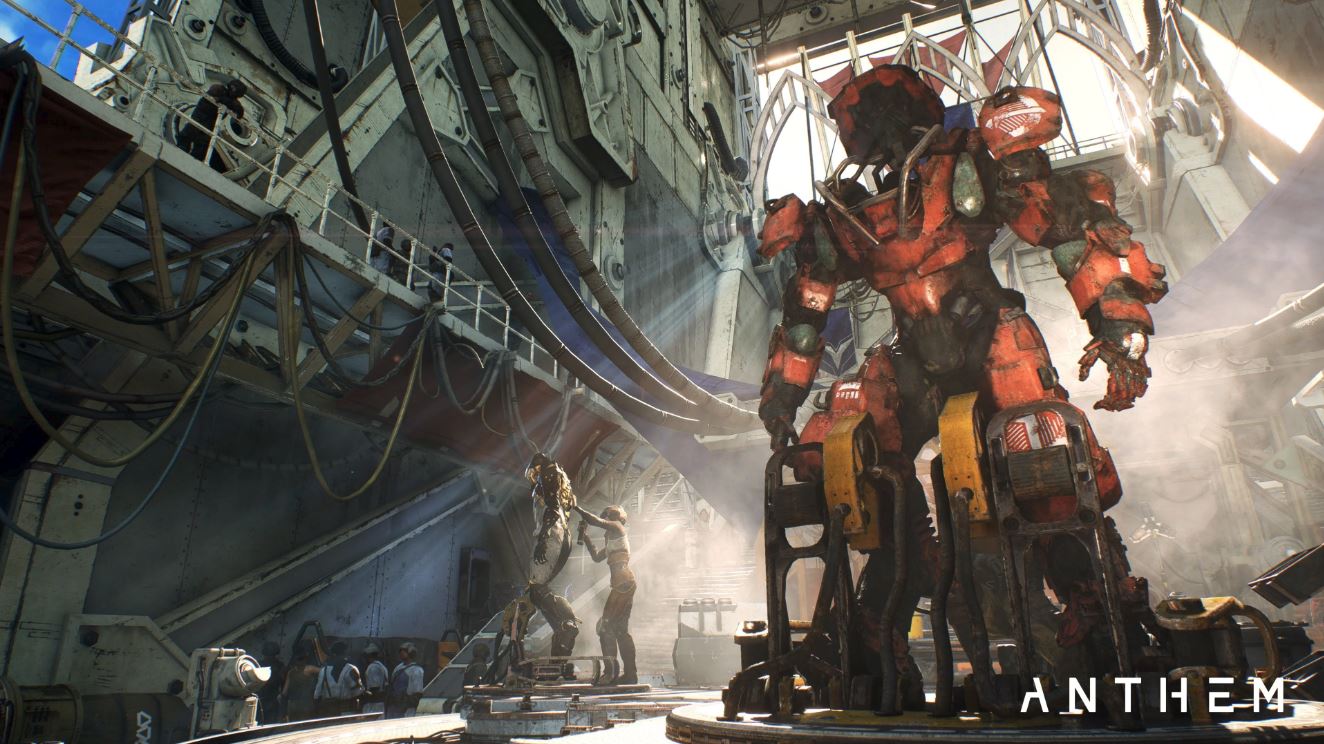 The title “Anthem” refers to the Anthem of Creation, a mysterious and powerful force responsible for most of the technology available to humanity. Beyond the walls of your character’s city, Fort Tarsis, the world is a dangerous place. Players will follow the story to stop an evil character named The Monitor who is trying to seize control of the Anthem. Whilst following the story, players will also complete contracts, side missions and strongholds, which are like dungeons filled with enemies.

Anthem offers players the opportunity to completely customize their character. You choose their voice, their face and then completely customise their exo-suit. The customization options available to you will depend on which exo-suit you choose. I chose a Storm exo-suit. As I grew in level, I tried the other exo-suits, but I found that Storm was my favourite.

You can change the style for each part of your exo-suit along with the material used and the colour of that material. You also choose which abilities you would like from the options specific to the type of exo-suit. I found that the best abilities for Storm were ice abilities to freeze enemies. You can also add your choice of components to enhance your statistics, making you stronger. There is also the choice of a primary and secondary weapon that you can switch between. It is down to you to find the weapon that you are best at destroying enemies with. 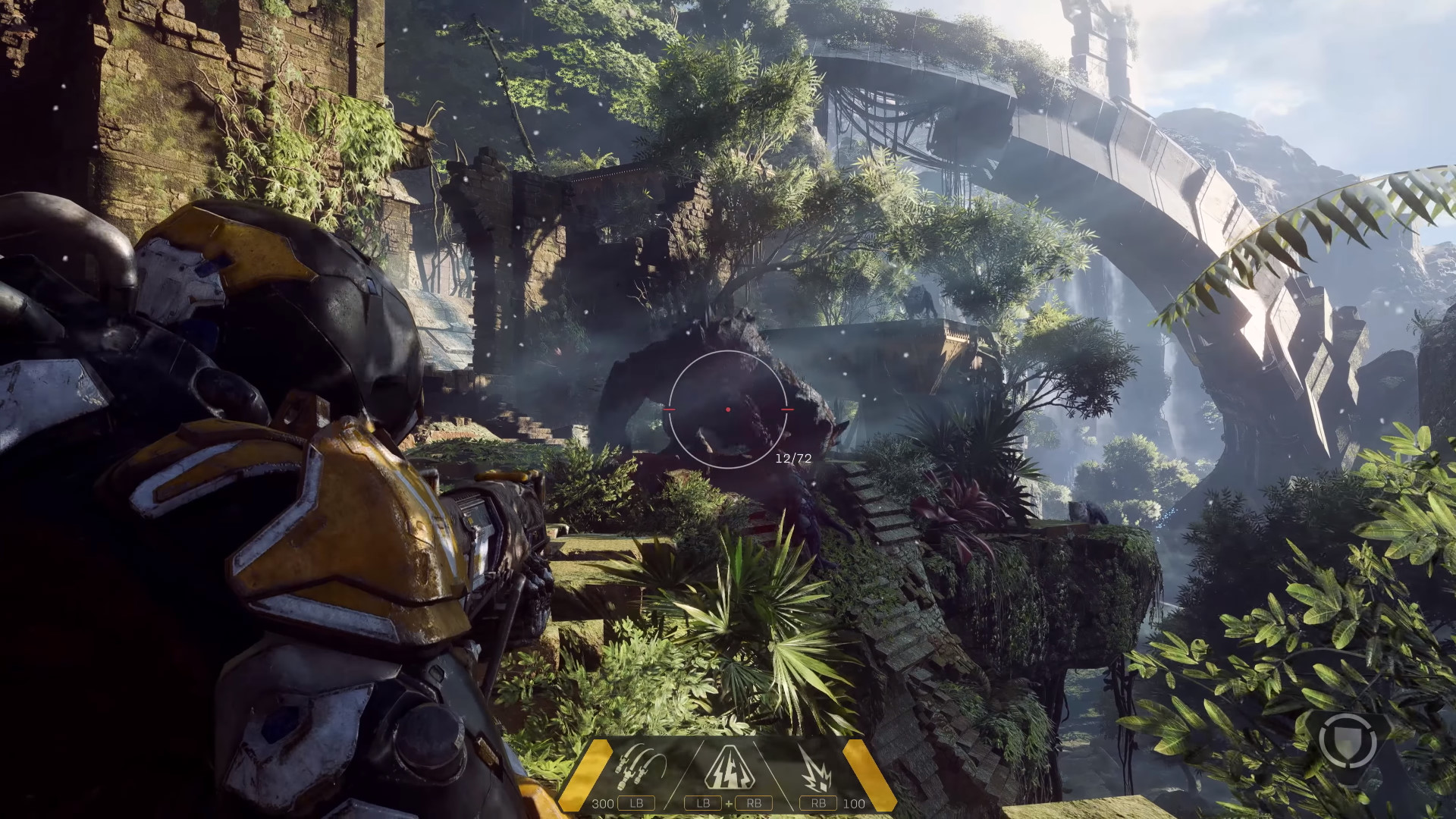 Anthem very much promotes playing with others. You can choose to play most of the game solo, but it would make it quite difficult, and you would probably have to keep the difficulty on either Easy or Normal. I have played the game entirely with my husband and my brother. We enjoyed playing the game together so much because it was a lot of fun. I found that we could increase the difficulty when playing together because having more than one person made it easier to manage the number of enemies we were up against. We started playing on Hard and, at level 30, unlocked the Grandmaster difficulties.

As Strong as Your Javelin

To become more powerful, you will need to pick up drops from killing enemies. Your Javelin, or exo-suit, starts off as a common Javelin. From there, as you customise your weapons, abilities and components, you will grow in strength. You will go from Common to Uncommon, Rare, Epic, Masterwork and Legendary. As you hit a set power level, your Javelin’s status will change. You will then find it easier to defeat enemies, your shield and health will last longer and your abilities will cause more damage. 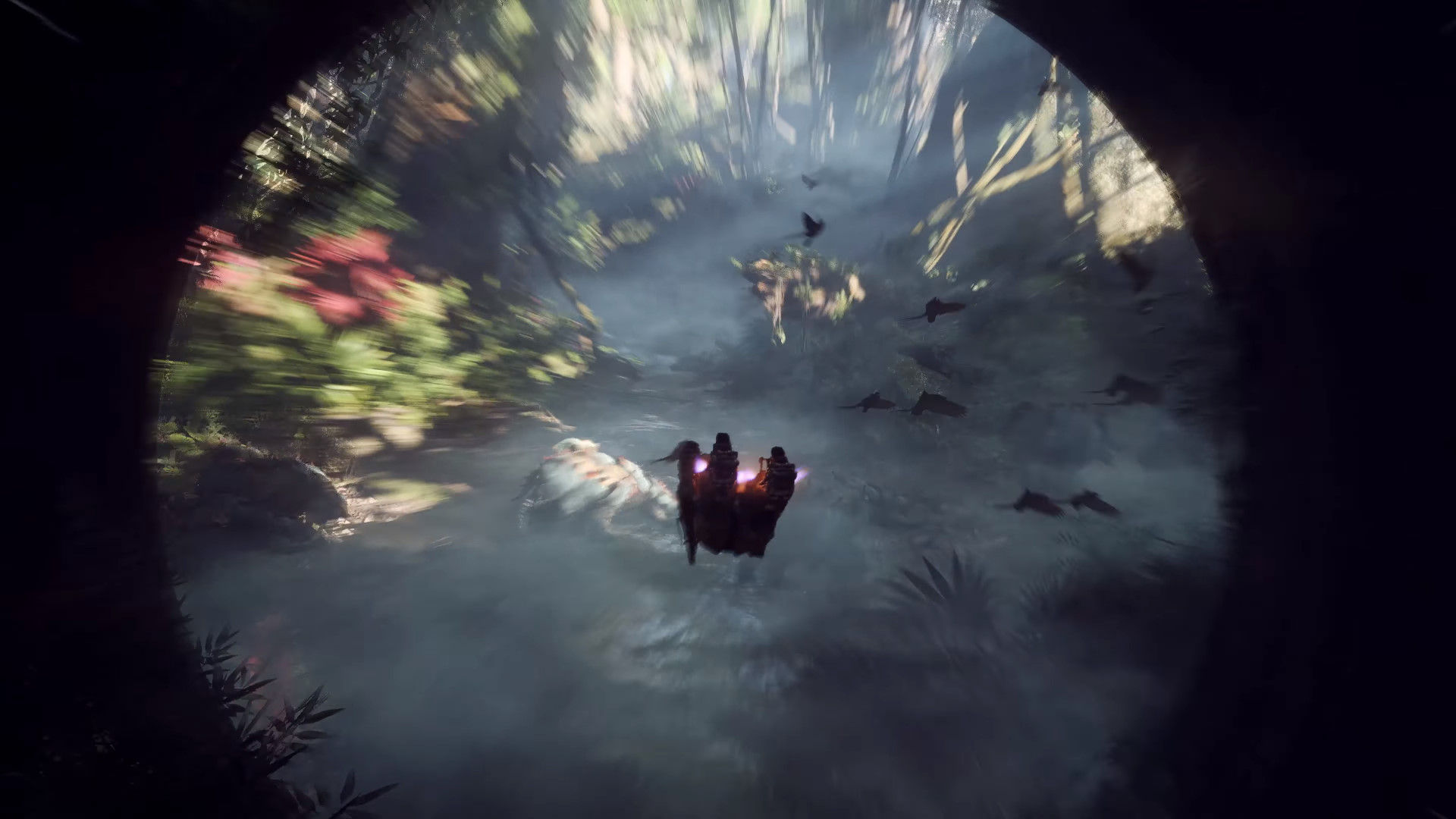 The Beauty of Anthem

One of the greatest points that Anthem has to offer players is the gloriously beautiful world you get to explore. The surroundings, graphics and landscape are amazing. If the game were based on visuals alone, I believe it would be a masterpiece and would easily achieve game of the year. Another great thing about the game is the sense of community. As I mentioned, I played the game with others. I completely believe that the game is best played with other people. I also really enjoyed flying around the map.

Anthem also offers players complete customisation, which is brilliant because it puts the player in control of how they want to look and allows them to use the abilities they prefer. This also means that each player gets to be completely different and individual. Each exo-suit has the same base design, but it is down to you to show your own creativity and change that design into something you are proud of and that other players can see. I absolutely loved this because I am an extremely creative person. If this is something you aren’t really bothered about, or you aren’t very creative, that is okay as well since you can use the base design that comes with your Javelin.

Another great thing about Anthem is the story behind it. I was completely invested in the story, even in all of the side missions and contracts that there are to do. I found myself really wanting to help the people of Fort Tarsis. Whenever there was a cutscene, the conversation in my party of players would go completely silent because we were all too busy watching and carefully paying attention. At the end of each cutscene, we would simultaneously express our intrigue. All at once, we would go “ooooo” or “ahhhh”. 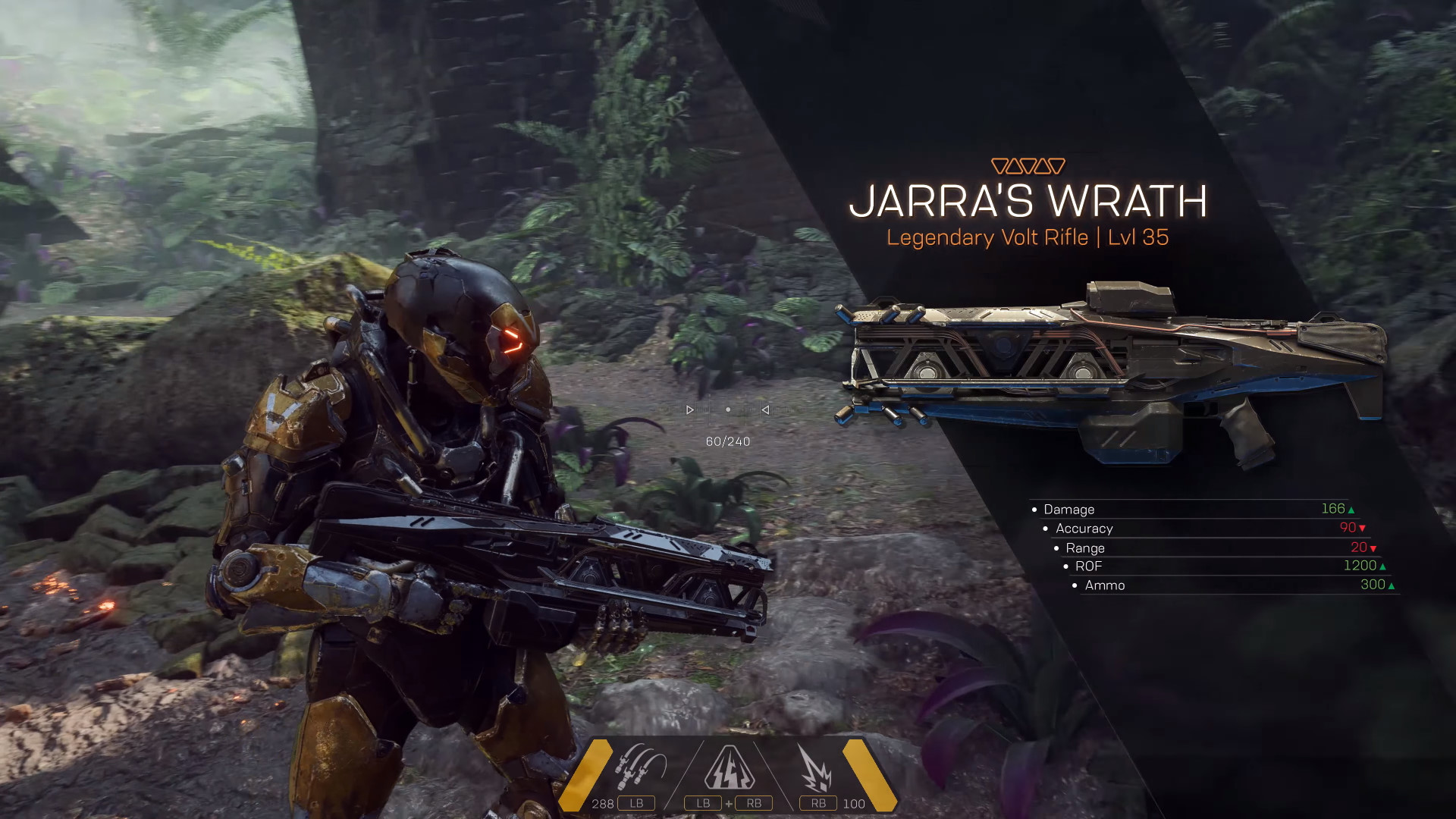 So far, I have painted Anthem out to be the perfect game. It is definitely not perfect. The game’s biggest issues are with loading and glitches. There were so many times where I had been kicked out of the game completely just before finishing a mission, and I would have to start all over again. There were also times where the game just wasn’t loading, so I would have to quit and restart the game.

I also had issues with starting missions; actually, the issue was that some missions wouldn’t start to begin with. I would have to either quit and restart the game, or I would have to get myself killed to try to get the mission to pick itself up again. The game has a lot of these issues and has already had updates to try to fix them, but they haven’t worked.

Glitches aren’t as much of a problem as the loading issues, but there are still a few moments where enemies will begin appearing and disappearing. There were also times where I would get knocked out of the sky but get stuck halfway while falling, and other players would have to try to help me up whilst I was stuck in midair.

Chewing Your Ear Off

Other than the loading and glitching issues, another issue I found with Anthem was the dialogue. As I mentioned, I was completely invested with the story, side missions and contracts. Unfortunately, many times after I finished a mission, there would be loads of NPCs that wanted to speak to me, and most of it was absolute rubbish. 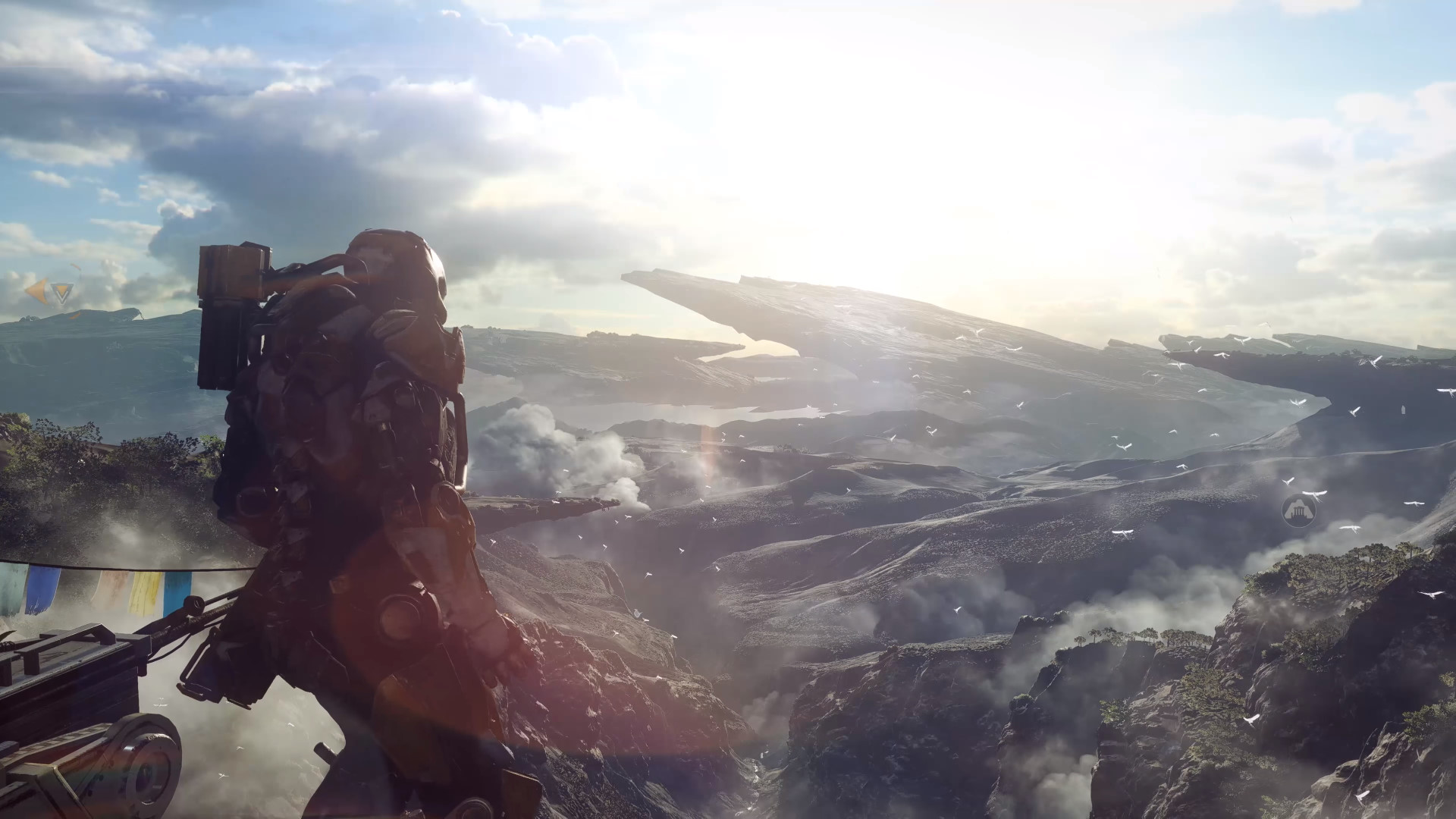 People were talking to me about their obsessions with safety around Fort Tarsis or their family problems, and some people were just plain crazy! There are three people in Fort Tarsis that actually scared me a bit with how crazy and creepy they were. I was half expecting to be walking down an alley and for one of them to be there ready to attack me. It was a running joke between myself and my brother, so we turned it into something quite funny. I understand that the people of Fort Tarsis look up to my character because of what the character does for them. The issue is that any conversations I had outside of obtaining missions felt quite unnecessary.

What Is Next for Anthem?

BioWare and Electronic Arts regularly update a Featured Store where players can make in-game purchases or use coins they get from completing in-game activities. This store features cosmetic items that players can obtain, and the store changes every few days. There are also daily, weekly and monthly targets that players can strive to hit to gain special bonuses.

There will be regular additions coming to Anthem in the coming months, along with a whole new storyline soon which will be free for all players to enjoy. I cannot wait to play it because the current story reveals a small part of what is to come, and it looks really interesting. If Anthem gets the regular upkeep that it needs, there is no reason why this game couldn’t last players a very long time. I am excited to see what is to come from the BioWare and Electronic Arts teams.

If Anthem gets the regular upkeep that it needs, there is no reason why this game couldn’t last players a very long time. I am excited to see what is to come from the BioWare and Electronic Arts teams. Not as bad as everyone is making out, that’s for sure. 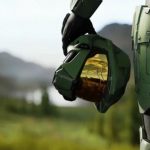 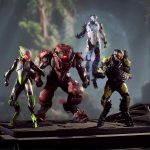