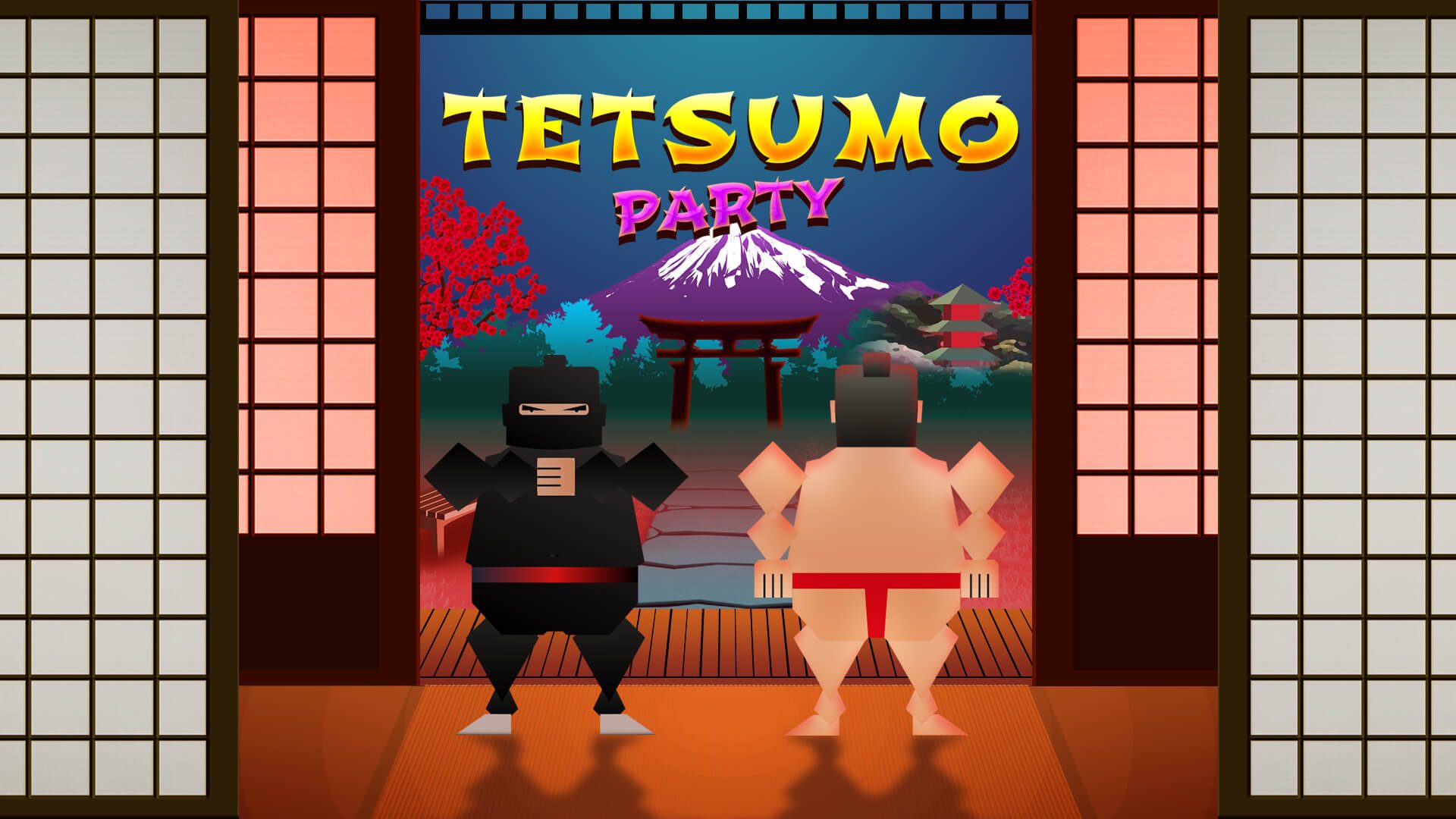 What is the appeal? There used to be a show on Japanese TV that had the same premise. The best way I can describe it is human Tetris. Perhaps that is a play on words in the title itself? Regardless, random walls made of foam or crash mats from the gym would move down a conveyor belt, and the people on the show had to move their body to match the shape. All very stupid but also very entertaining. 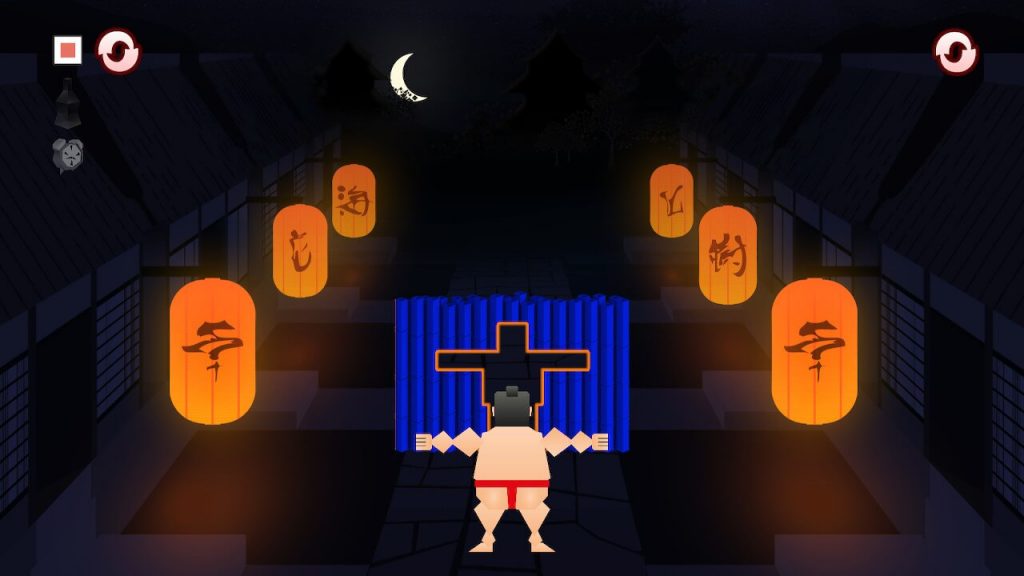 Tetsumo Party is very similar to that. You move your character’s arms or legs to match the upcoming shapes. There are only four buttons that you use: L and R control their arms, ZL and ZR control their legs. Each button has a few positions, such as bending the arm straight down, 90º down or up and straight out. With their legs, they are either straight or bent. You can manoeuvre the legs in unison so that you either stand straight, squat or do the splits on the floor. Pressing A also speeds up the incoming shape if you have already got into position, and this gives you more points. Other than the above formations, that’s all there is to the game. You will have experienced the whole game in the first 10 minutes. It’s down to you if you enjoy it enough, with or without company, to keep playing and unlocking the extras.

Starting with the sumo and the sumo ninja, you can eventually unlock other classic Japanese characters, such as a panda, mummy and Cleopatra. Yeah. Completely out of context, and I’m not sure if this ‘wackiness’ is to make the game feel so out there. Each character is the same apart from their appearances, but they also have their challenges. There are three for each person. If you succeed, you win sushi that can be used to unlock a new character. 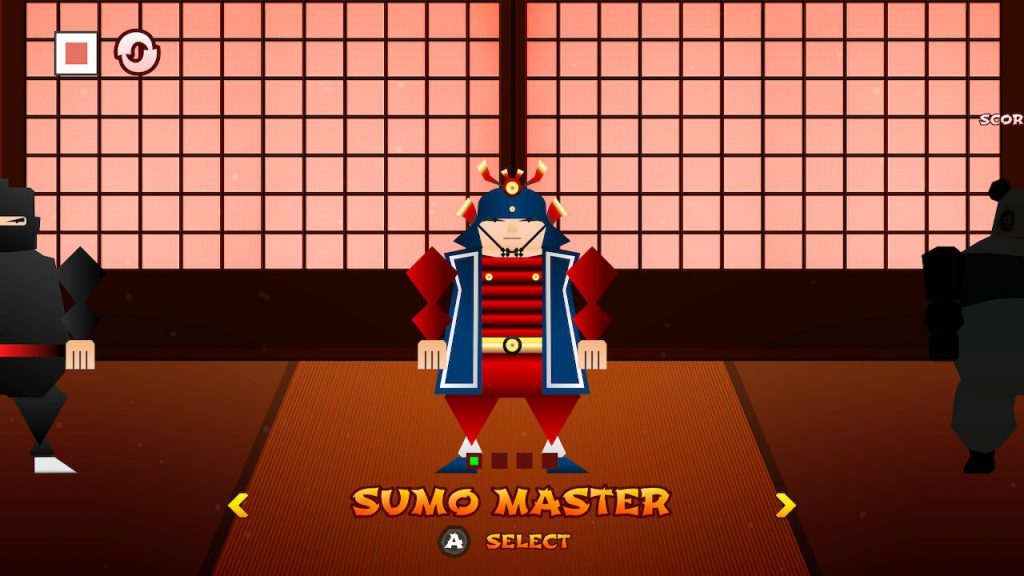 The sumo, being the starting character, has the most straightforward challenges, such as completing ten walls in one round or pulling up their pants 15 times in total. It’s all ridiculous but all very expected of the game, and it does have its moments. Graphics are simple but effective. The character models are interesting though. The earlier characters, like the sumo and samurai, are quite blocky. Their arms are made up of larger shapes, but other characters such as Cleopatra are much smoother and animate somewhat better, so you may have a preference of character.

If you are unable to complete a move, it’s game over, but all that means is you do the same thing on another level/background. It’s a bit frustrating if you’re trying to put together a combo, but it is what it is. Between the walls there is a waiter that stands next to you and hands out a few items, such as sushi, which is used to purchase more characters, sake, which enables you to blast through walls, and a clock that stops time so you can position yourself. The latter is quite annoying as depending on when you collect the clock, your character may be overshadowing the upcoming shape, and this makes it hard to see how to position yourself. 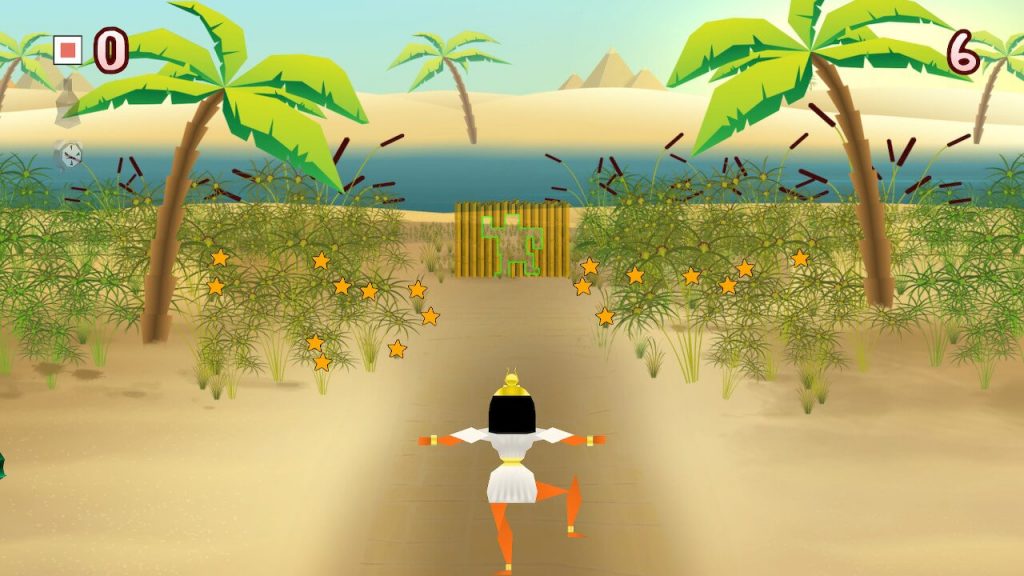 The controls are quite fiddly as you can only go in one direction. For example, if you have your arms in position but accidentally press the button to change their position, you have to cycle through all the other moves until you reach the beginning again. If you have to line up another body part as well, the multi-tasking can be quite challenging. Additionally, the sound is quite annoying. A Japanese team didn’t make Tetsumo Party. The voices and sound effects are quite stereotypical but inoffensive. Annoying, mostly.

I did play this for an hour or two on my own and then another hour with friends. I’ve since come back to this game a few times, and it is quite fun but in small doses. If you could cycle through the positions a little more smoothly, this would have been an improvement, but overall, the game is what I expected it to be. 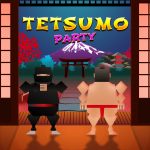 Tetsumo Party is a fun party game with an interesting concept but suitable in small doses. Whether this will be a go-to party game is unlikely as the controls can be quite fiddly, and some of the character models do seem a little more trickier to use than others. Not much in terms of content or unlockables, but it succeeds in being what the trailer made it out to be: a silly but relatively enjoyable party game. 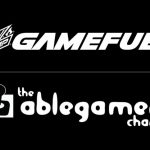 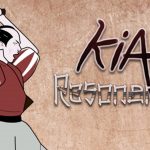