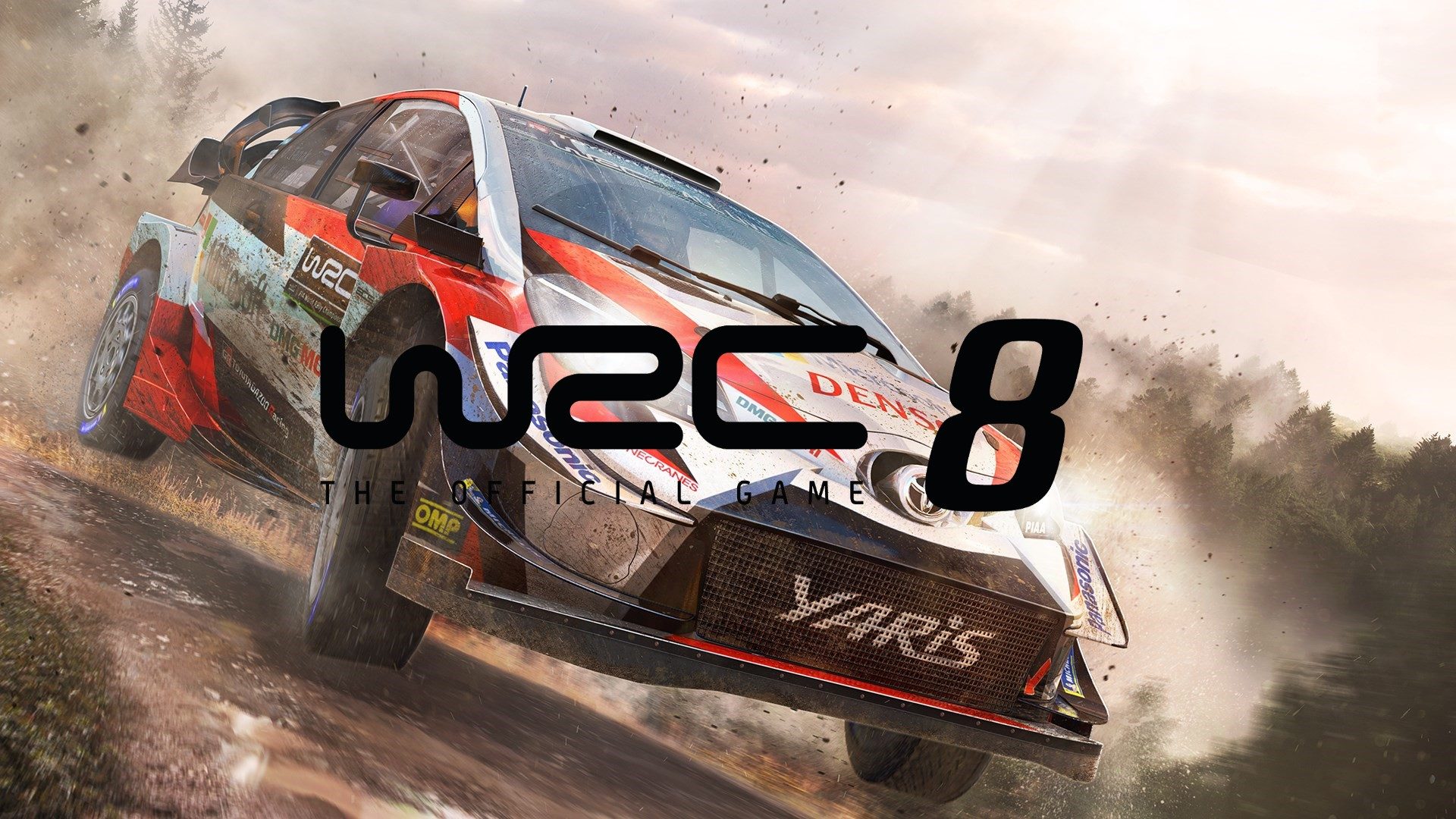 Potentially, the biggest shock in playing WRC 8 would be that Tommi Mäkinen is no longer racing. That’s right, I live for the golden age of rallying with the likes of the late great Colin McRae. But the biggest shock was actually how in-depth this game is. I’m a bit of a driving game fan and love anything from Mario Kart to Gran Turismo, F1 to even the GTA series. A key area of the genre for me is the rally side. Sega Rally, V-Rally, even Toyota Celica GT Rally from the olden days, I love the handling and the power of the acceleration to drift around a corner effectively.

WRC 8, developed by Kylotonn or KT Racing, doesn’t disappoint as it has all the qualities a rally game should have. When the Gran Turismo series introduced the rally section, it was arguably one of the best rally experiences (in terms of simulation and customisation), but WRC 8 takes it much, much further. 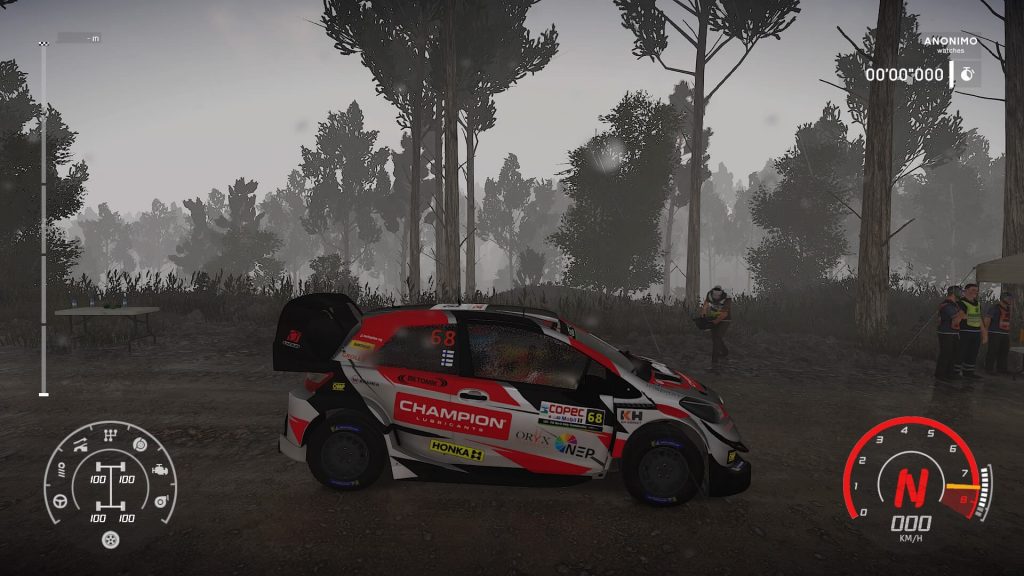 As much as I’d love to throw a Skyline around a gravel track, the reality is that some of the more successful cars are the hatchbacks, such as the Fiesta, Focus and Yaris. At first I was slightly disappointed, but it makes perfect sense to cut your teeth in one of these cars rather than driving a behemoth into the corner at full speed. It isn’t a winning formula in a game like WRC 8. You start with something “small” in Junior WRC and work your way up the ladder through the career mode.

Gran Turismo made great use of tuning your car, albeit with limited options, whereas WRC 8 allows you to select your crew, which is essential to any team. This isn’t just a broad selection of mechanics though, there are physiotherapists and even meteorologists to advise you on the weather conditions. You hire the person suitable for the job and balance that out based on your reputation and how much they cost. They also suffer from fatigue if you keep using them, so bear that in mind as you may need to swap them out.

There are two options for the solo path in terms of career. The above is more in-depth, but you can go the season route without having to muck about with employees. Of course, if you want to scrap that all together, you can dive straight into quick-play, take a test run or even take on some challenges, both local and online, via ranking modes. There’s also split-screen multiplayer. For an older gamer like me, not including that option would have been a deal-breaker! 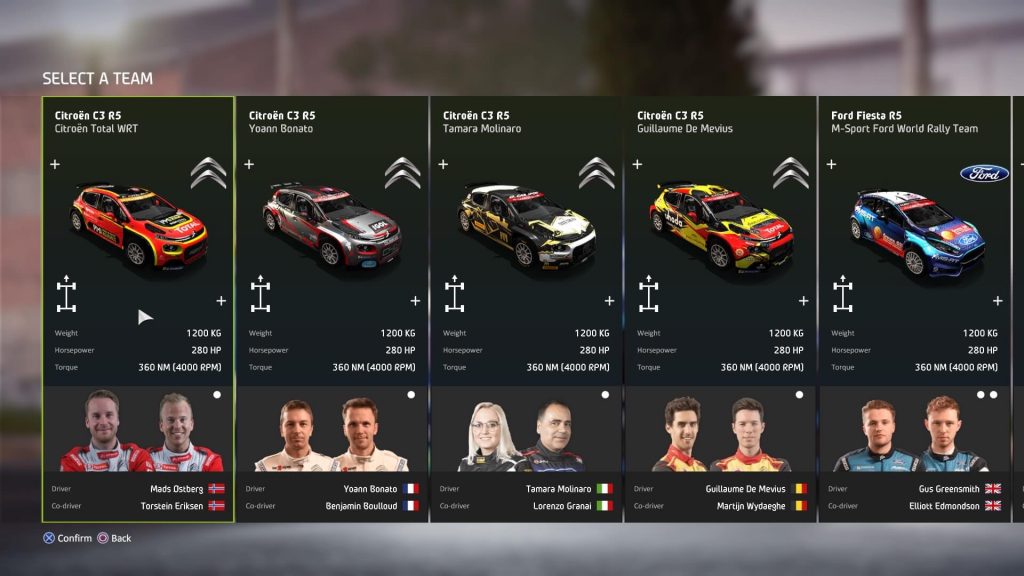 Going Around the Block

Anyone as immature as I am will consider themselves one of the characters they play in a game, whether it be a superhero in Marvel: Ultimate Alliance 3- The Black Order or an android in Detroit: Become Human. In WRC 8 I thought of myself as Ken Block of Gymkhana fame. Between your race calendar and practically anything relevant to a season, you can take your car out for a spin in a sandbox area (also available as a standalone option of the menu). This makes good use of a variety of conditions, but they are mostly tarmac and gravel. You can slide the car around in a parking lot or take it out for a spin on the country lanes. Either way, you have free reign to get a feel of your car.

With the various camera angles, you don’t need a GoPro setup and can slide around buses, go up ramps or, as I did, caress tree trunks every time I got up close thinking I could slide around it. It’s only a side feature, really, to get used to the car, but I was surprised at how much time I would end up spending doing this. It certainly did help me get accustomed to the vehicle in question. 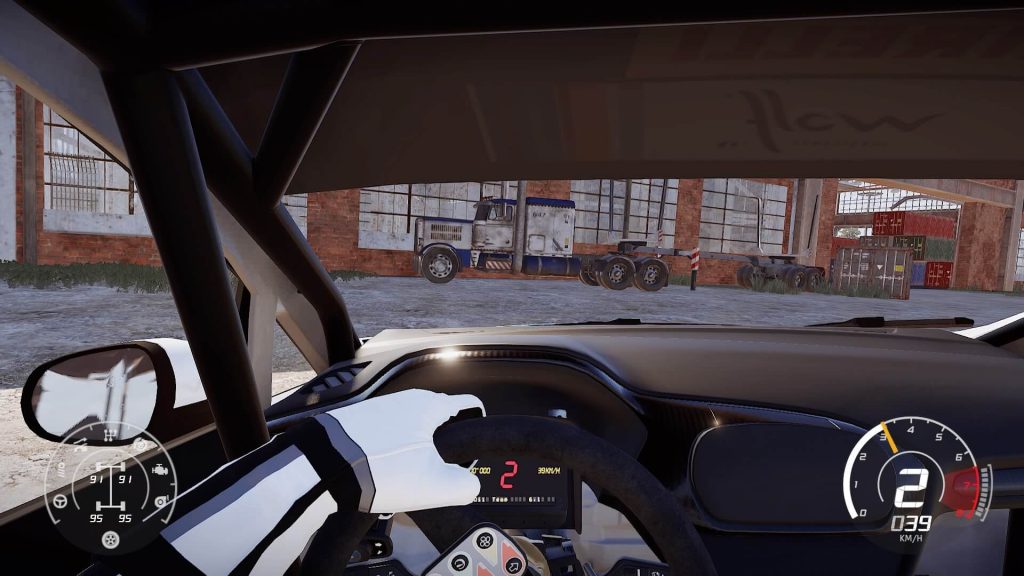 Country Views and Depth of Field

These days I spend so much time on the Nintendo Switch that I seem to have forgotten how vibrant the graphics are on the PlayStation 4, and WRC 8 does not disappoint. I’ve played earlier versions of the game, and while these were great at the time, the new edition is stunning. As previously mentioned above, there is a good selection of view modes, which is always welcome. Whenever I play a driving game with a friend, it’s interesting what their go-to view is. I almost always go for an interior look, and WRC 8 has an excellent selection of these, offering a realistic experience. I tried the rear view for a while but was soon back in the first-person viewpoint: the bonnet view. When it rains, it’s a pig to see where you are going.

The cars are the stars of the show, and the models look great. I’m not a big fan of the current models, but I am pleased to see that there are some classic cars to choose from as well. Attention to detail is spot on, and as cheesy as it sounds, you forget you’re playing a game to some degree. Cars also take realistic damage (which can be customised), and there is a chance, a very high probability, that you’ll total your car. 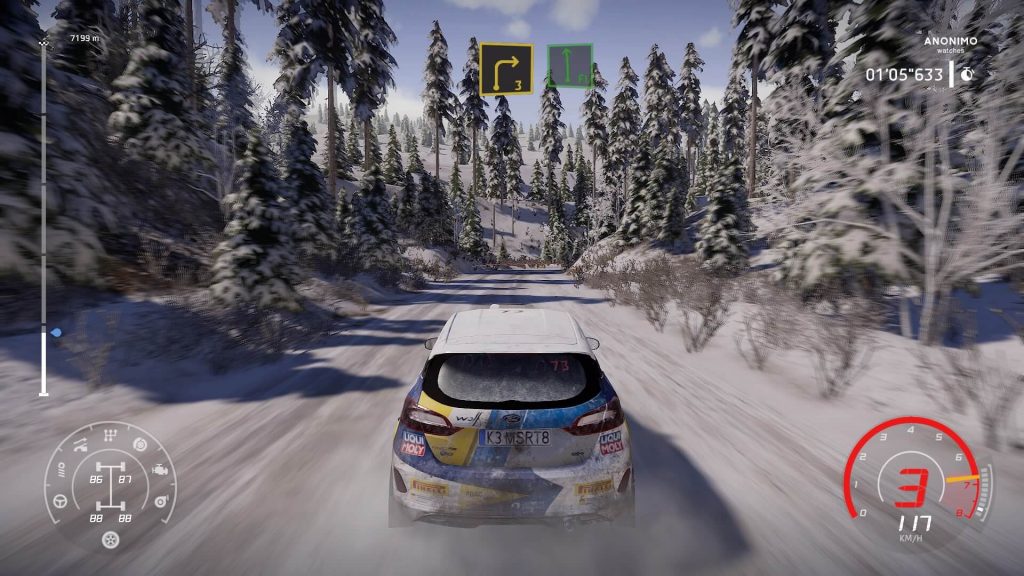 And the Weather Forecast Is…

Weather plays an important role too, and your windscreen makes an excellent canvas for anything mud or water-related. The weather is so good that you will hope you drive continually in the dry. I didn’t notice any artefacts on the windscreen in the snow levels, however. WRC 8 can swallow up a lot of time due to the racing calendar and all the added features of staff and fine-tuning your vehicle, as should be the case. It’s much more accessible than Project CARS, from my experience, but this isn’t a pick-up and go arcade game, nor is it advertised as that.

There are many options available throughout the game that let you customise practically everything that applies to your experience, which is a pretty mean feat. Between rally stages, you can conduct repairs, see statistics for your current performance and see objectives to earn extra money, i.e., don’t use hard tyres, or don’t spend over a certain amount of repairs. 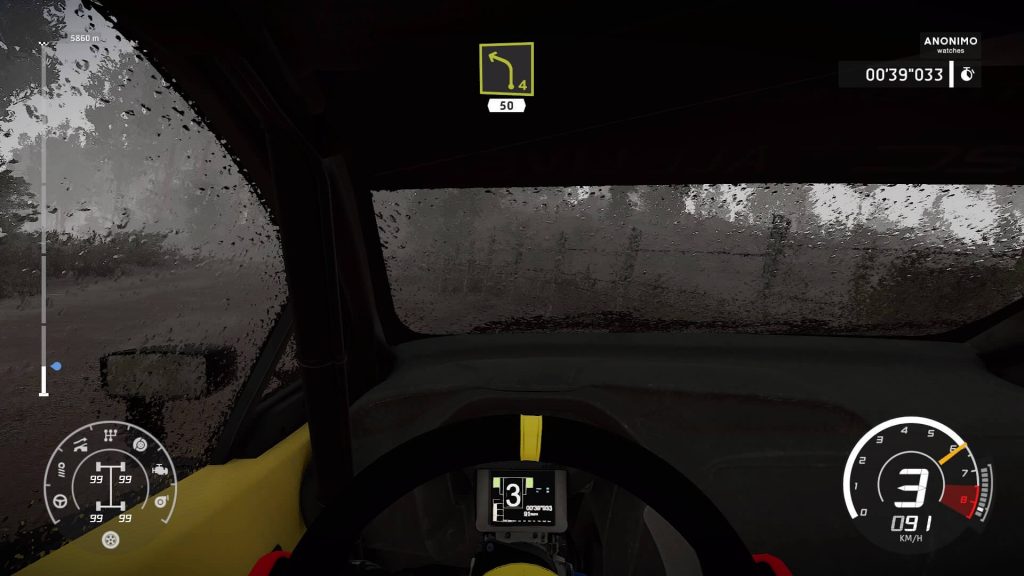 Assisting with a Replay

In case you are struggling, there are assist modes to keep you on track, literally, and help you improve your driving style. I would mix and match them as there’s nothing worse than taking a corner for the power to drop, forcing you to lose time in accelerating again Also, I appreciate that the tracks aren’t sandboxes, but the whole ‘press the triangle button’ to respawn your car back on the trail is a pain and slows everything down. You will get penalised 9 seconds as well. I managed to perfect it a bit to the point where I didn’t go off track much, but when watching replays, it was like I was driving a milk float – very slow. 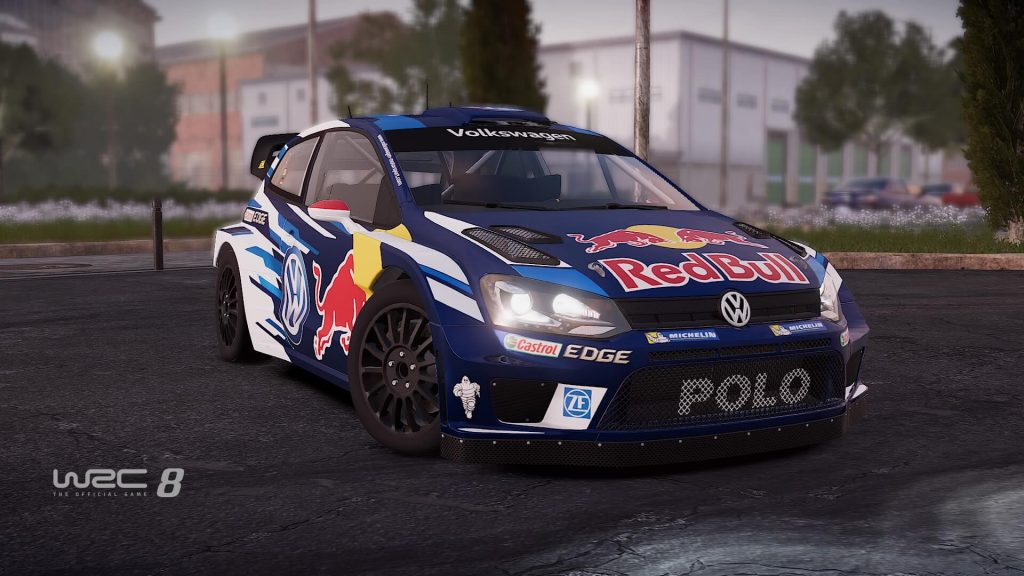 Taking screenshots was a nightmare as there’s no real ‘safe’ moment other than the beginning or end of the stage. As this is a rally game, you seldom do laps, so the track is continually changing, narrowing down with jumps and obstacles galore.

The best way to get some snaps was through the replay. I seldom look at replays other than if I win in a local multiplayer, but it gave me enough time to take a breather. Here you have time to notice a few things, like the textures on the floor looking a little off or the crowd looking rather inanimated. However, if you are spending your time looking at crowds in a rally game, you’re doing it all wrong. There’s no time to do so, so let’s dismiss that one.

To me, rally driving is dynamic: a proper thrillfest. Going full speed into a corner, only to come off the accelerator and back on again and missing a tree by millimetres is all part of the kick. As I mentioned at the start of the review, I was a fan of the Colin McRae motto of ‘When in doubt, flat out’. Sometimes you have to risk it and do that for the sake of time, but one rock and you’ll be on your roof.

I sometimes lose interest in career modes as they can be a little too long-winded and a bit too much micro-management. WRC 8 has the right balance for these features, and as touched upon earlier, you can always opt out of crew management and go the season route. The additional menu options that are available at the start are great for longevity, notably local multiplayer, but also the online ranking system and challenges. It reminds me a little of Driveclub. Let’s hope that they get this right with WRC 8 as potentially this looks like a game I could spend many hours on. 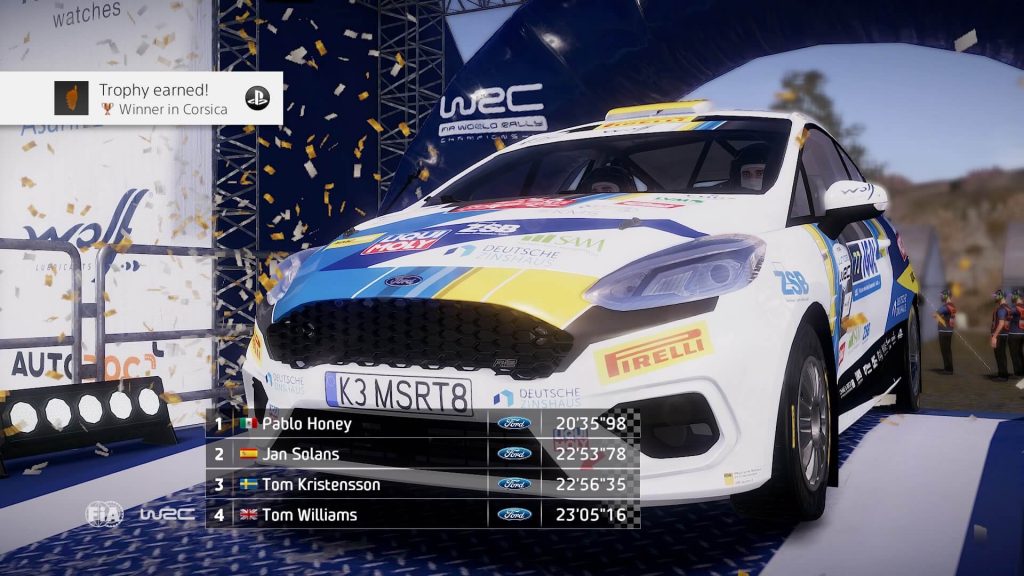 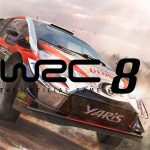 WRC 8 is a great rally game with a very in-depth career mode. The visuals are great, and the handling is also excellent. If you're looking for something realistic, then this is up there, and it's a good work out too as you're frequently clenching at each corner. Whether or not the career mode is for everyone is debatable, but there are plenty of modes to choose from.

Do you agree with our review of WRC 8? What are your thoughts on the game? Let us know in the comments below. 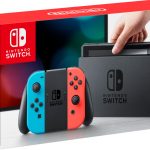 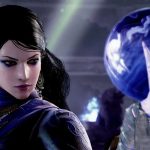