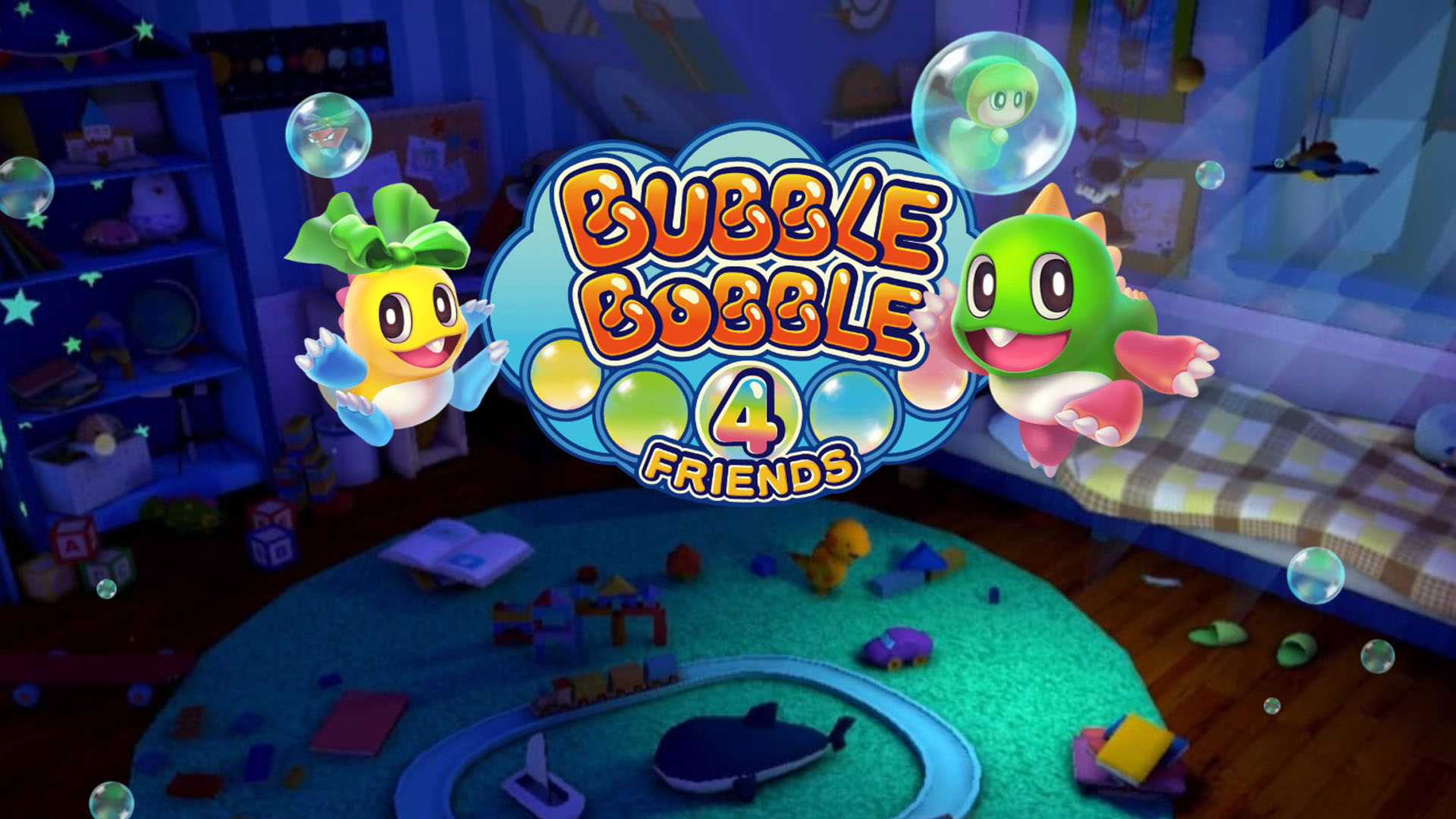 Right now, we are in a “golden age” of sorts for remakes and revivals. Over the last couple of years, we’ve seen beloved, classic franchises come back for the modern audience. Some games are full on remakes (MediEvil, Spyro Reignited Trilogy, Crash Bandicoot N. Sane Trilogy), while others are faithful collections of past games (SNK 40th Anniversary, Sega Genesis Classics, Mega Man Legacy Collection). It’s a wonderful time for these franchises, Bubble Bobble now included. The original Bubble Bobble arcade game is still a delight to play, and the newest entry in the series makes its way to Nintendo Switch. Bubble Bobble 4 Friends is a good return for the franchise, but it’s not without its problems. 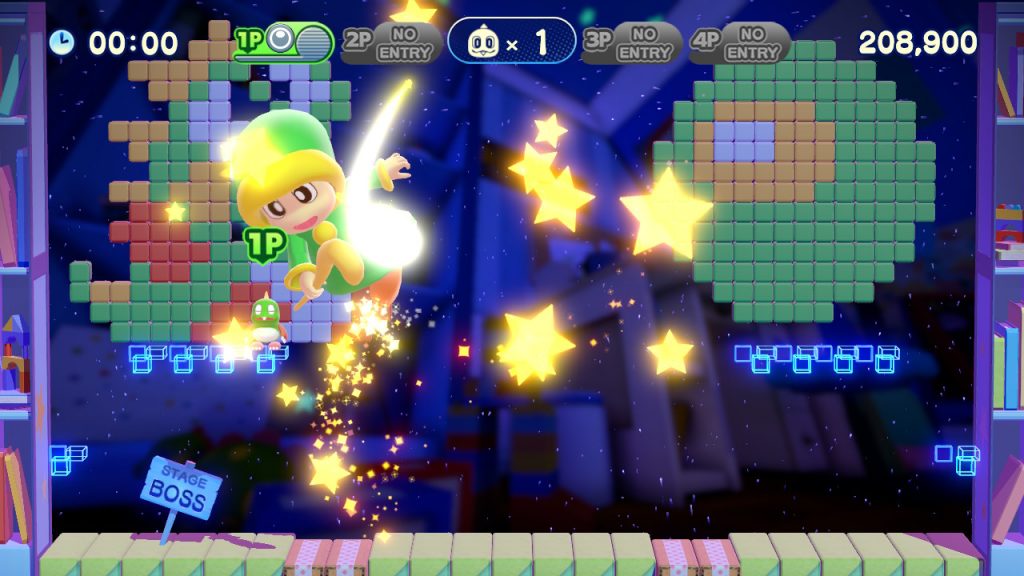 The story of Bubble Bobble 4 Friends begins with Bub in a bedroom at night, cuddled with Bonner (the series antagonist). That is until Bonner is struck by magic and turns back into their old, evil self. If you’ve ever played a Bubble Bobble game before, then you know the simple story structure. You’re then immediately thrown into the game, which is a fast-paced 2D platform game. The goal of each of the 100 levels is to trap all the enemies into bubbles, pop said bubbles and then move on.

What I appreciate about Bubble Bobble 4 Friends is that the first few stages of the game teach you the ropes of the game before increasing the challenge. It might seem like such a simple thing, but some of those older-style arcade games had the tendency to throw you headfirst into the action without much explanation. Bubble Bobble 4 Friends eases you into the action and progressively teaches you new things as you go through the stages. This game is really tailored for new players, so power-ups aren’t introduced until the later stages. Focusing on that point, Bubble Bobble 4 Friends is very focused on giving you a fun time while not necessarily giving you a hard time. You still can die quite frequently, and the game is well aware of this. If you die more than 3 times on a stage, you can replay it with invincibility. This is nice if you’re playing with kids or someone who isn’t great at games. 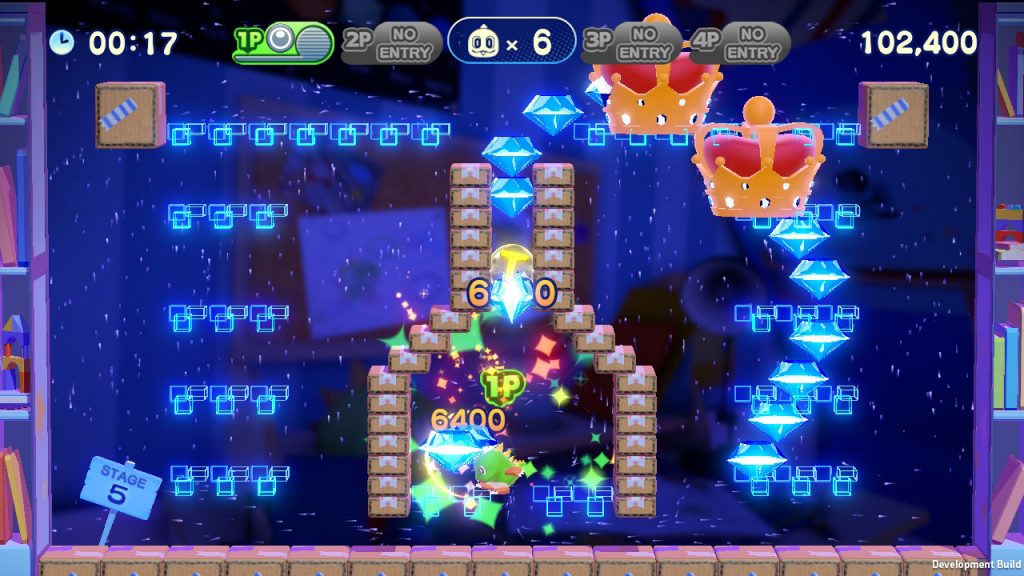 This, however, is where my first issue with Bubble Bobble 4 Friends starts. It’s not a very hard game. Sure, like I mentioned above, you can die quite frequently; however, your deaths have more to do with your own poor planning than the number of enemies on-screen or the difficulty level of said enemies. If you’re at all familiar with the Bubble Bobble games, then this game won’t be quite as challenging as most entries in the series. Additionally, Bubble Bobble 4 Friends is very short. The game says there are “over 100 levels”; however, that’s not entirely accurate. There are 50 levels that you need to complete, and when they are completed, harder versions of those same 50 levels unlock. All in all, it took me just a couple of hours to beat the game.

The other main issue with Bubble Bobble 4 Friends is that there is no competitive play whatsoever. There’s no online mode to play against other people, and there’s no head-to-head mode. Even the main campaign combines everyone’s score together, meaning there isn’t any one player that is “better” than the other. The lack of competitive modes makes this game a hard recommendation. Once you beat the campaign, there isn’t much in here to play. You could always play the original Bubble Bobble game included in-game (which is still terrific), or you could replay the campaign again. However, part of the fun with multiplayer games is playing against friends and family. If there was some sort of competitive mode(s), then there would be more to go back to and play.

Do you agree with our review of Bubble Bobble 4 Friends? What are your thoughts? Tell us in the comments below. 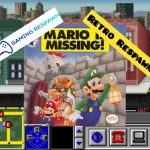 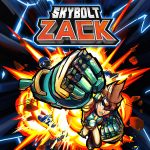