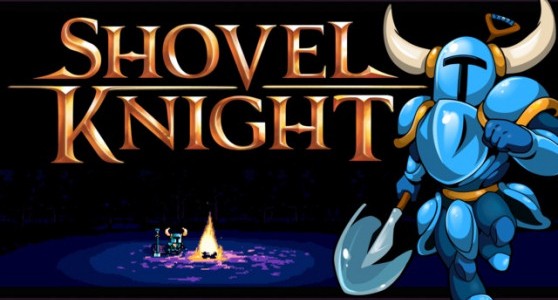 The Shovel Is Mightier Than The Sword!

2D platformers have been around for decades and they used to be the craze in the 8 bit consoles days, until they slowly started to decline. I’ve never been a huge fan of the platforming genre and I have missed out on all the classics, such as the Mario, Sonic the Hedgehog and Mega Man games. I’ve been waiting for the perfect entry point to dive into the genre, and the charismatic, charming and adorable Shovel Knight, is the game I’ve been waiting years for. Shovel Knight is a 2D side scrolling game, beautifully inspired and crafted by many games of the 8 bit era. Castlevania, Super Mario Bros 3 and Mega Man, to name a few of the titles that Shovel Knight has been heavily influenced by. Shovel Knight showed me the light and now I’m working on inventing a time traveling machine, so I can head back to the 80’s and 90’s to play all the classics for the first time in all their wonderful glory.

Ahh, The Last Supper, Who wants to say grace?

Shovel Knight takes no shame in taking all of its inspiration from retro classics that were released on the NES. Yacht Club Games did their research and they did it well, they weren’t content on making a ripoff or clone of a famous game, nor did they go for a quick cash-in by playing on older gamer’s nostalgia, Yacht Club Games worked hard to create something extremely fun, that borrows from the past yet still manages to come off fresh, and it paid off well. The game starts off with a short cut scene telling the events prior to the game, then after that you switch to the main character, Shovel Knight who now must journey across the world seeking out the Tower of Fate where he is searching for his beloved one, Shield Knight. The story is one that has been done and told many times before, yet this one is quite touching and that’s down to the charm from the game. But of course with every adventure that a valiant knight goes on, there will always be trouble during the journey and an evil darkness lurking close, yet so far. And that darkness is The Enchantress and her 8 minions that go by the name, The Order of No Quarter.

Shovel Knight tries to appeal to players of all ages, this is due to the game being very forgiving, there are many checkpoints throughout all the stages and they usually come straight after you’ve got past a difficult and tricky platforming section. This means you’ll always be safe and the fear of having to redo certain parts of a stage is not there. To further this point there isn’t any real penalty when dying, at the most you will lose gold but that’s the only consequence, when your health runs out or you die instantly from falling into a pit, you lose gold depending on how much you have collected on you at that given time, the more you have the more you lose. This gold you lose shows up on the stage as 3 gold bags where you last died and if you get to them before dying they are yours again to keep. It’s disappointing that there isn’t limited lives, and a bigger challenge when dealing with the enemy types. But Shovel Knight was never set out to be the next Castlevania 3 in terms of difficulty so you have to respect the approach it has taken.

Forget a arrow to the knee, How about a shovel to the face

Shovel Knight’s world is gleaming with its 8 bit retro style, it looks great and is full of colour, there are nice game effects but its the sound that takes the highlight for me, the chiptune soundtrack has been well pieced together, it’s catchy, charming and sounds like it came straight from the 80’s or 90’s. The world map has many things to see and do, in between stages that progress the game, there are optional bonus stages that will really test your platforming skills, these are fantastic and break up the normal game play, they can be a challenge and will frustrate you in the later ones, but there will always be a huge gold reward at the end making it worthwhile. As well as the bonus stages, you have villages that you will spend a huge portion of your time in when out of missions. These villages play as your home base where you buy items, upgrade your health and magic but as well as this you’ll meet some interesting, funny and goofy characters. Shovel Knight has some of the best level design I’ve seen in recent years, it’s clever, creative and makes use of the environment and all the items in the game. Each stage is perfectly designed, and they all have their own unique special theme, and each boss has been designed around the rest of the stage. The stages are so good and the platforming is tight, so it’s a shame that when it comes to the boss fights they are on the quite easy side. There’s no real strategy during boss fights, it just comes down to the same tactics which is dodge their attacks and try to deal damage whenever possible.

Shovel Knight does pretty much everything right, it would have been easy to simply throw something together and sell it off hoping people looking for their nostalgia fix would pick it up. Instead they now have the foundations and ingredients for a game series that can do well in the future. Word of mouth has really done wonders for it and it’s the main reason why I wanted to test the game out for myself and I’m happy I did. I look forward to a sequel which will most likely happen sometime in the future, but for one of the first times I can look forward to a sequel and put my trust that they’ll do another amazing job, as they don’t have much to improve on in the first place. 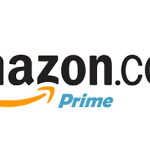 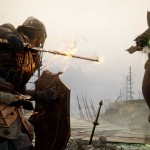 You can now play Dragon Age: Inquisition for free on Origin