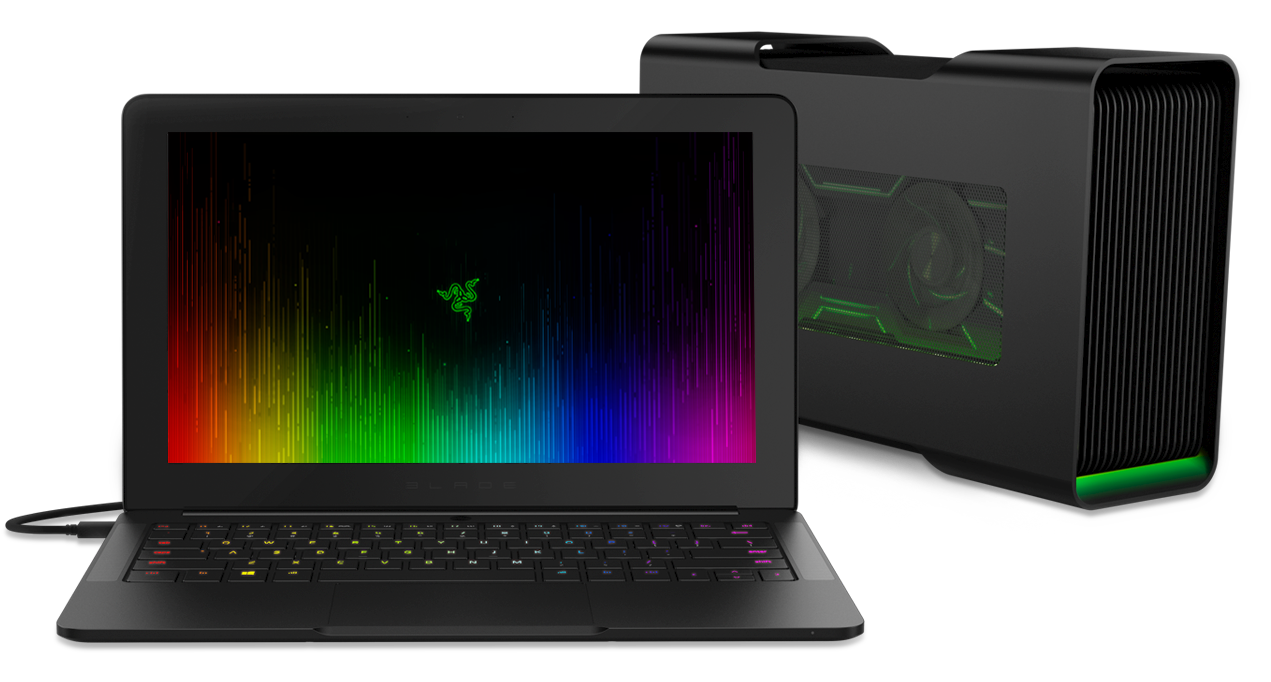 When it comes to portability and mobility, computer products thrive to become lighter and thinner however those key attributes almost always come at a cost. With laptop computers getting smaller, this often leaves little room for performance as being unable to fit in high performing components means you may get a handy portable device that you can take with you anywhere but it’s not a great runner. Well Razer have broken all those boundaries and come up with a ground-breaking solution to, not only portability, but also smashing those performance specs too. Since its initial iteration in early 2016, Razer’s Blade Stealth notebook computer has been setting the bar and now with its 2017 variation, it plans to do the exact same all over again. Notably lighter, thinner and, more importantly, more powerful than its predecessor models, the new Razer Blade Stealth is the laptop to satisfy all your needs and so much more.

The Razer Blade Stealth is one of the thinnest laptops available at 0.52” wide making it almost paper thin. It is made entirely out of premium-feeling black aluminium which makes it lighter but also gives it a slick matte finish with that familiar green triple serpent logo embossed on the lid. Opening the Blade Stealth shows the keys and screen that look fairly standard until you press the power button located above the keyboard. The keys are powered by Razers Chroma technology seen in all of their newer products which allows you to illuminate them in a multitude of different beautifully coloured combinations or patterns using up to 16.8 million colours thanks to the pre-installed Razer Synapse app. If you’ve bought a Razer product before, then you’ll already know how the Synapse app works. 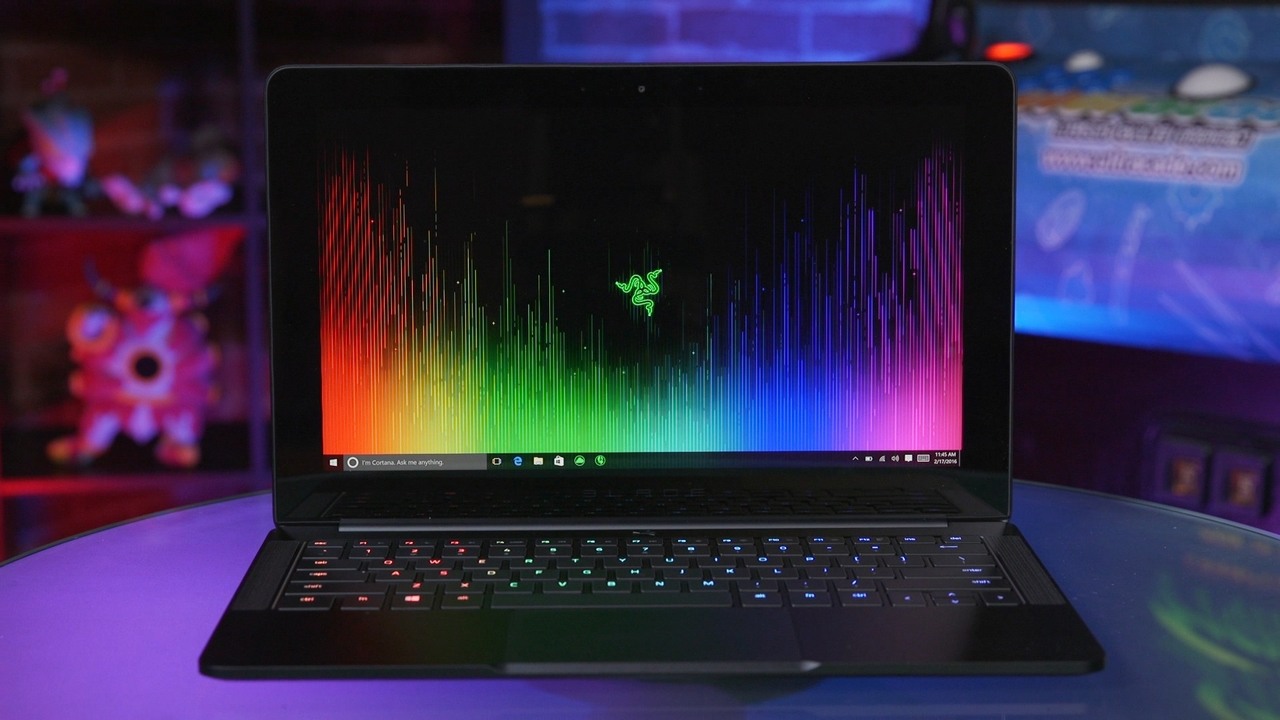 The 12.5” touch screen display is the first thing about the Blade Stealth that will blow your mind. It’s got two stunning high resolution settings for your convenience and both will impress. First up is Quad HD at 2560 x 1440 equating to 234 pixels per inch and the spectacular 4K resolution at 3840 x 2160 at 352 pixels per inch. This is one of the very best looking displays on a laptop we have ever seen here at Gaming Respawn. The ultra bright colours will shock you on start-up, vivid and crystal clear, watching 4K videos on YouTube or from an external source, it’s breathtakingly brilliant and it’s seriously tough to think that a laptop as thin as the Blade Stealth can unleash such awesome looking pictures from it.

Starting up the Blade Stealth takes mere seconds and task managing is lightning quick thanks to its 7th generation Intel Core i7-7500U processor which clocks up to speeds of 3.5ghz and a whopping 16 gigabytes of RAM matched with a terabyte of solid-state memory. With so much under the bonnet (or hood, whatever), it’s the fastest ultrabook out there, holding it in your hands makes you just flabbergasted at how something so small can unleash such power. Using the Blade Stealth, my jaw never came off the floor once as this sliver of prime-time luxury, which I may own if I win the lottery one day, constantly impressed the more I used it. 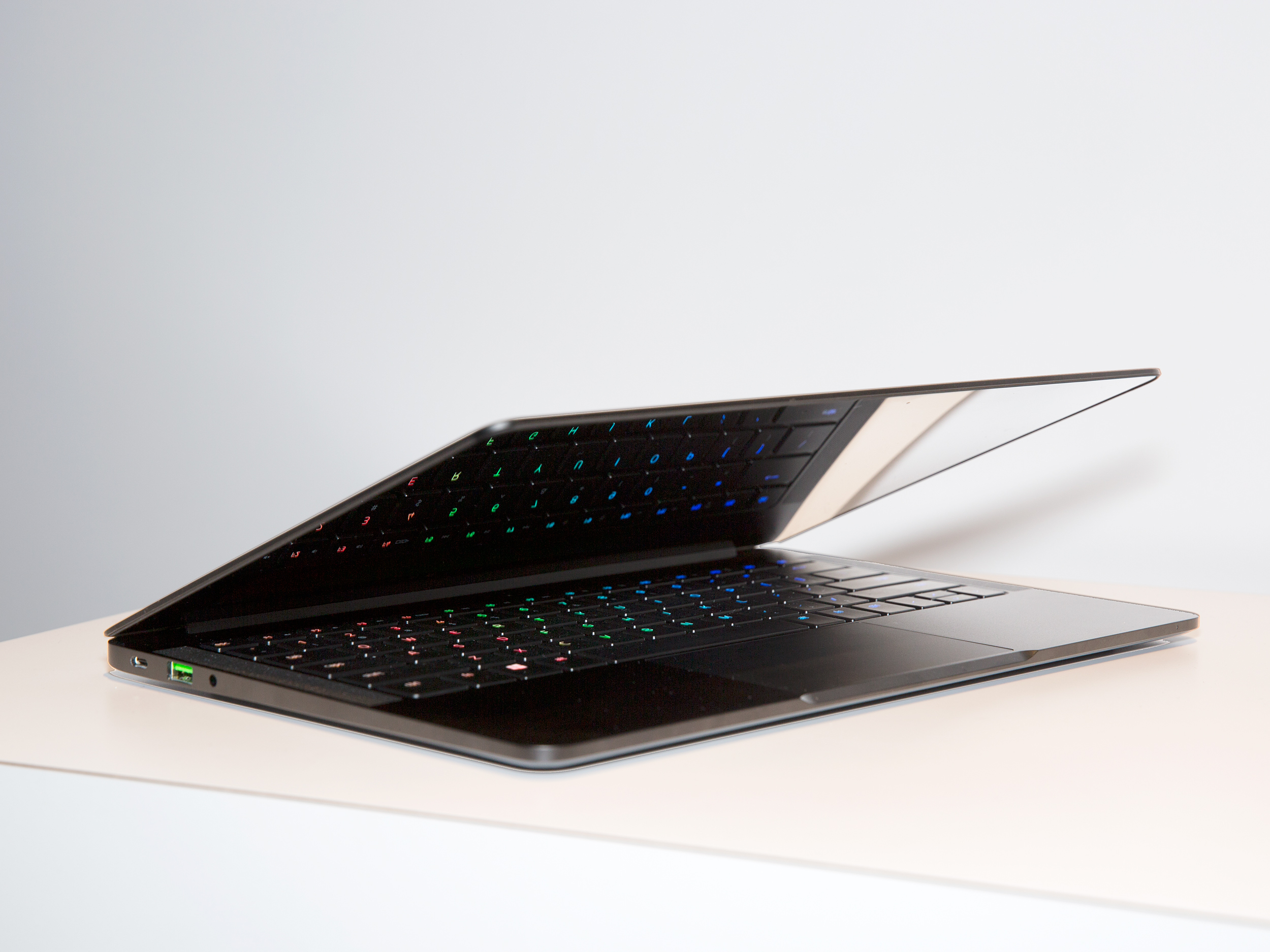 It has many methods of connectivity as, down the side, it wears the new Thunderbolt 3 (USB C 3.1) like a badge of honour. This new way of connecting newer devices means that transferring files across media is quicker than ever and so easy, even your new-born could do it (okay slight exaggeration). It also has HDMI and Bluetooth and of course the best Wi-Fi capabilities. 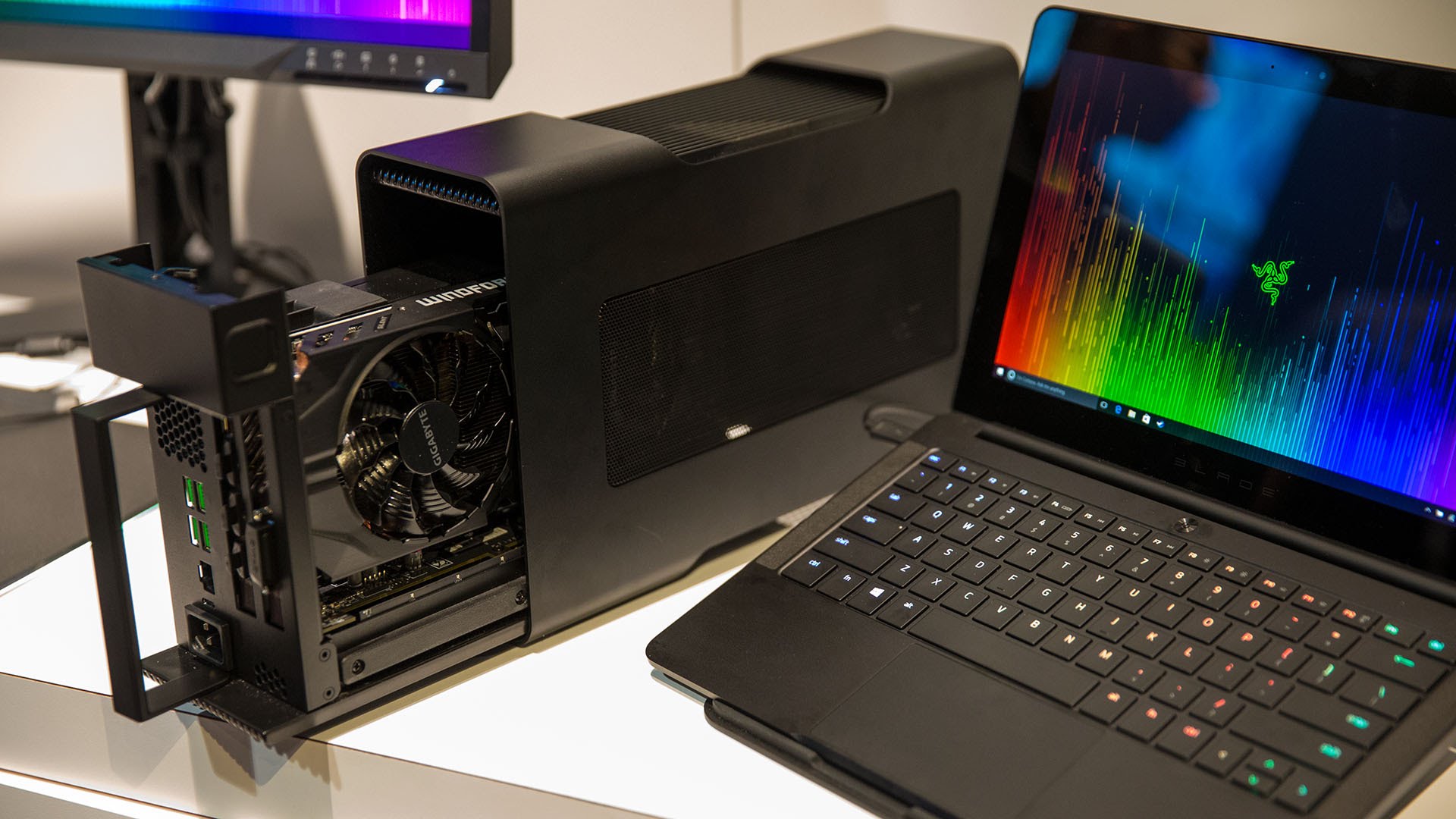 The Razer Blade Stealth’s need for the new 40 gigabytes per second Thunderbolt connection is also used with another awesome piece of kit that we also got the opportunity to try; the Razer Core. This hefty piece of kit looks similar to a badass-looking small desktop tower made purely out of black aluminium. With 4 USB ports and an Ethernet port, this seemingly simple looking box turns your new Blade Stealth into a gaming powerhouse that would make even Sony and Microsoft’ brows feel a little sweaty. It’s basically a housing unit for a huge range of AMD and NVidia graphics cards that gives it’s power over to any Thunderbolt 3 compatible computer to give it that much needed jolt in the gaming department. To test it out, we tried The Witcher 3: Wild Hunt and by god were we impressed! Our super small and thin little notebook ran this seriously graphically rich title without ever breaking a sweat on ultra settings. I was stunned, what sorcery was this? The Core is very heavy though and with no hand grips or handles, a lot of care is needed to carry it. It also needs power so it constantly needs to be near the mains making your portable ultrabook, not so portable anymore.

My issues with the Blade Stealth were minimalistic but not easy to overlook. The touchpad has no clear buttons on it but the bottom corners of the pad. This means you find yourself looking down at it to see where the corners are to your fingers which is especially annoying when using the Blade Stealth in the dark. Another issue is the keys. They don’t have far to travel in order to activate them which causes you to constantly hit unwanted keys and make many mistakes. They are also extremely bright when using the Blade Stealth in darkness which makes your eyes strain after a short while. 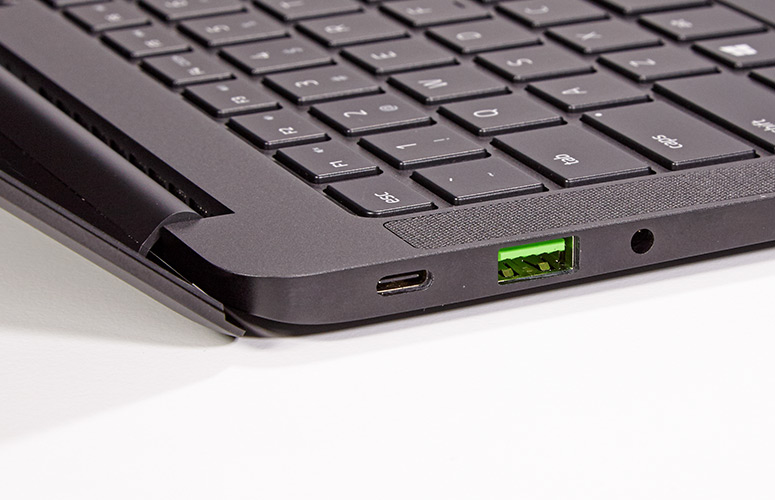 The Razer Blade Stealth is one of the best pieces of every-day use equipment we’ve ever had the pleasure of testing and reviewing. Not only is it slick looking and stylish (which is Razers signature) but under it’s thin casing, there is so much power with it’s ultra high spec components that our current desktop towers and even consoles were all crying in inferiority. A high-end luxury device that, if you can afford, you need to own. 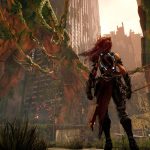 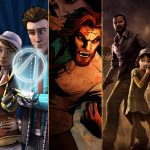 The Fitzgerald Scale – The Telltale Game I’d Like to See