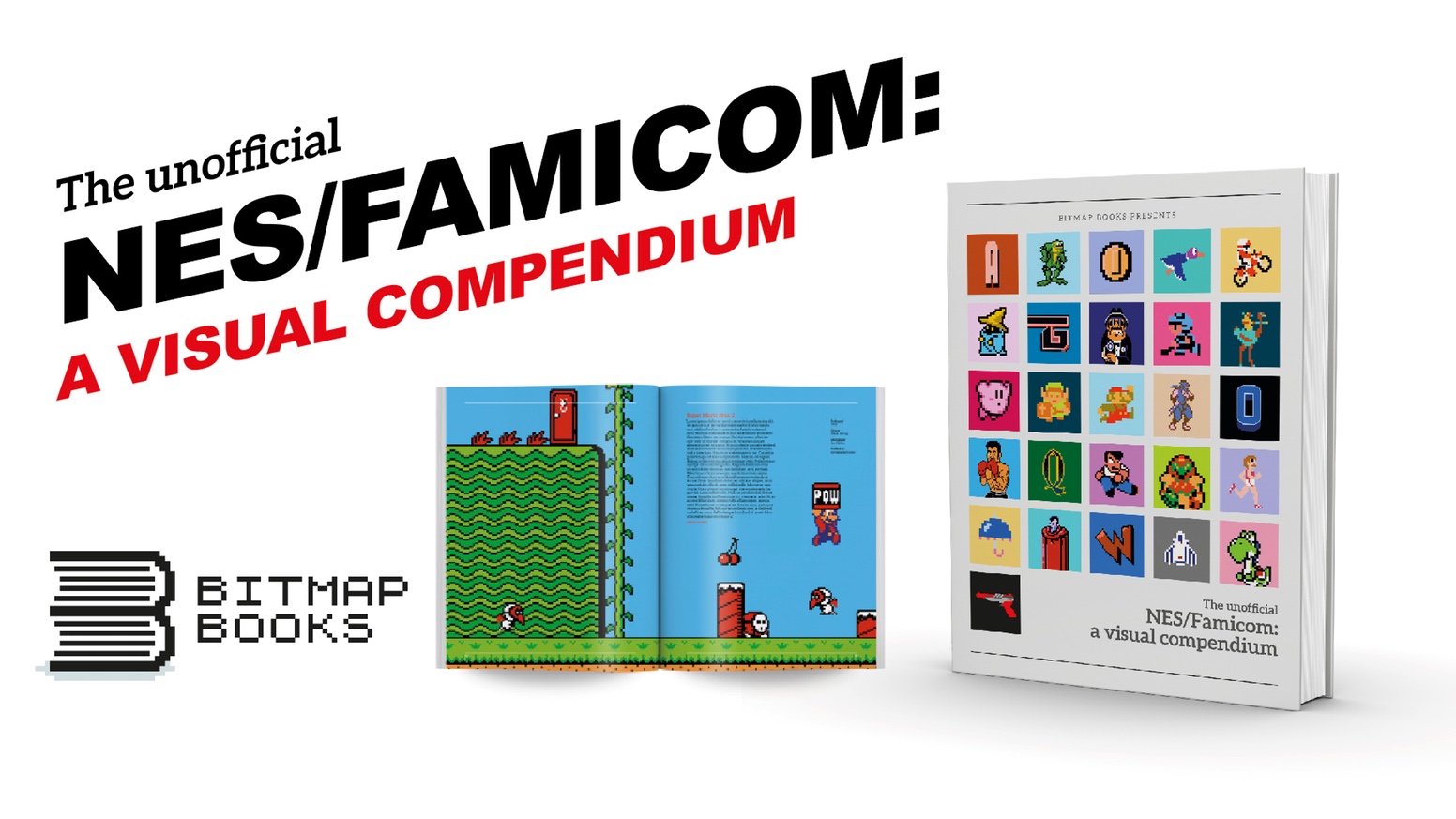 Nostalgia is a wonderful thing. Looking back on times of past is a necessity in order to look forward to the future, at least that’s what I think. When it comes to gaming, nostalgia is everywhere you look, from remakes and remasters to straight up re-releases and ports. Who better to look back on all the eras that build the groundwork for gaming that we know today than the guys at Bitmap Books. Steadily releasing a library of compendiums (compendia? Whatever), with the help of Kickstarter campaigns, Bitmap are harnessing the generosity of collective retro gaming fans worldwide to produce excellently manufactured bibles of gaming eras of years gone by. They are now up to the Nintendo Entertainment System(NES)/Famicom era (with the SNES edition Kickstarter goal recently smashed) which is fondly remembered for it’s pixel art, game difficulty and the age-old art of blowing in cartridges. 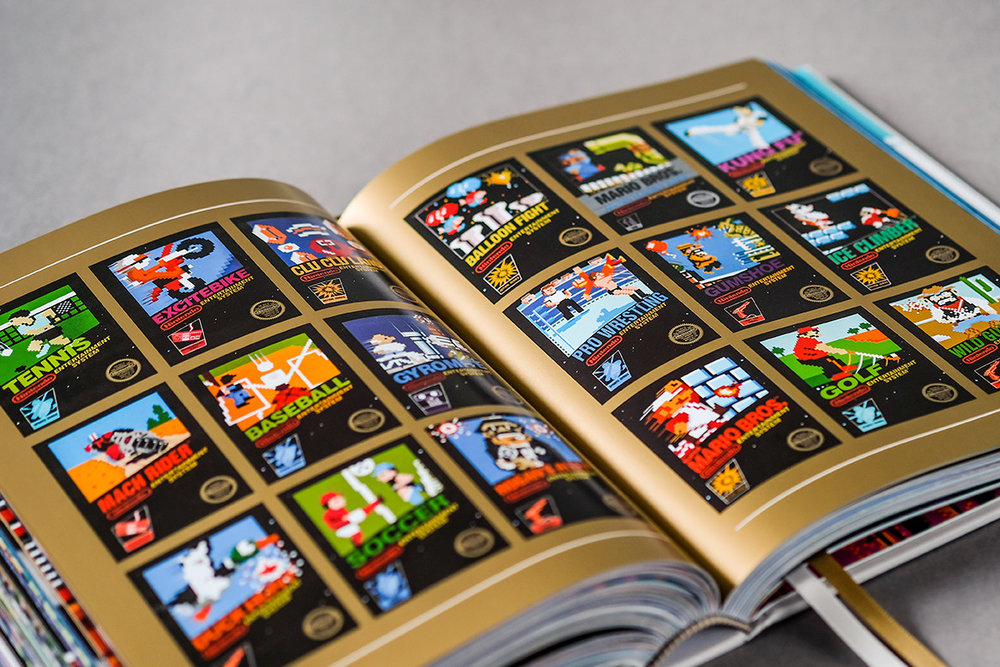 The superbly constructed hardback came with a holographic sleeve which displayed numerous sprites from different games that moved as you looked at it from different angles. Opening the book starts your journey from how the famous gold and red relic evolved into the iconic grey monster we know and love today. The opening pages graces the reader with a foreword by Rare’s Graphic Designer, Kevin Bayliss, who lovingly describe his fascination with pixels and the anecdote of picturing a “blocky looking dinosaur” as a fearsome T-Rex finishing up with “enjoy the book!” It’s a nice introduction to 586 pages of single and double-page spreads of the finest pixel art from a huge collection of NES games we have come to know and love over it’s lifespan.

Firstly though, a 2-page diagram of the Famicom, the NES’s first iteration. A machine of gold and red with all of its buttons and switches labelled. This prototype was destined to be a huge success story from Nintendo. With the title “An Icon is Born” beside the picture, a few paragraphs explaining how Nintendo’s newest ambitious machine saved the video games industry from the brink, especially after the E.T. Atari game fiasco which saw hundreds of unsold Atari cartridges of the game buried in a Mexican desert (a rumour that turned out to be true). After explaining the ins and outs of this amazing machine, the rest of the book shows exactly how amazing the graphics were for its time with each page displaying a full page spread of a single games’ screenshot on each page. The vibrant colours, blocky pixel art character and level designs and each with a brief snippet from game designers, professors and fans that show how endearing these games were to people. 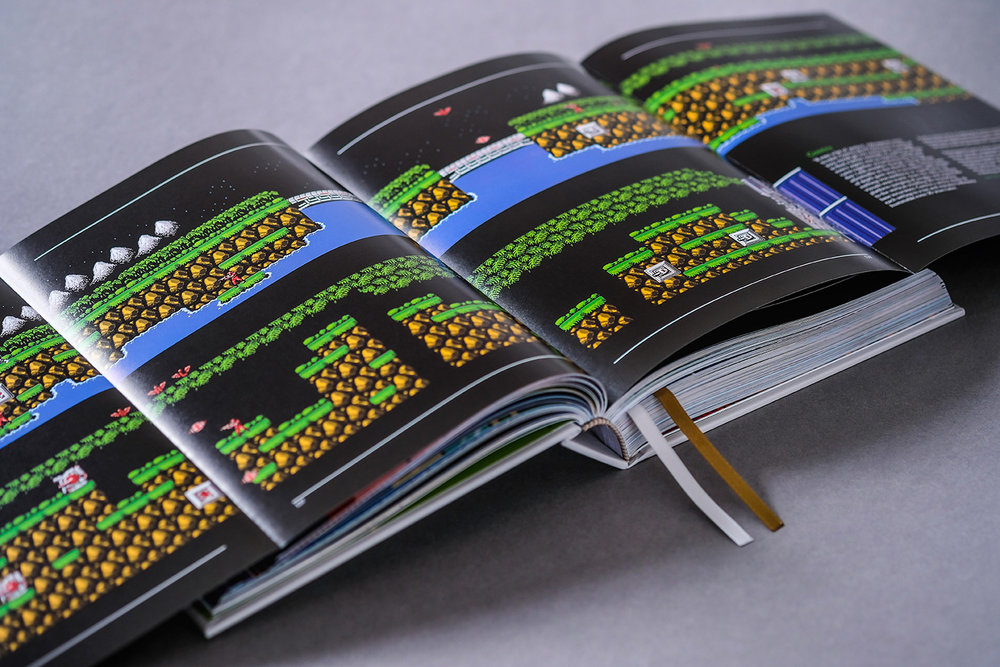 Professor Yoshihiro Kishimoto, known from his lengthy career at Namco (now Bandai Namco), writes “When I was a University student I would play games like Galaxian all the time between studying” as he reminisces back to his academic years. He describes how a friend of his, who was also a colleague at Namco, went out one day and bought a Famicom and reversed engineered it in order to create Namco’s very first game for it, Galaxian. It’s a great snippet to read as it gives insight to how games we know and treasure, like Galaxian, were not only made, but thought of. I just wish there were more to these stories than just a single paragraph. 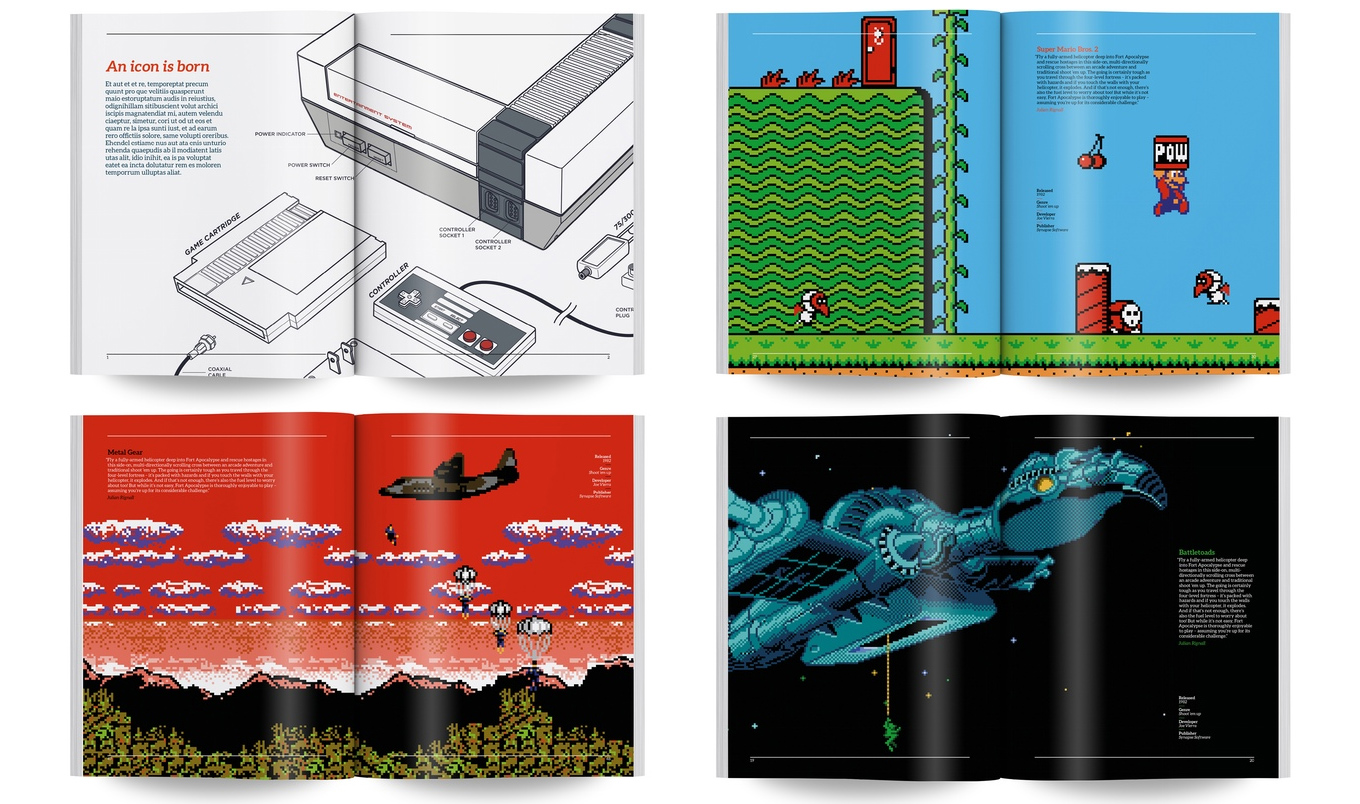 Within the NES Compendium, among the hundreds of screenshots, there are fold-out featurettes of specific better-known games such as the legendary Super Mario Bros, which we all know appeared first on the NES. Opening up the huge fold treads you to a four-page wide image of the entire World 1-1 level showing all enemies and obstacles along with background and all the colours and, of course, a snippet from Ross Burnett telling how he loved the game so much, he showed off his skills to his girlfriend on a trip to Tokyo. Really insightful. 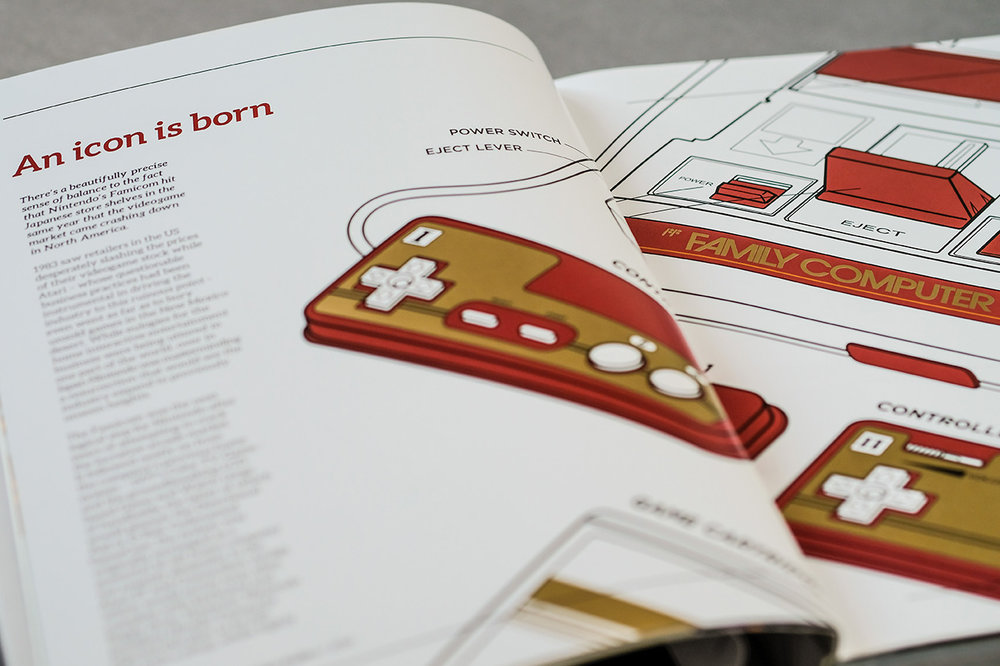 There are also games like Jaws, Metroid, Duck Hunt and Gyromite featured within the book all accompanied by beautiful artwork showing screens of excellent pixel art and design. Each page shows it wonderfully making up one of the best collections I’ve ever seen accumulated in a single hardback. It’s clear Bitmap Books have done their research. Each person listed in the contributions page staggers on sight. They’ve done an impressive amount of running around to bring you such an expertly designed book.

Get your copy HERE 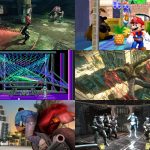 Gaming Respawn’s Why Haven’t We Gotten These Sequels Yet? 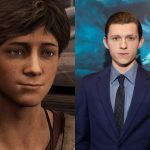